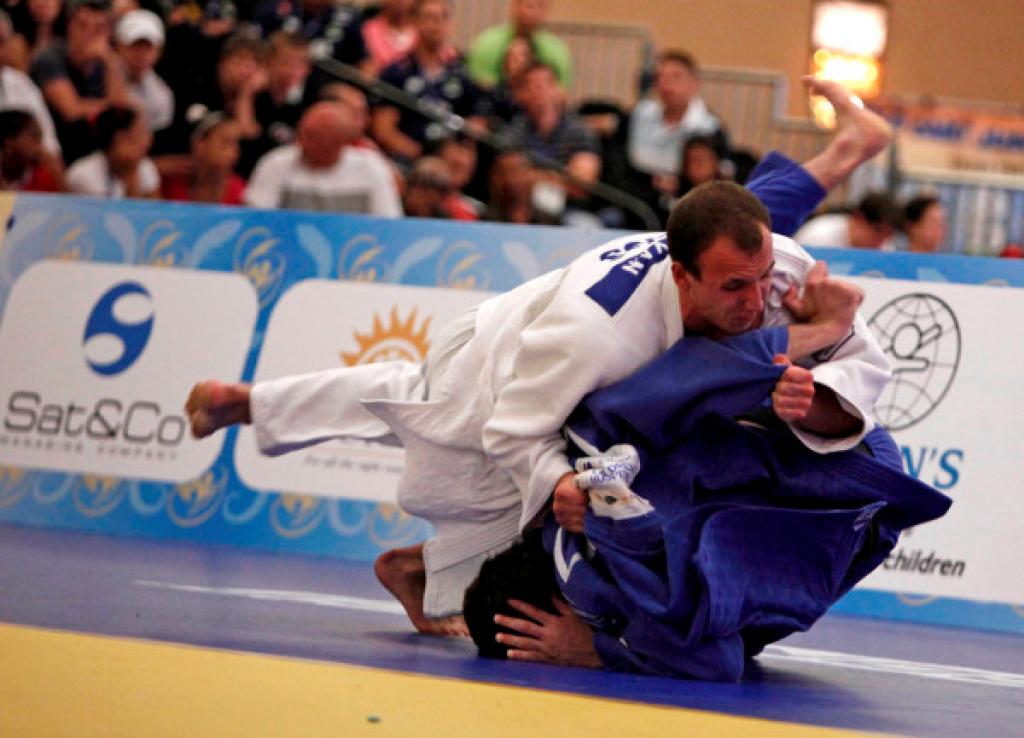 At the last day of the Cadet World Championships Russia and France hit the medal table taking the gold in women’s U70kg and men’s U90kg. The four-day competition, which attracted 77 countries and 530 judoka, was high on quality as several outstanding talents stamped their mark on the biggest competition of their budding careers. Judo fans around the world were introduced to the sport’s leading judoka who are on way their way to becoming common names in judo.

The 2013 Cadet World Championships is a stepping stone for any young judoka and one where success bodes well for a smooth transition into junior and senior judo. The competition has also been a qualifying event for the 2014 Youth Olympic Games in Nanjing, China which for many athletes will be their next major competition.

After the fourth day of competition a record 25 countries had won medals which illustrated that the sport is one of the world’s most widely practiced sports among teenagers in addition to its global notoriety at senior level.

Cadet European champion Marie Eve GAHIE (FRA) added world gold to her continental success with a win against top seed ENDA Mako (JPN) who fell at the final hurdle on the world stage for the second time. As ENDA aimed to atone for her 2011 Cadet World Championship final defeat she was full of endeavour. However, her will to win saw her become overzealous and as she attempted an uchi-mata she was countered with a ko-soto-gari for ippon.

With a minute left in the contest the advantage lied with French Morgane DUCHENE as GARCIA SAVIGNE had been penalised twice with a shido while DUCHENE only had one indiscretion to her name. However, GARCIA SAVIGNE exploded forward to hook DUCHENE with a ko-soto-gake and wrapped up the contest with a mune-gatame for ippon. GARCIA SAVIGNE took her place in the final when Michelle GOSCHIN (GER), who had two shido penalties to her name, was forced to withdraw with a minute left due to a foot injury.  In the second semi-final DUCHENE defeated Coimbra Junior European Cup winner Ana Laura PORTUONDO ISASI (CAN) with a harai-makikomi earning ippon.

The first bronze medal was captured by European Youth Olympic Festival bronze medallist Sara RODRIGUEZ (ESP) who extinguished the medal aspirations of PORTUONDO ISASI to win Spain’s first medal of the championships. PORTUONDO ISASI was initially full of industry but that wore off and RODRIGUEZ clinched a place on the medal podium after only receiving one shido compared to the two accumulated by her opponent. The second bronze medal was awarded to Vasylyna KYRYCHENKO (UKR) who defeated Wroclaw Junior European Cup silver medallist GOSCHIN with two yuko scores going unanswered. GOSCHIN was limping through the second half of the contest and deserved credit as she showed her fighting spirit by battling until the four minutes elapsed.

Two-time Cadet European champion and top seed Karlen PALIAN (RUS) conquered teammate and Orenburg European Cup silver medallist Shota VANIEV (RUS) in the -90kg final. The all-Russian contest saw VANIEV go in front with a waza-ari and although PALIAN managed to fight back with a yuko but it failed to impact the outcome as he was penalised to the maximum degree with hansoku-make for a leg grab.

Bielsko Cadet European Cup bronze medallist OTA Hyoga (JPN) defeated Balkan Junior Championships winner Harun SADIKOVIC (BIH) in the last fight of the competition to be crowned world champion. The -90kg final was decided by shido penalties as both men were visibly fatigued after a punishing day of competition. OTA took his place on the top of the medal podium after his opponent had infringed on two occasions with the Japanese boasting an unblemished record. OTA Hyoga booked his place in the final by prevailing against European Youth Olympic Festival bronze medallist Fedir PANKO (UKR) with a kami-shiho-gatame. SADIKOVIC reached the final by shocking Cadet European Championships and European Youth Olympic Festival winner Ruslan SHAKHBAZOV (RUS) who was bidding for a clean sweep on major titles this year. SADIKOVIC was handed victory as an out-of-character SHAKHBAZOV accumulated four shido penalties to receive hansoku-make. OTA had derailed America’s medal ambitions by besting Nicholas IRABLI (USA) in the second round. A koshi-jime attempt was not having the desired effect for OTA so he transitioned into a mune-gatame and held IRABLI for 20 seconds for ippon.

The first bronze medal was awarded to SHAKHBAZOV who outlasted Pitesti Cadet European Cup silver medallist Hugo PRAXEDES (BRA). In an unspectacular contest both judoka had two shido penalties to their name at the halfway point. They failed to learn from their inaction and the Brazilian was penalised for passivity and then for a false attack which was his fourth shido and saw him receive hansoku-make. The second bronze medal was presented to Berlin Cadet European Cup bronze medallist Messie KATANGA (FRA) who defeated PANKO. KATANGA lost out at this stage at the Cadet European Championship but succeed this time around on the world stage as France’s good form continued. The contest followed the same path as the previous bronze medal match as both judoka traded penalties. With two shidos apiece and only 30 seconds left the contest looked set for golden score but there was time for PANKO to earn a third shido for a false attack which handed the medal to the French fighter whose bloodied mouth had been bandaged up from an inadvertent clash of heads.