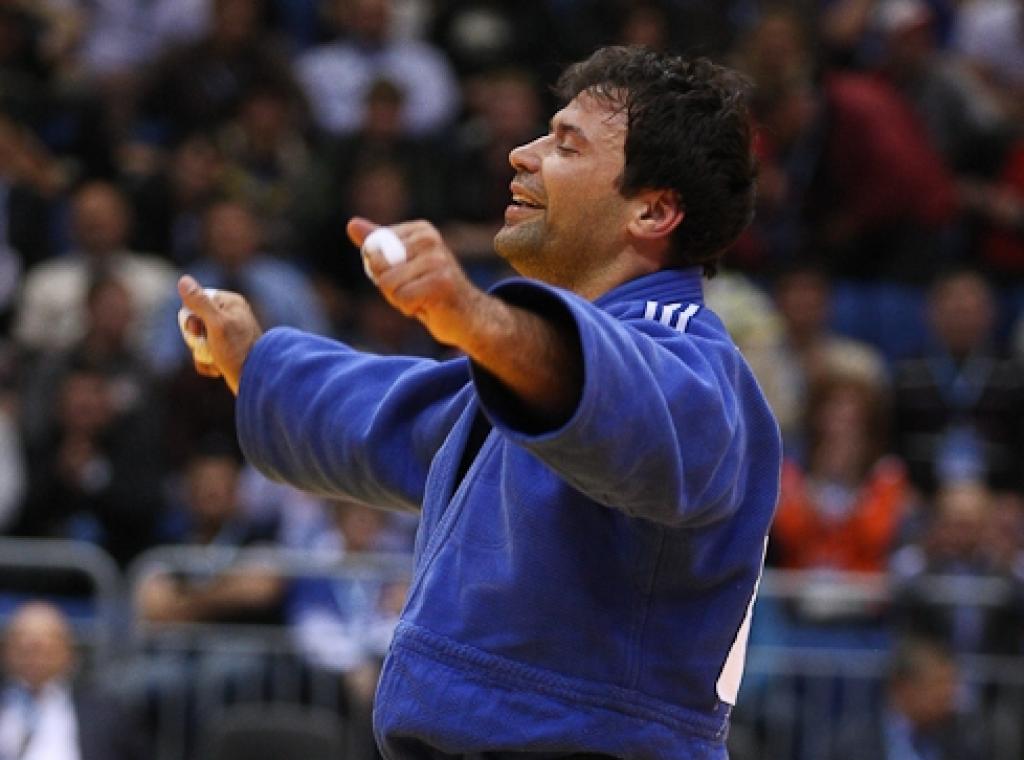 Ariel Zeevi, the current European Champion U100kg from Israel and one of Europe’s best-loved athletes, announced his retirement on Monday.
Zeevi, aged 35, took part in four Olympics and won a bronze medal at the 2004 Athens Games. His first-round defeat in london this year to German Dimitri Peters was his last bout.
Zeevi: “The last few months have not been easy, I felt things I hadn’t felt previously. It started with the defeat in London… and suddenly I realised that I had no more aims, I had fought my last bout and it made recovery from the loss so much more painful,” Zeevi told reporters.
Zeevi won nine European championship medals including four golds, and a world championship silver in the open category in 2001.

Known by his nickname Arik, he became the oldest European champion in his weight division when he won the title for the fourth time in April in Chelyabinsk.

Zeevi however celebrated many successes and victories. Also he carried the Olympic flag as Israel’s pride.