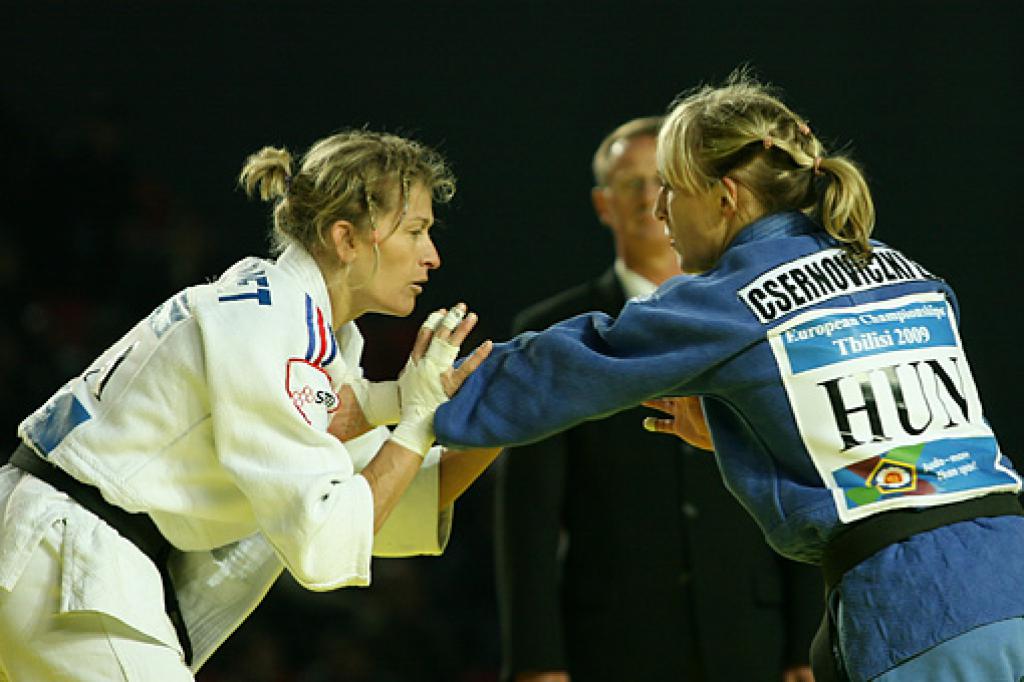 Friday review
– Russia was the most successful on Friday in Tbilisi winning two gold medals (U60 and U52), both very young. Arsen Galstyan and Natalia Kuzyutina are both 20, even younger than Tamerlan Tmenov who was the youngest Russian European champion ever. He won the European title in 1998 (Oviedo) at the age of 20 too, but was older than Natalia Kuzyutina who’s 20 years and almost 2 months. Arsen Galstyan is 20 years and almost 3 months young.
Galstyan’s gold medal was the 100th European medal of Russia since 1993. With Friday’s 3 medals in making total 102 medals, 31 gold, 30 silver and 41 bronze.

– Hungary was successful too with 3 medals, all different colors.
Miklos Ungvari second European title after winning in 2002 was the 11th gold medal for Hungary. Ten of them in the men’s category. Bertalan Hajtos and Miklos Ungvari are the only ones winning twice.

– Telma Monteiro won her third European title, for the first time in this weight category. Of 6 European gold medals, she’s the only woman in Portugal to be European champion.

– For Frederique Jossinet Friday’s title was her third in her career after winning in 2001 and 2002. It also was the 75th female gold medal for France, and the 12th in the U48 category.