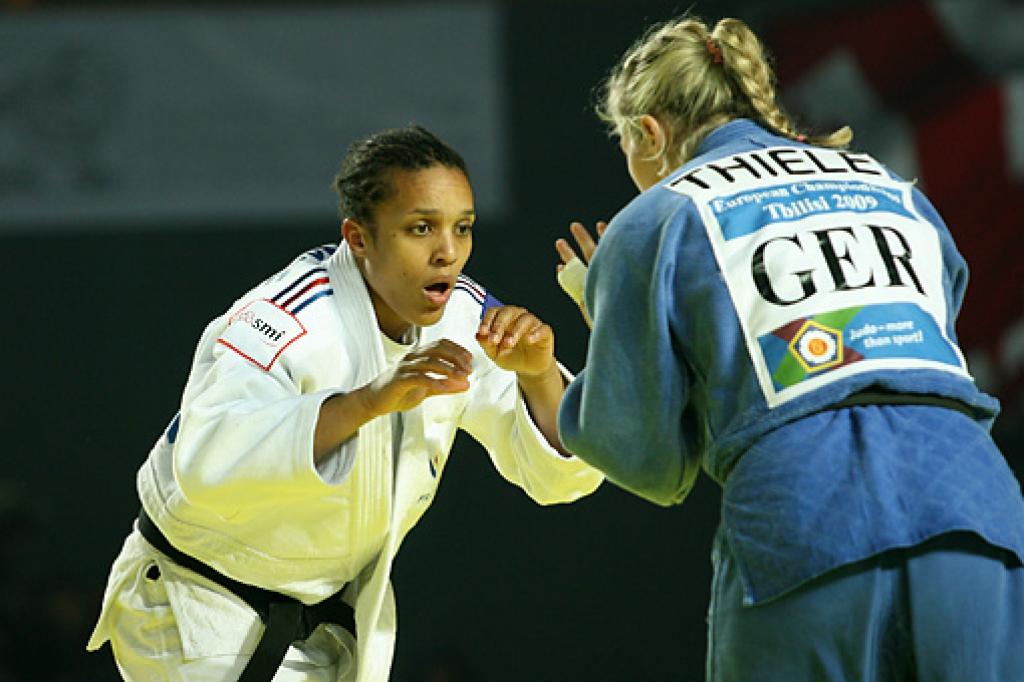 – Ivan Nifontov’s gold medal was Russia’s third after yesterday’s two titles for Kuzyutina (U52) and Galstyan (U60). Russia now leads the medal table with five medals: three gold, one silver and one bronze.

– So far nine different countries have won silver. The total number of participating nations is 39, and we have five more weight categories to look forward to on Sunday.

– Slovenia celebrated its second gold medal ever in the history of the European Championships. In total Slovenia have won two gold medals, two silver, and 13 bronze including the surprising Aljaz Sedej (U81) who beat Olympic Champion Ole Bischof. None of the Olympic gold medallists (Giulia Quintavalle, Alina Dumitru and Ole Bischof) have been able to match that performance here in Tbilisi.

– Yesterday Miklos Ungvari (HUN) won the European title. His younger brother Attila fought for bronze today, but lost his bout. Dex Elmont however did improve on his older brother Guillaume Elmont’s performance for the first time winning the silver medal.

– Ukraine won its eighth gold medal at the European Championships. Volodymyr Soroka beat Dex Elmont (NED) in the final. Gennadiy Bilodid was the first to win gold for Ukraine in 2001. He also won in 2003. Marina Prokofieva is the only woman to have won the gold for Ukraine (2004).