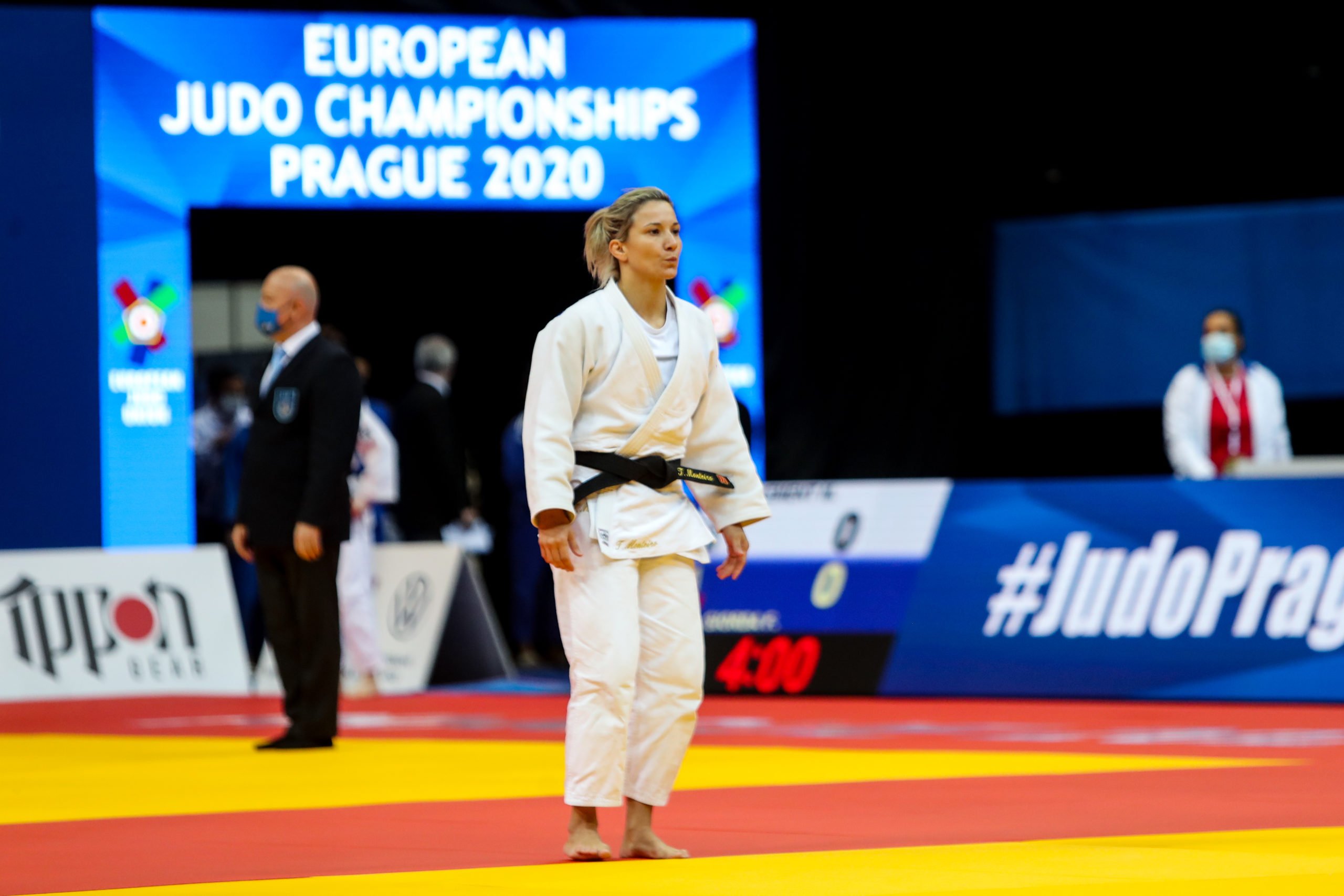 The Altice arena on the coast of Lisbon, Portugal is ready to welcome the European athletes hoping to take home the 2021 title and in less than a week we will already be able to name five following an exciting first day of competition.

For Daria BILODID (UKR) this will be an important return to try and reclaim her top spot after a struggle to return to her full potential after the initial covid-19 stop to competition. Since the Budapest Grand Slam we have seen the rise of Distria KRASNIQI (KOS) who has cemented that leading role but a small error on her behalf allowed the European title to evade her and instead go to Shirine BOUKLI (FRA) who will not be competing.

Yet another national head to head continues for Julia FIGUEROA and Laura MARTINEZ ABELENDA (ESP) with both women seeded in the top eight and striving for the podium.

In the -60kg category, current European Champion Robert MSHVIDOBADZE (RUS) is leaving it to teammate Yago ABULADZE to bring home the gold for Russia this year as the latter is top seed. The 23 year-old Russian has already taken on and defeated his competition including multiple European medallist, Francisco GARRIGOS (ESP) most recently in the last European Championships as well as Tornike TSJAKADOEA (NED) in the IJF World Master event this year.

Despite these wins there is always the danger of pressure which he will certainly be feeling as the number one seed, but a threat could also come from Georgian neighbour, Temur NOZADZE after suffering defeat in the 2019 Baku Grand Slam. Nozadze most recently stole the show and the gold medal in the Tbilisi Grand Slam and silver in Tel Aviv. The lightweight category champion will be a difficult call to make.

One of only five returning European Championships next week is Odette GIUFFRIDA (ITA). It was an emotional win in 2020 after a difficult year with Italy at the epicentre of the pandemic for quite some time and to finally take the title, it was a great achievement. The competition is stiff in the -52kg category with Amandine BUCHARD (FRA) as the #1 seed as well Ana PEREZ BOX (ESP) and Israeli double act Gili COHEN and Gefen PRIMO in seeded positions.

However there could be some outside difficulties in the form of 2020 silver medallist Andreea CHITU (ROU) and PEREZ BOX’s teammate, Estrella LOPEZ SHERIFF who took silver last week in Antalya and placed third in the 2020 European Championships. Looking further down the list of entries, a name stands out. Sofia ASVESTA who took the first ever Junior European medal last year for Cyprus is now trying her luck in the senior league.

The second of the mens division on day two will see a possible head to head between Azerbaijan’s two athletes who remain neck and neck in the WRL, Orkhan SAFAROV will want to keep hold of his European title and lead in the rankings but he won’t only be fighting his European opponents, but friend Nijat SHIKHALIZADA as well.

2018 U23 European Champion, Alberto GAITERO MARTIN (ESP) has certainly made his mark in the -66kg category, making finals of the Tel Aviv and Antalya Grand Slams this year, losing out on gold in the latter to ABE Hifumi (JPN). A senior European title could be on the cards for him this year.

Of course, the likes of the top two seeds Vasha MARGVELASHVILI (GEO) and Manuel LOMBARDO (ITA) will not make it easy. The latter will be striving for a better experience as a shock first round sent him home during the Prague European Championships.

Europe’s top seeds of the -57kg category are all here and waiting to prove their ranking worth. At the top is Nora GJAKOVA (KOS), an incredibly strong component of the Kosovo team and leader of the European -57kg women, followed closely by Sarah Leonie CYSIQUE of France. With the potential of a head to head final between the top two, there is no way to predict the outcome based on history alone as there is a 1:1 record.

However, we can’t make final assumptions just yet looking at the rest of the line up. Telma MONTEIRO is flying the flag for Portugal, a title at home would be truly special, World bronze medallist Julia KOWALCZYK (POL) is in fighting form, taking bronze in the Antalya Grand Slam and following closely behind are two of the biggest throwers in the category; Eteri LIPARTELIANI (GEO) and Daria MEZHETSKAIA (RUS) at #7 and #8. The top seeds look enough for a great tournament but let’s not forget the up and comers including Italy’s Veronica TONIOLO and Silvia PELLITTERI, both of whom are looking for their senior breaks.

Major tournaments are always throwing surprises our way and we can’t wait to see who puts in the astounding performances on day one of the Senior European Championships 2021.