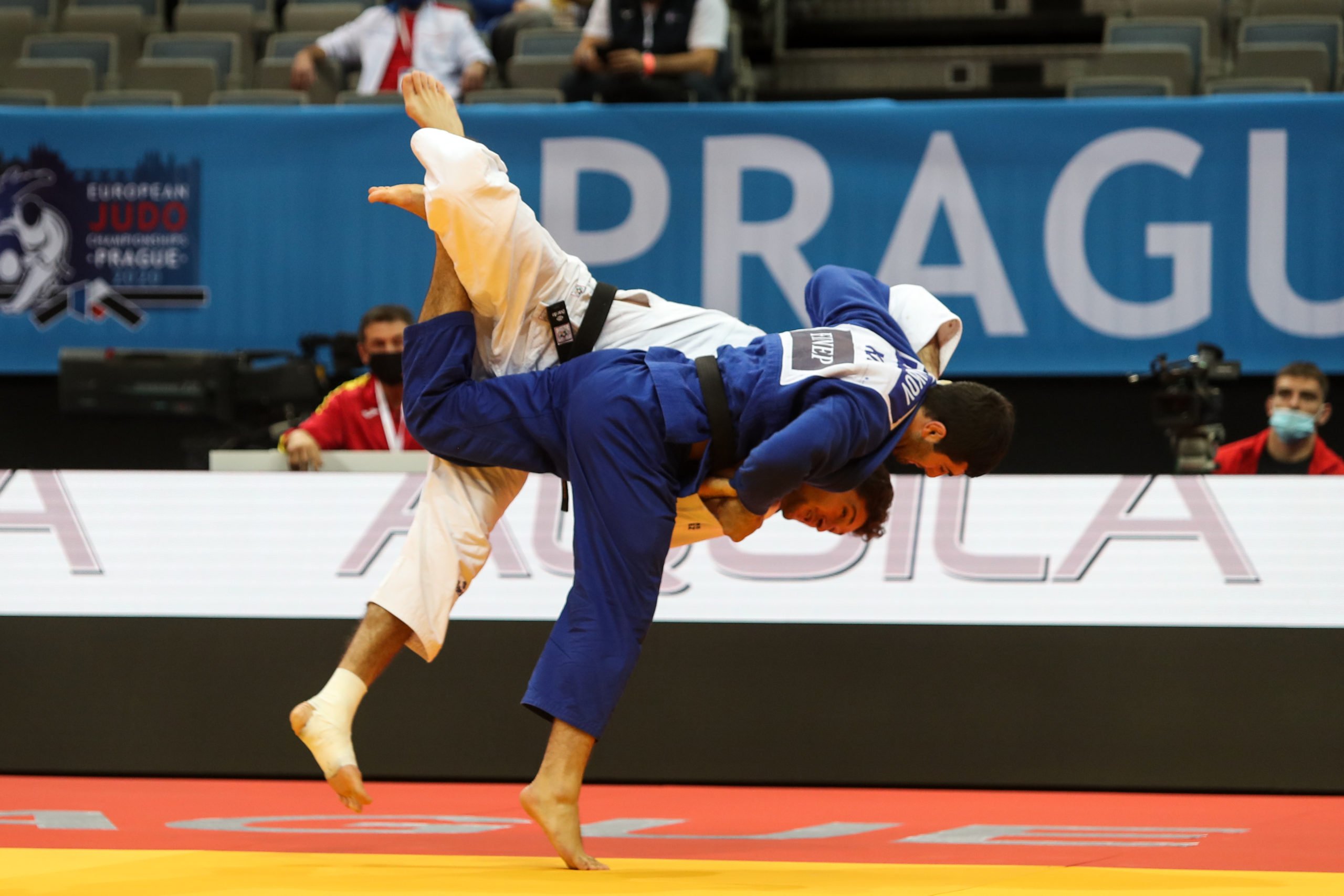 The third and final day of the European Championships 2021 will see the heavyweight categories go head to head for the five remaining titles in Lisbon.

All but one of the top eight European athletes in the -90kg category are registered to compete this week, due to the absence of Mammadali MEHDIYEV (AZE), Michael ZGANK (TUR) finds himself in a fortunate seeded position.

With a vast amount of world-class names including current and former World Champions, Noel VAN T END (NED), Nikoloz SHERAZADISHVILI (ESP) and Nemanja MAJDOV (SRB) as well as current European Champion Mikhail IGOLNIKOV (RUS) there is no doubt we will have some sensational contests but likely to cause upset is Marcus NYMAN (SWE). The Swedish athlete has doubled his luck recently by snatching two back to back Grand Slam gold medals in Tbilisi and Antalya.

Nyman returned in 2019 after a fifth place in the Rio de Janeiro Olympic Games and seems to have lost nothing in that time off, having little issue finding his way to the final block on most occasions, including during the 2019 World Championships in Tokyo. Another nail-biting situation is that of the Georgian duo, Lasha BEKAURI and Beka GVINIASHVILI who seem to be in a tough head to head to take their place in the 2021 Games.

The Dutch have a head to head with the #3 and #6 seeds, Guusje STEENHUIS and Marhinde VERKERK. This competition alone puts pressure on the pair, not to mention the outside competition from another formidable pair also within the top eight; Fanny Estelle POSVITE and Audrey TCHEUMEO. It will be a very close competition in the -78kg category, even with the missing Frenchwoman Madeleine MALONGA among the seeded athletes however they should all be watching out for Karla PRODAN (CRO).

Prodan has gone from strength to strength since we came out of lockdown, medalling in U23 and Senior European Championship events as well as a bronze medal in the Tel Aviv Grand Slam then later reaching the final in Tashkent. She may only be 22 years-old but she is quickly securing her place among the best.

We can’t miss the home favourite and yet another young woman to be rising through the ranks, Patricia SAMPAIO (POR). It will be an interesting return for the Portuguese as we haven’t seen her since an early exit in the Budapest Grand Slam however she will have been working hard to make an impact as a host of the European Championships.

In the -100kg category, the top two seeds, Varlam LIPARTELIANI (GEO) and Peter PALTCHIK (ISR) met for an earlier exchange in the 2020 European Championships, a contest worthy of a final, but this time they might both get their moment to fight for gold. That is, not before meeting an onslaught from current World Champion and host nation representative, Jorge FONSECA (POR), Michael KORREL (NED) and Niiaz ILYASOV (RUS), all in the top five.

There appears to be a continued battle of the Azeri team with recent Antalya Grand Slam winner and last years European bronze medallist Zelym KOTSOIEV who has climbed in to the top ten in the WRL, passing team mate, 2016 Olympic silver medallist Elmar GASIMOV.

Further down the ranking we have Cyrille MARET (FRA) who is returning following a serious motor incident, joining number #8 seed Alexandre IDDIR who will also be gunning for a French title. A real game changer could be the young Georgian, Ilia SULAMINADZE, the 2019 and 2020 Junior European Champion and Tbilisi Grand Slam silver medallist. That would be his second consecutive medal in a Grand Slam and is certainly proving he is here to run with the top players.

With Romane DICKO (FRA) out of the European Championship race, team mate Anne Fatoumata M BAIRO may be the one to take glory for France but will need to battle multiple world and European medallists to reach the top of the podium. Though in the latter half of the entry list, Lea FONTAINE of France has proven to be unstoppable on the European junior circuit and will be testing the senior waters in Portugal.

Once again, the home nation has a big personality in the rankings, Rochelle NUNES took a very emotional bronze medal in the senior European Championships last year in Prague, we can only imagine how ecstatic she would be to take a win on home turf. Recent performances would certainly suggest she is ready to, at the very least, make it to the final given her silver medal achievements in both the Tel Aviv and Tbilisi Grand Slams.

The 2020 European Championships in Prague didn’t quite go to plan for Lukas KRPALEK (CZE) but following a positive case of covid-19, he was not his usual self. The #1 seed has had time to recover and is now in the year of the Olympic Games where he could complete his European, World and Olympic title claim in the +100kg category to match his accomplishments at -100kg.

Unfortunately for Krpalek, his contenders won’t make it easy, some more desperate than others to top the podium in Portugal. The Dutch are at it again on day three with a fierce duo in the top 5. Henk GROL and Roy MEYER are incredibly close in the WRL and will need to pull out an incredible performance to contribute to their chances of being picked for the Games.

Guram TUSHISHVILI (GEO) will be keen to take back his leading role, the 2019 European Champion was forced to settle for bronze last year following a loss to the #2 seed in Lisbon, Inal TASOEV (RUS).