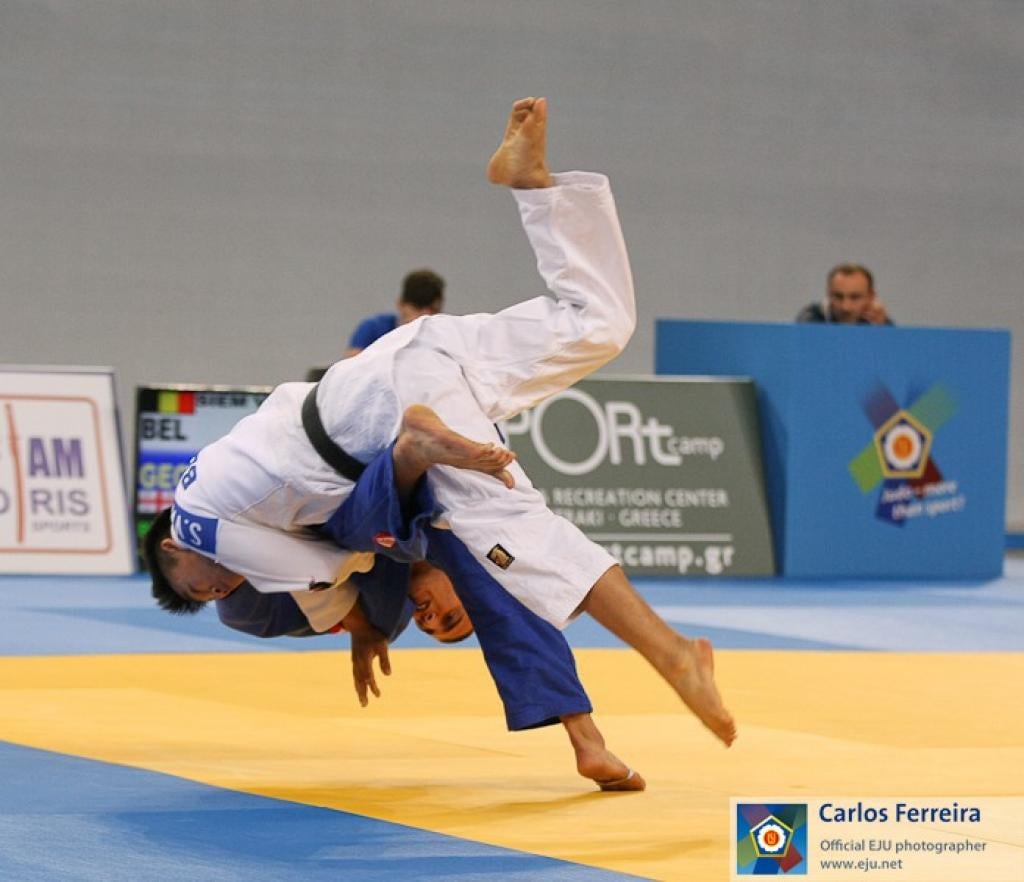 MEN
-66kg (41 athletes)
In Tallinn 2013 European Championship U18 he won the gold medal in the-60kg category. In 2014, he has already won three gold medals, this time in European Cadets Cup and specifically in Antalya, Coimbra and Berlin, all in the -66kg category. The man in question is Hidayat Heydarov (AZE), who is the favourite to win first place in the-66kg European Championships in Athens, which is obvious from his overall commanding presence. The largest class of the event involves a further 40 athletes, of whom stand outs are Hryhory Klebcha (BLR, 7th at the World Championships in Miami at -66kg), Beka Udesiani (GEO, 7th 2012 in Montenegro at -60kg), Gajus Brazionis (LTU, 7th last year in Tallinn at -60kg), Ismail Chasygov (RUS, 5th in world ranking at -66kg) and Milan Buncic (SRB, 10th in the world).

-73kg (35 athletes)
The main feature of this category is the lack of any medal winners from previous European Cadet Championships. It is sufficient to say that only Tim Gramkow (GER) and Christopher Wagner (AUT) have made the septet of some previous events. Specifically Gramkow was 5th in Tallinn in the -73kg category and 5th in Montenegro in 2012 at -66kg. As for Wagner, two years ago he was in seventh place at -66kg. Beyond those two, Alexandr Kolesnik (RUS) ranks third in the world rankings, while a position below stands Samir Aghayev (AZE). The top seven list is completed by Giga Gigauri (GEO) and Stuart McWatt (GBR) who are in 6th and 7th place respectively. In 27th place in the world (and 16th in Europe), stands Vasileios Balampanasvili, the athlete who embodies the most serious medal hopes for Greece.

WOMEN
-52kg (29 athletes)
Kristina Shilova (RUS), Betina Temelkova (BUL), Barbara Ertl (GER), Andreja Leski (SLO) and Julie Kemmink (NED) are the main candidates to win the gold medal in the -52kg category. Shilova, who ranks first in the world rankings with 240 points, was third at the World Championships in Miami at -48kg and third in Tallinn, also at -48kg. Temelkova, No.-5 in the world, was bronze in Miami at -48kg and gold medalist two years ago in Montenegro at -48kg, whilst Ertl is in second place on the world rankings, thanks to a gold medal at the European Cup Cadets in Coimbra and a silver that was won in the European Cup Cadets of Zagreb and Berlin,. Regarding Leski, she was second in Tallinn in 2013 at -48kg and seventh in Bar in 2012 also at -48kg, while Kemmink was fifth in Tallinn, in the same category that she will compete on Greek soil.

-57kg (29 athletes)
All three judoka who occupy the top three positions in the global ranking at -57kg will be present in Athens. These are Hilde Jager (NED), who in 2014 was first at the European Cup Cadets in Berlin and Zagreb, Mariia Gryzlova (RUS), who was placed first in the European Cup Cadets 2014 of Tver and Antalya, and Hannah Deliu (GER) who excelled in the European Cup Cadets of Bielsko Biala and Coimbra. This category also involves Fleur Den Dekker (NED, second last year in Tallinn in-52kg category, Ulyana Minenkova (BLR, fifth in the world championships in Miami-52kg) and Emilia Kanerva (FIN, fifth last year in Tallinn at -52kg ).

-63kg (28 athletes)
Three gold medals in as many events has given Lara Reimann (GER) the necessary impetus to reach the top of the world rankings in the -63 kg category achieving 300 points. The 17 year old judoka was first in the European Cup Cadets of Zagreb in early March, followed by first place in the European Cup Cadets of Coimbra in mid-April and Berlin in early May. In second place in the world with 40 points difference from Reimann stands the representative of Hungary, Renata Lorinc. Among the athletes who will play a leading role in the medal race are: Marina Olarte (FRA, 7th in the World at the Miami -63kg), Lubjana Piovesana (GBR, 3rd in Miami at -63kg and seventh in the world rankings), Ivana Sunjevic (MNE, 7th in both 2012 and 2013 in Montenegro and in Estonia at -63kg) and Anastasiya Kolyadenkova (RUS, the fifth in the world with 180 points).