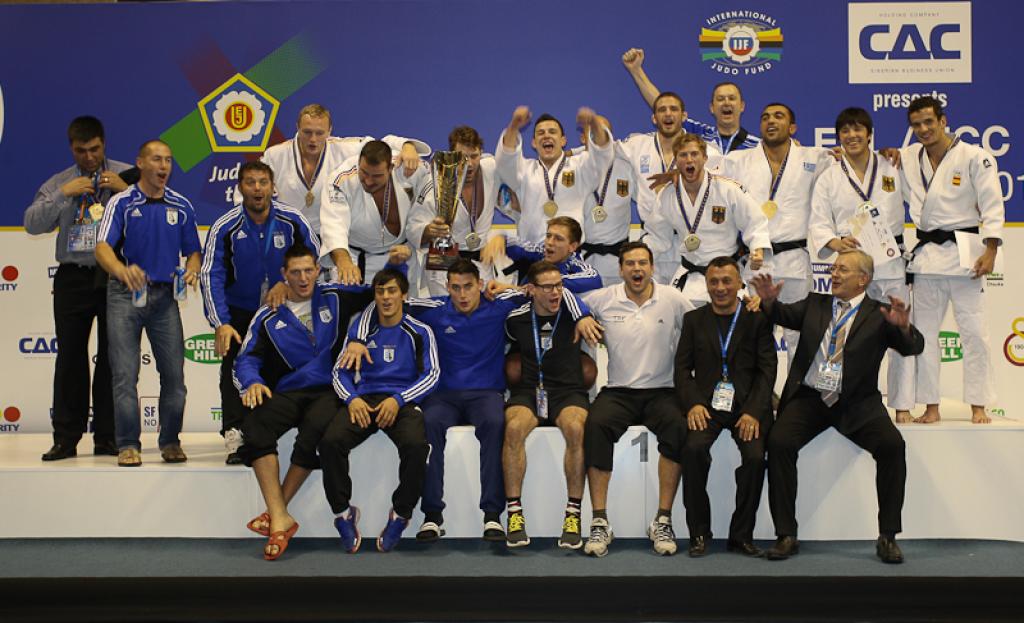 Many of the top stars in the world will be present at the fireworks of this year, the European Championships for Clubs in Paris.

At 21 December Olympic , World and European Championships will gather to fight for the European team title. At the start names such as Yarden Gerbi, Loic Pietri, Majlinda Kelmendi, Masur Isaev, Kim Polling, Ilias Iliadis, Morgane Ribout, Teddy Riner, Marhinde Verkerk, Georgii Zantaraia, Lasha Shavdatuashili, Dimitri Peters and many more. Twenty men’s team will be at the start and fifteen women’s teams. The European Championships for Clubs, formerly the European Cup, is organised since 1960 and many times Paris was the host city. However since 1996 it was for the last time that the men’s event was held in the capital of France. Then it was TSV Abensberg (GER) to win against Kenamju (NED). Abensberg is the current men’s European Champion. Last year in Istanbul they took the title against Yawara Newa. The women’s team of Red Star Champigny won last year’s title. It will be a spectacular day where the teams will be drawn in various pools, so each team will at least fight two matches. From 13:00h the best teams of the pools will fight in a knockout system, followed by the final four broadcasted live on TV. The stadium of the Institut du Judo in Paris will be completely full and fans across Europe will cheer for their teams. Watch The European Championships for Club Saturday 21 December in your favourite judo channel EJU.net The men’s medallist of 2012: 1. TSV Abensberg (GER) 2. Yawara Newa (RUS) 3. St. Genevieve (FRA) 3. Galatasaray (TUR) The female medallist of 2012: 1. Red Star Champigny (FRA) 2. Yawara Newa (RUS) 3. Pontault Combault (FRA) 3. Galatasaray (TUR) Download the participating teams in in our calendar.