European Championships for Clubs this weekend 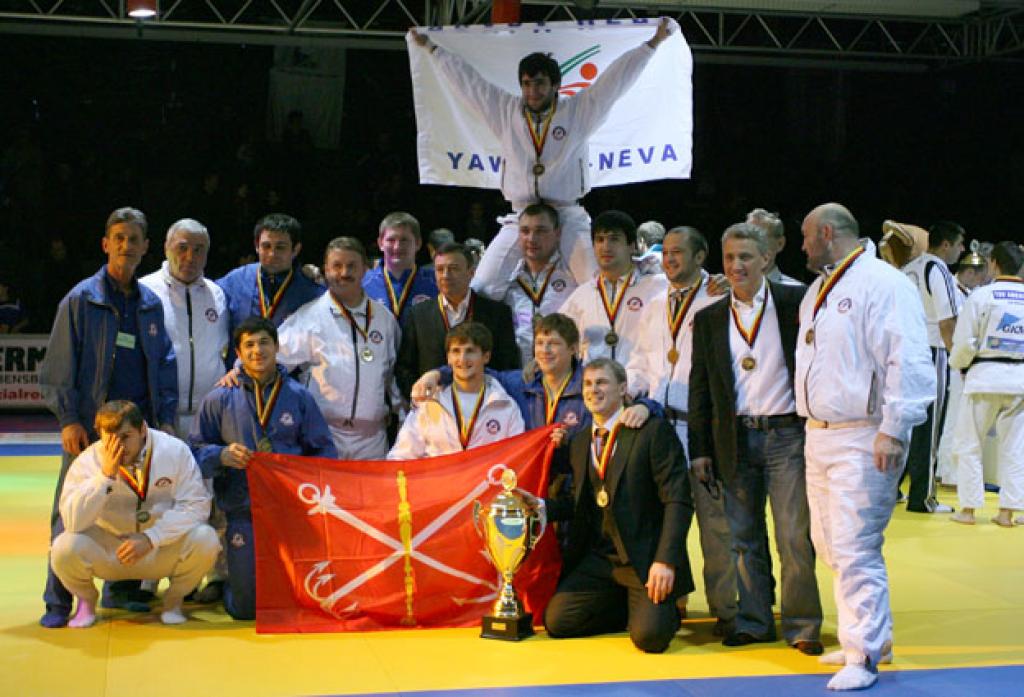 On Saturday the final of the European Championships for Clubs take place in Cheboksary. Title defender Yawara Newa is present. The Russian team won the European Cup last year in Abensberg in the final against French Levallois.

This weekend Yawara Newa, Abensberg (GER), Kocaeli (TUR) and St. Genevieve (FRA) will fight for the European title and the €10,000 prize money.
Since their first win in 2001 Yewara Newa is dominant in Europe. The Russians won the final six times. Last decade there was always a Russian club representing their country in the final. Excepted for 2003 when Dutch Kenamju won the title in the final against Abensberg. Yawara Newa then finished third.
In 2007 it was a full Russian final with Yewara Newa who defeated Gladiator.

This year the Russian team hosts top judoka like Alim Gadanov, Musa Mogushkov, Mansur Isaev and Ivan Nifontov to name a few in the defending champions team of Yawara-Newa.

German’s record holder TSV Abensberg also have a rich history in the former European Club Cup, now European Championships for Clubs.
The club from ‘Bayern’ are in the final for the 9th time in 10 years. Only in 2007 Abensberg was missing in the top 4 of Europe. Abensberg will show Olympic champion Ole Bischof U81kg (GER) among his team-mates former World Champion Georgii Zantaraia (UKR) and current World Champ Ilias Iliadis (GRE).

Follow live reports news and pictures this weekend in our website. The competition begins in Cheboksary on Saturday at 09:00 CET.

We our reporter Sheldon Franco-Rooks on-site with inside information. Stay stuned.