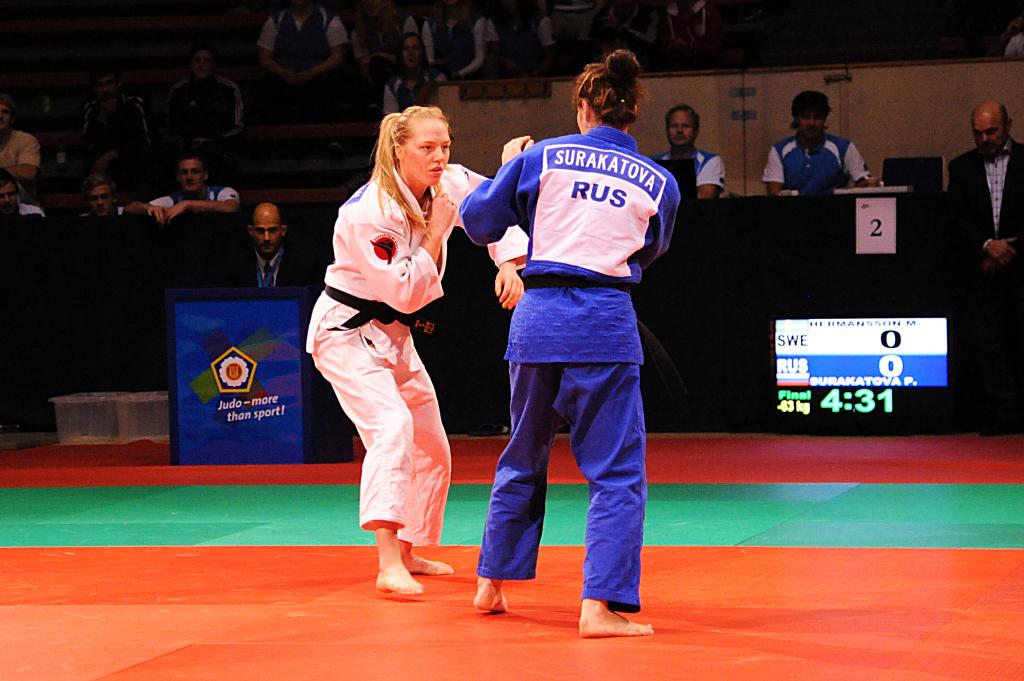 This weekend when it’s time for European Cup in Helsingborg, Sweden, there is one weight class that is drawing a bit extra attention: -63 kg.
After the World Championships in August there were two European Open for women and three Grand Prix (GP). In both European Open finals in -63 kg there were Swedish women: Anna Bernholm in Tallin and Emma Barkeling in Glasgow. In the first GP after the Worlds, in Zagreb, one of the finalist was Sweden’s Mia Hermansson. In the second, in Astana Anna Bernholm reached the final. Four tournaments in a row with Swedish athletes in the -63 kg finals, and three different athletes.

This unbroken chain of finals ended at the GP in Tashkent, but now all three will be on the mat at the European Cup in Helsingborg with one more final in sight. Hermansson, 21 years old and No. 25 in the World ranking, is aiming for her third gold medal in a row at the European Cup in Sweden in -63 kg. Bernholm, No. 18 in the World ranking, wants to show that she is Sweden’s number one. Barkeling, bronze medalist at the ECH -23 2013, beat Hermansson in the finals at the Swedish Championships in July and want to show that she is better than number three in Sweden.

Two judoka that want to be part in the hunt for medals in Helsingborg are Clementine Louchez, France, who reached the final 2012, and the Russian U-23 Champion Margarita Lugova.