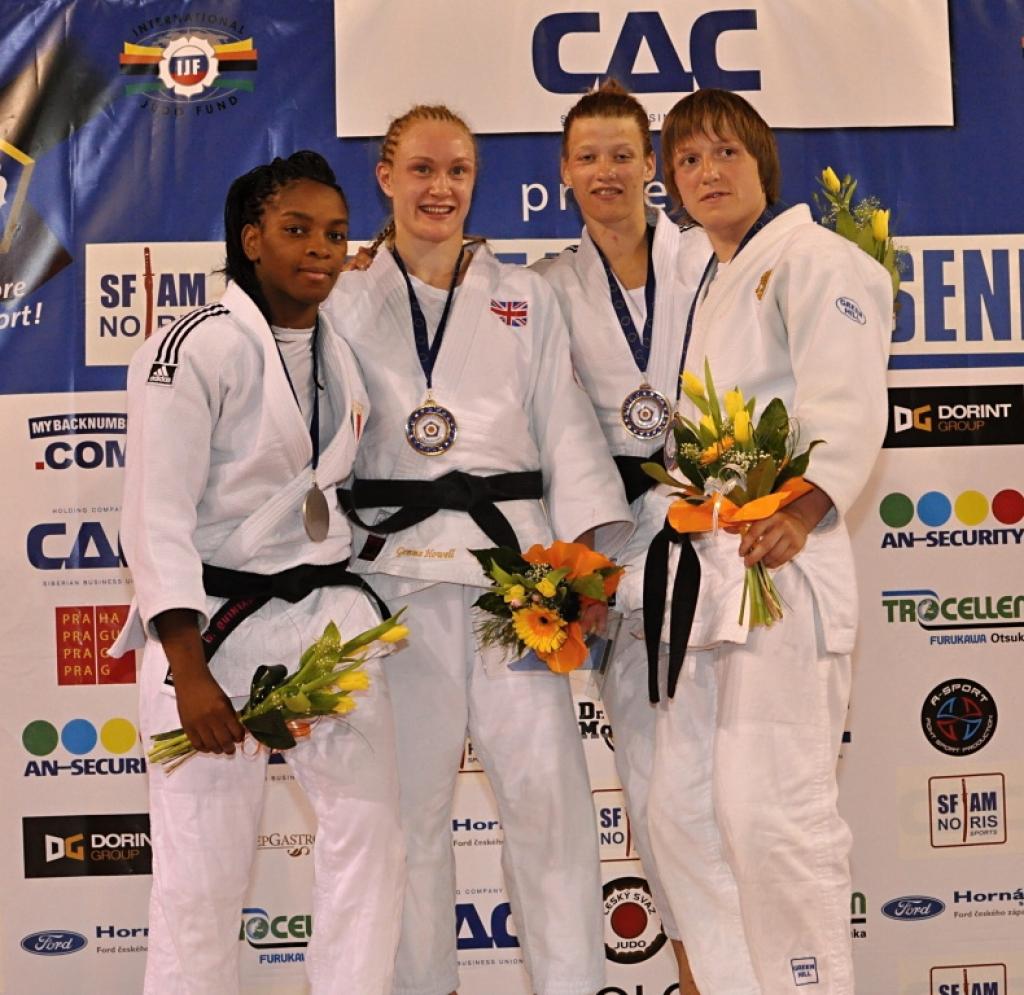 After David Dubsky (CZE) failed to qualify to the London Olympic U66kg, he announced his retirement from international competitions. But because the SFJAM Noris European Cup is held in Prague he decided to try an international completion one more time, and he did extremely well. On his way to the semi-final he threw all of his opponents for ippon, and managed get into the final with a waza-ari he scored in the golden score. Despite his loss to Christopher Voelk of Germany in an exciting final he performed the best of all Czech athletes. “I do not even remember being exhausted like now”, Dubsky said after the final. “I have tried my best but Voelk is very strong. But I have very much enjoyed the tournament!“ Voelk is good indeed and booked his second victory in a row, last week he defeated Miklos Ungvari in the final of the European Cup in Celje.

Watch carefully all of US athletes, suggested Jimmy Pedro before the tournament. Marti Malloy has not competed since February because of an injury. But today she celebrated her birthday in style and reached the final. She was fighting well in the semifinal against Filzmoser of Austria but she lost the final against Mueller of Germany who took her second win in a row after taking the victory to Germany at the adidas World Cup in Tallinn.
Marti will be in her best form in London, Pedro promised. Olympic tournament is very specific. And she is able to be in the podium, Pedro predicts. Happy birthday Marti, and good luck in London!

Armen Nazaryan showed very good judo during the day and won the U66kg category. He threw Elio Verde for ippon in the preliminaries with a text book style Ko-uchi-gari. His lighter compatriot Davtyan who is going to fight in U60kg in London took the silver medal, a satisfying results for Armenia.

Ludovic Chammartin of Switzerland was thrown for waza-ari in his opening match against Ashley McKenzie, part of the British Olympic team, but managed to equal the score and eventually he threw McKenzie for ippon. Then he continued throwing his opponents and got into the final where he met Ludwig Paischer of Austria. Paischer, who is not a great shape over the last year, had a remarkable day and came directly from the Minsk OTC but performed very well and won the final. “I instructed Ludwig to test some tactical variants during his fights here in Prague”, Thomas Netzer, coach of Paischer said. “We concentrated particularly on tachi-waza here and skipped some situation in ne-waza. This tournament was a great preparation for Olympics. Ludwig wants to repeat Beijing in London”, Netzer concluded.

Natalia Kondratyeva of Russia threw Katharina Menz of Germany for waza-ari in the opening seconds of U48kg final. She maintained the lead and won her category.

Majlinda Kelmendi of Albania threw Jacqueline Lisson of Germany in the
U52kg final with a superb uchi-mata for ippon and won her category, an expected win for the Kosovarian.

Gemma Howell keep on going winning tournaments. The British who will be selected for the Olympic Games soon defeated Edwige Gwend of Italy by yuko in the category U63kg. Howell is in a exceptional good shape at the moment and she took the fourth victory in a row.

The SFJAM Noris European Cup in Prague is a good test event for many Olympians, not all of them finished with a medal, some deliberately choose to fight in another category or quit after a wins not giving priority for a risky medal fight. Prague is looking forward to tomorrow’s fireworks when some Olympic favourites for a gold medal test their shape U100kg. More to expect on Sunday, so stay tuned and follow all matches via our live results system.