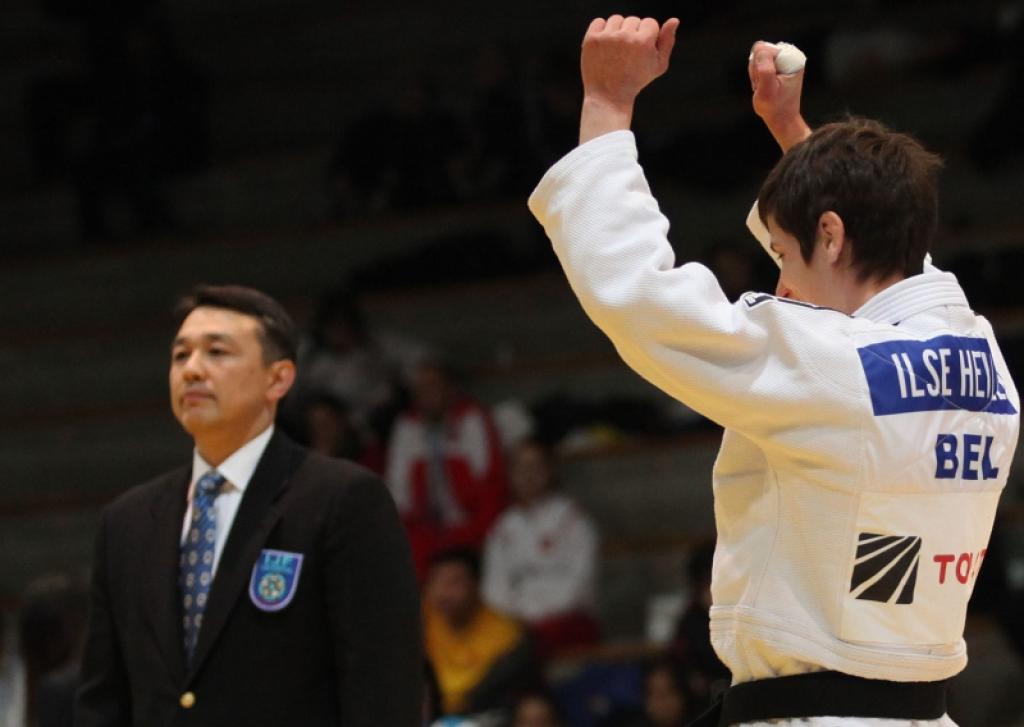 The first day of competition at the San Salvador World Cup ended with gold medal success for Ilse Heylen BEL -52kg, and Marijana Miskovic CRO -63kg both of whom won gold last week in Puerto la Cruz, Venezuela. They were joined on the podium’s top spot here by Krzysztof Wilkomirski POL -73kg who in a repeat of last week’s final faced team-mate Tomasz Adamiec. In an understandably tense and close final Wilkomirski edged past his rival for the No. 1 spot on the Polish team and in the process moved ahead of Adamiec by 30pts on the IJF World Ranking List.

Europeans swept the board by taking both bronze medals in this category with Jaomir Jezek CZE defeating Marco Maddaloni ITA and 20 year old Andrea Regis ITA defeating David Papaux SUI. Regis, last year’s Junior European Champion, collected his second World Cup bronze medal and is determined to qualify for London 2012. It will be quite an achievement if he manages not only to overhaul and displace Giovani Di Cristo, ranked 46 on the IJF WRL, but to collect in the next 9 months the necessary qualification points to break into the top 22.

Ilse Heylen’s Pan-Am Tour has netted her a total of 276pts from her four tournaments including two world cup gold medals. Her knee injury appears to have healed well and, having moved into the top 14, the Belgian looks ready for the World Championships in Paris next month. Like Heylen, Marijana Miskovic also put together fine performances on Tour. In an all-European final the Croatian defeated No. 1 seed Yarden Gerbi ISR. Gerbi, enjoying a reasonably successful Tour to Pan-America, has collect 200pts and a place in the top eight seeds in Paris.