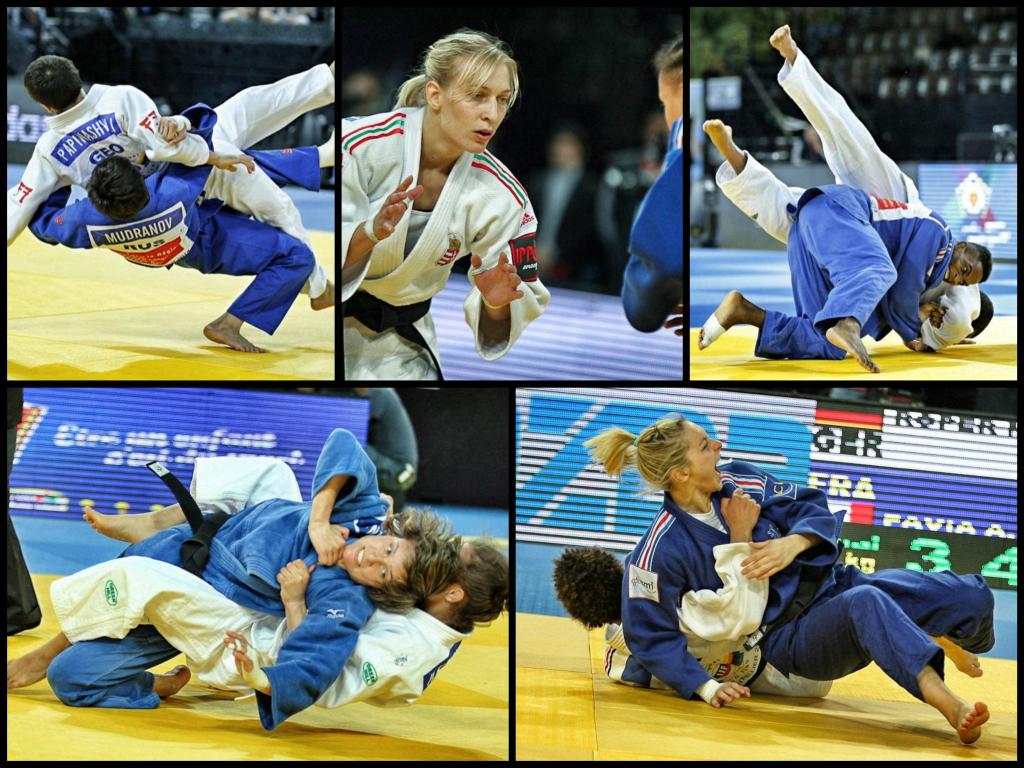 In a few days the 2015 European Championships will begin the historical event of the first ever European Games. For the athletes this multi sport event will be a special experience with more than 6000 competitors from 50 NOC’s who are competing across 20 sports. This is a huge event which also all European judoka are looking forward to compete at. They can collect important points for the world ranking and also towards the Olympic qualification list. The tournament will be spread across three days. It will begin on Thursday with the following categories: -48kg, -52kg, -57kg, -60kg and -66kg. Here is a little preview regarding the results of last year’s European championships.

CSERNOCZKI Eva (HUN) will be aiming to triple her European golden moments in the -48kg category. If she does so, this will be her third consecutive gold medal from the continentals. The 28 years old Hungarian judoka will enjoy the privilege of being number one seeded during the tournament. So who will be there to challenge her? Charline VAN SNICK (BEL), Dilara LOKMANHEKIM (TUR) and Monica UNGUREANU (ROU) will be all in line to take the final victory.

Russian fighter, Beslan MUDRANOV will be heading out to the capital of Azerbaijan to claim his third European title in the -60kg category. World silver medalist Mudranov, warmed up this year with two golden trips at the Pan-American continent and he will be number three seeded during the upcoming tournament. Amiran PAPINASHVILI (GEO) as well as Orkhan SAFAROV (AZE) will both be there to catch him.

In absence of the reigning European Champion Majlinda KELMENDI (KOS), Baku will bring actions from WRL 2, Natalia KUZIUTINA (RUS) in the -52kg category. If she will be the one to win it, then it will be the fourth time for the 26 years old judoka to celebrate a European title. However, the journey will not be as smooth, since world silver medalist Andreea CHITU (ROU) and world bronze medalist Mareen KRAEH (GER) will also have their eyes on that precious gold.

Loic KORVAL (FRA) won his first ever European title last year in front of his home crowed in the -66kg category. This year the 27 years old will return as number six seeded alongside his team mate David LAROSE (FRA) whom he defeated in the final last year. Number one seeded, European and world Champion, Georgii ZANTARAIA (UKR) will fight for the price alongside Mikhail PULYAEV (RUS) and Dzmitry SHERSHAN (BLR). Colin OATES (GBR) is also on his way for the title.

Double European Champion and Olympic bronze medalist, Automne PAVIA (FRA) also returns to the field as number four seeded of the -57kg category. Last year, the 26 years old overcame Miryam ROPER (GER) in the final. Roper returns as number three seeded, whilst four times European winner, Telma MONTEIRO (POR) will have the privilege to be number one in Baku. On the other side of the draw, Olympic silver medalist, Corina Caprioriu (ROU) will be in action for gold. It could be her second title after her win in Vienna, 2010.