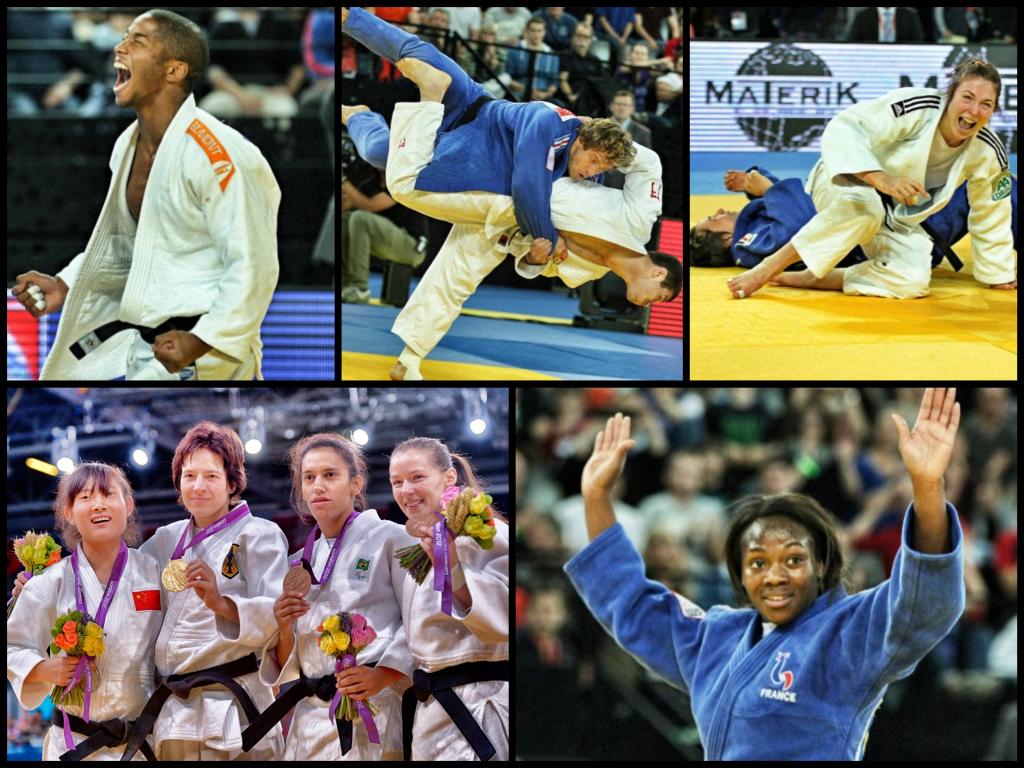 On Friday, the second day of the judo competition, the following categories will be seen on the tatami: -63kg, -70kg, -73kg and -81kg. Furthermore on the same day, visual impaired judokas will also be fighting for European medals. They had their last European championships in 2013. Here is a little teaser with a flash back of the previous European championships.

Reigning European and World Champion, Clarisse AGBEGNENOU (FRA) returns to take it all once more in the -63kg category. Tokyo Grand Slam winner (2014) and World bronze medalist Tina TRSTENJAK (SLO) was facing the French judoka in the final last year. Surely, she will be aiming for a payback. In the meantime, can Yarden GERBI (ISR) bounce back to win a European title in addition to her World title? No doubt, Kathrin UNTERWURZACHER (AUT) will be there to interrupt the triplet of aces.

Last year’s winner Dex ELMONT (NED) won’t only have one opponent on the tatami if he faces the WRL 1 and number one seeded, Rustam ORUJOV (AZE). The home-crowd will be on the edge of their seats concerning the action in the -73kg category. The 23 years old Orujov will have a long list of players to defeat if he wants to sing along on the top of the podium: 2013 European Champion, Rok DRAKSIC (SLO) and 2013 Masters winner Denis IARTCEV (RUS) are just few to mention.

The final of last year’s Europeans could be repeated in the -70kg category as Kim POLLING (NED) will take on the top half and Laura VARGAS-KOCH (GER) will fight through the bottom half of the draw. Polling has not been defeated in the past two occasions at the continental championships. After a longer injury she came back in Baku at the Grand Slam, just lost the final against Sally CONWAY (GBR) who – like Bernadette GRAF (AUT) or Gevrise EMANE (FRA) – will be aiming to break the regime.

It could be for the tenth time that WRL 1 Avtandil TCHRIKISHVILI (GEO) and WRL 2 Loic PIETRI (FRA) will battle against each other. Moreover, it could be a rematch of last year’s final if both was to see themselves in the final of the -81kg category. If Pietri was to win it then the head to head statistic could balance out for the French fighter. The Russian duet, Olympic bronze medalist and world champion (2009) Ivan NIFONTOV and Tbilisi Grand Prix winner Alan KHUBETSOV will both attend to stop them.

Judo is a very popular sport amongst athletes with visual impairment. It has featured in all four editions of the IBSA world championships and games and has been a Paralympic sport since the Seoul in 1988. Normally, judoka are split in weight categories while all sight classes – B1, B2 and B3 – compete together.

In Baku, there will be two categories on display. For women it will be the -57kg category, where London Paralympic bronze medalist, Monica MERENCIANO (ESP) will be amongst the ones aiming for gold. German Paralympic judo star and London 2012 Olympic Champion (-52kg), Ramona BRUSSIG decided to step up a weight class and take on the challenge. Brussig has experience in the -57kg category as she won silver medal in Beijing OG (2008) in this weight division.

For men it will be the +90kg category in action with home favourite and London Olympic bronze medalist, Ilham ZAKIYEV (AZE). Zakiyev also won the 2013 VI European championships, where he overcame Alexandr PARASIUK (RUS) in the final. Parasiuk will return for revenge. 2013 VI ECh bronze medalist, Julien TAURINES (FRA) is also amongst the list of athletes who will be aiming to win it.