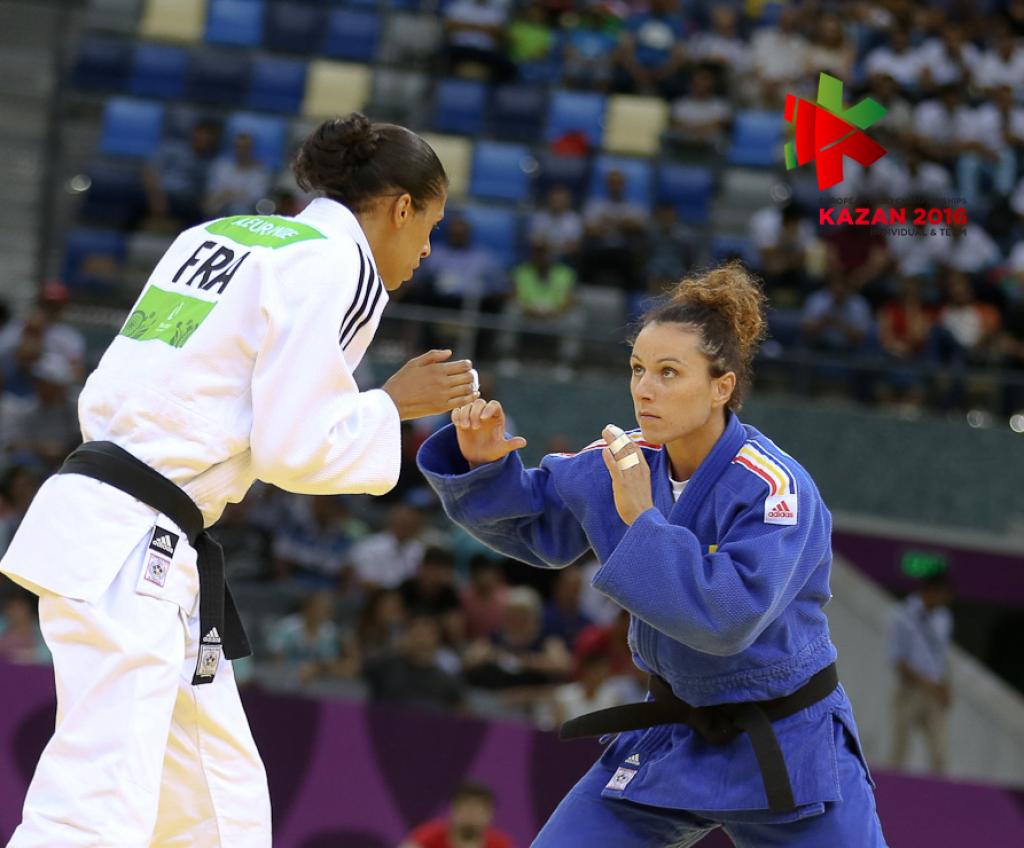 The 2016 European Judo Championships will be held in Kazan, Russia, from the 21st to the 24th of April at the Tatneft Arena. Since we are only a week away from the upcoming Europeans, it is time to reveal the possible athletes whom might be venturing the opportunity for others within their weight categories. The first day of tournament, will bring the actions from all the lower categories, which are for females -48kg, -52kg, -57kg; and as for the males are the -60kg and -66kg.

Since the retirement of Alina DUMITRU (Olympic Champion 2008 and 8 times European Champion), not many people had the opportunity to get near by Hungary’s first ever female Olympic medallist, CSERNOVICZKI Eva. At least within the continent. This was until after the return of Belgium’s Charline VAN SNICK who took the title last year. The two talents will have to battle it out in the semis as Csernoviczki entered number 1 seed whilst Van Snick ranked as number 4 seed. Irina DOLGOVA will be fighting her way into the final in the lower half of the draw. Dolgova knocked out Csernoviczki in the second round of the Europeans last year, and with having the home crowed backing her, the chances are high for Russia to be able to take the first gold medal of the championships.

Home favourite and title holder, Beslan MUDRANOV enters the -60kg category as number 3 seed. Just above him, Georgia’s light weight, 2015 European bronze medallist, Amiran PAPINASHVILI. If it will be Mudranov to take over the lower half than certainly number one seed, Orkhan SAFAROV of Azerbaijan, will be on stand by. Last year’s final seen Mudranov taken down Safarov, therefore, no doubt the Azeri fighter will not be wanting to repeat it again. Within the same weight category two others could bring the possible surprise package. Namely, Ludwig PAISCHER of Austria and Ludovic CHAMMARTIN of Switzerland.

Many would think that the -52kg category is perhaps a done deal, however, as the idiom says, we should praise a fair day at night. The current title holder, Andreea CHITU of Romania has been delivering some incredible performances back to back throughout her latest tournaments she has attended at. As the title holder and World Ranking leader she will arrive in Kazan as number 1 seed. The queen of the category, yet to be called Majlinda KELMENDI of Kosovo, has not been competing at last year’s Europeans. Nevertheless, she has been on form since her return, winning the very prestigious Paris Grand Slam twice within less than six months. At one of those golden moments, she defeated Chitu in the final. There will be plenty to cheer for the home supporters too once Natalia KUZIUTINA enters the contest area.

Another possible golden opportunity will appear for the host nation and this will be in the -66kg category. This if Kamal KHAN-MAGOMEDOV will present another superb performance. The Russian judoka defeated Loic KORVAL of France in the final of the Europeans last year. This could be repeated as Khan-Magomedov will be number 2 seeded, whilst Korval seats on number 5 position. Meanwhile, not to forget about number 1 seed, Dzmitry SHERSHAN. The Belarussian judoka had a tough day during the 2015 Europeans, however, since than, his performances showed nothing but improvement and success. There is only one more person left to keep our eyes on and that is young Israeli judo ace, Golan POLLACK. Hold on, Olympic Champion (London 2012, -60kg), Arsen GALSTYAN of Russia, will also be aiming to shine, especially front of all friends and family.

The -57kg category is where bets could be thrown away and broken, often after round one. This is where you just never know and even to guess isn’t an easy task. One thing is for sure that for France as well as for Germany it can be the most nerve-wracking day of the qualification. For France it will be Olympic bronze medallist, Automne PAVIA and 2016 Samsun Grand Prix winner, Helene RECEVEAUX to fight for essential Olympic points. What is more exciting is that, if occasion brings, they will meet in the semi-final. German duet, Miryam ROPER and Viola WAECHTER are exactly in the same boat with the only difference being that for now they will not be on the same side of the draw. Such a names as, KARAKAS Hedvig of Hungary, Sabrina FILZMOSER of Austria and Corina CAPRIORIU of Romania will all be there in line too and will not make it easy for the double duet to strive through. Last year’s gold medallist and multiply European Champion, Telma MONTEIRO of Portugal is not amongst the list who entered.