European Open in Ostia in memory of Matteo Pellicone 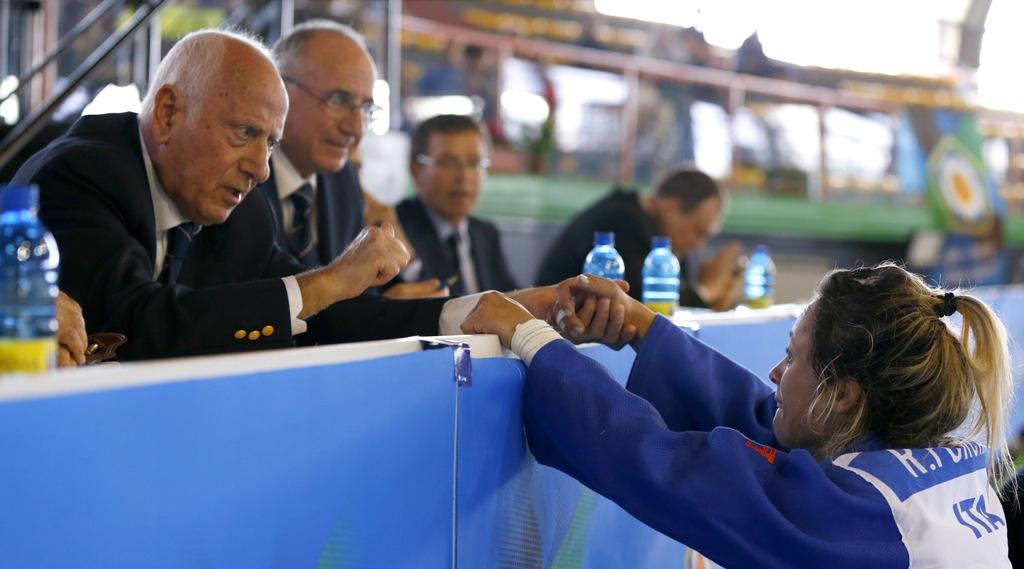 Only four months have passed since the European Open in Rome last year and and Saturday 15 February, the Palafiilkam is ready to host the 2014 edition.

It was October 19 when Rosalba Forciniti celebrated a triumphant return in the race after the Olympic bronze in London squeezing the hand of Matteo Pellicone. The 2014 edition unfortunately, is dedicated to the memory of President passed away on 9 December. Seventeen nations present, 120 athletes in competition, among these are the names of Paula Pareto (Arg, 48) and Ketleyn Quadros (Bra, 57), both Olympic 2008 bronze, Rafaela Silva (Bra, 57), gold in World Championships 2013 and bronze in the Grand Slam in Paris last Saturday. On the podium of the Grand Slam in Paris and in competition at the European Open in Ostia even Kanae Yamabe (Jpn) and Emilie Andeol (Fra), who fought the final for the gold in +78 last week. Paula Pareto (Arg); bronze in the 48 kg and Kelita Zupancic (Can) bronze in the 70 kg. In Paris Maria Suelen Altheman (Bra) and Sarah Adlington (Gbr) finished fifth, but will be in the race for a particularly competitive challenge in +78 kg, which records the presence of four athletes among the top 16 of the World Rankings List: Maria Suelen Altheman (2), Emilie Andeol (5), Kanae Yamabe (6), Sarah Adlington (16). Italy, with the ‘last minute’ defection of Rosalba Forciniti, presents twenty-three athletes among the names of Valentina Moscatt, Odette Giuffrida, Valentina Giorgis, Edwige Gwend, Jennifer Pitzanti, and Assunta Galeone. Friday at 20:00h is the draw, the races begin at 9 am on Saturday, 15.30 final ceremony and 16h the final block. Watch last year’s impressions:

Watch the promo of the European Open