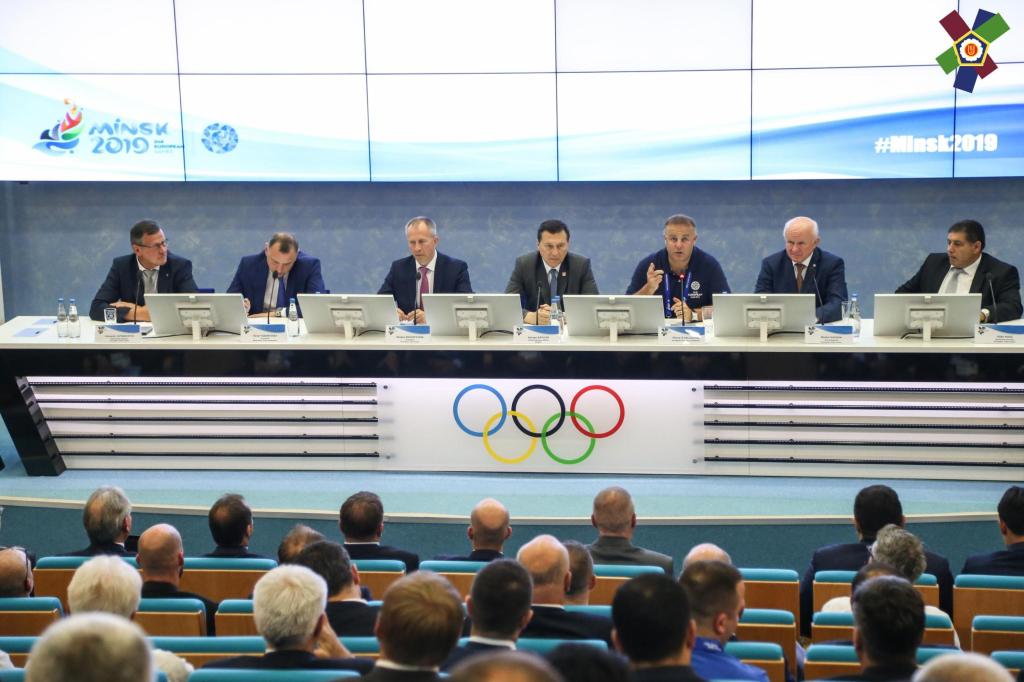 In previous years we have struggled to deliver comprehensive live streaming but for the 2nd European Games in Minsk we are pleased to inform you that we will in fact have live streaming from two of the three mats.

As we do not hold the rights to Mat 2, we are unable to live stream the preliminaries or the final block from here. We will however, show the preliminaries rounds as well repechage contests from Mat 1 and 2. Please find at the end of this article, a list of international options so that you can continue to follow your favourite judoka and catch the medal contests.

The draw commenced with an opening speech from the CEO of the European Games Organising Committee, George KATULIN,

As you know the slogan for the European Games is ‘Bright Year, Bright You’, I would like everyone to see the bright judo in Minsk as we extend the international friendship during these games.

Pierce O’CALLAGHAN, the Senior Consultant of the EOC previously upheld the position of Director of Sport in Baku for the previous European Games and spoke of how the President of the IJF was instrumental in the formation of the European Games.

Marius Vizer was one of two key people that really pushed the IOC for this event over four years ago now, they made the point that there were five rings in our Olympic symbol, yet Europe were the only continent without their own Games.

Following O’CALLAGHAN, Maksim SATSUK, the Sport Competition Manager on the Minsk European Games Organising Committee informed the room that this event would be streamed to 195 countries around the world and that the stadium used for the judo is the best in the city, especially for fan entertainment.

EJU President, Sergey SOLOVEYCHIK expressed his joy in regards to these European Games as it will be a fantastic and interesting event to demonstrate our sport and our high organisation skills alongside our great athletes. SOLOVEYCHIK continued to thank the EOC for their hospitality and professionalism, providing the best stadium for the judo, adding that we will be sharing this period with a Family Programme of over 300 people.

I would firstly like to welcome you all to Minsk in Belarus, on behalf of all of the Belarusian Judo Federation I welcome you to the 2nd European Games. I sincerely wish you only have positive emotions in our city which is world famous for its hospitality and I wish all of your plans and dreams come true. It is one more step towards the Olympic Games.