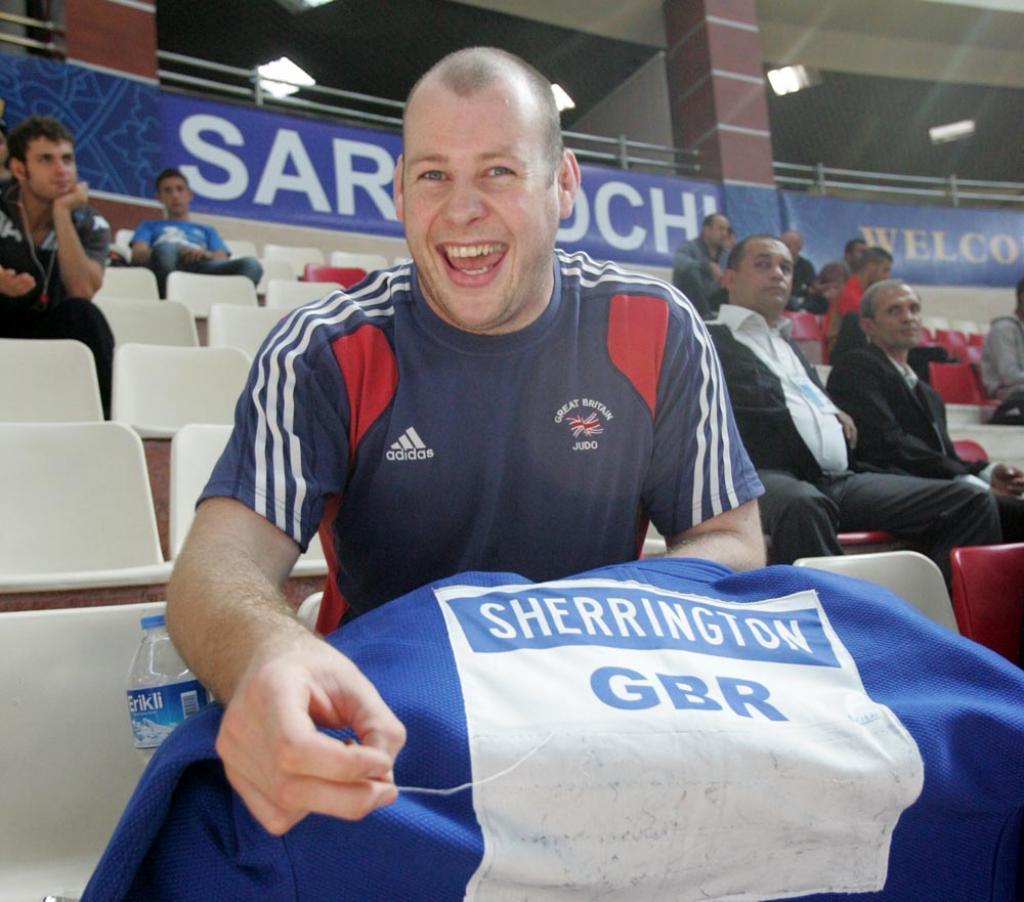 In the men’s category Britain was happy with a good victory of Chris Sherrington who travelled along the world via Tyumen en Chelyabinsk to reach this medal. He collected his first ever World Cup medal and he started with gold. The 28-year old Brit defeated Thormodur Jonsson of Iceland who has the same age and is even taller 1.99m.

For Iceland this is the fourth ever World Cup medal. In 1996 Vernhard Thorleifsson won two bronze medals in Rome and Warsaw. In 1992 Bjarni Fridriksson was the first with a silver medal in Leonding.
Ukraine was dominant U100kg and won gold and silver by Artem Bloshenko and Vyacheslav Denysov. Dominique Hischier of Switzerland combined the good life of Samoa with judo as well but did manage to win his first ever World Cup. Since 2000 he wins medals, but 11 years after his first medal he won gold U90kg. The 32-year old Swiss defeated 34-year old Winston Gordon of Britain.

Aljaz Sedej of Slovenia won the U81kg category and his second World Cup ever. In 2007 he debuted on stage with gold in Budapest and since then lost three finals, but on Saturday he won the final against Canadian Antoine Valois-Fortier.

Sezer Huysuz also won his first World Cup. Samoa gives the opportunity to realize there’s more than judo, but the combination of the environment is inspiring for many judoka to travel a long way. Huysuz defeated his compatriot Hasan Vanlioglu U73kg.

In the women’s category U48kg Irish Lisa Kearney lost her final against the strong and experienced Paula Pareto from Argentina. An attractive final U52kg between Romy Tarangul and Mareen Kraeh of Germany resulted in a victory for Tarangul. Kraeh defeated her friend earlier in 2009 in Tokyo when it was really important.
39-Year old Isabel Fernandez won bronze U57kg and took the oldest World Cup medal ever. Although the World Cup in Samoa is not the most brilliant field, Fernandez keeps on surprising and is seriously making progress in her Olympic qualification for London. For many judoka this is a World Cup where they can win valuable points.

Vlora Bedeti of Slovenia won gold U63 defeating Oksana Didenko (UKR). The British medals where won by Faith Pitman, bronze U63kg and gold U70kg by Sally Conway. She defeated Nataliya Smal of the Ukraine. Rasa Sraka and Gemma Gibbons both won bronze in a category that had quite a good quality.

Czech Republic won gold by means of 27-year old Alena Eiglova U78kg. She was victorious over Yahima Ramirez in the final. Karina Bryant finished Britains goldrush with taking the third gold medal in the final against Turkish Belkis Zehra Kaya. Sarah Adlington won bronze. Britain added seven medals to the year total of 12. The total of 2010 was 15.