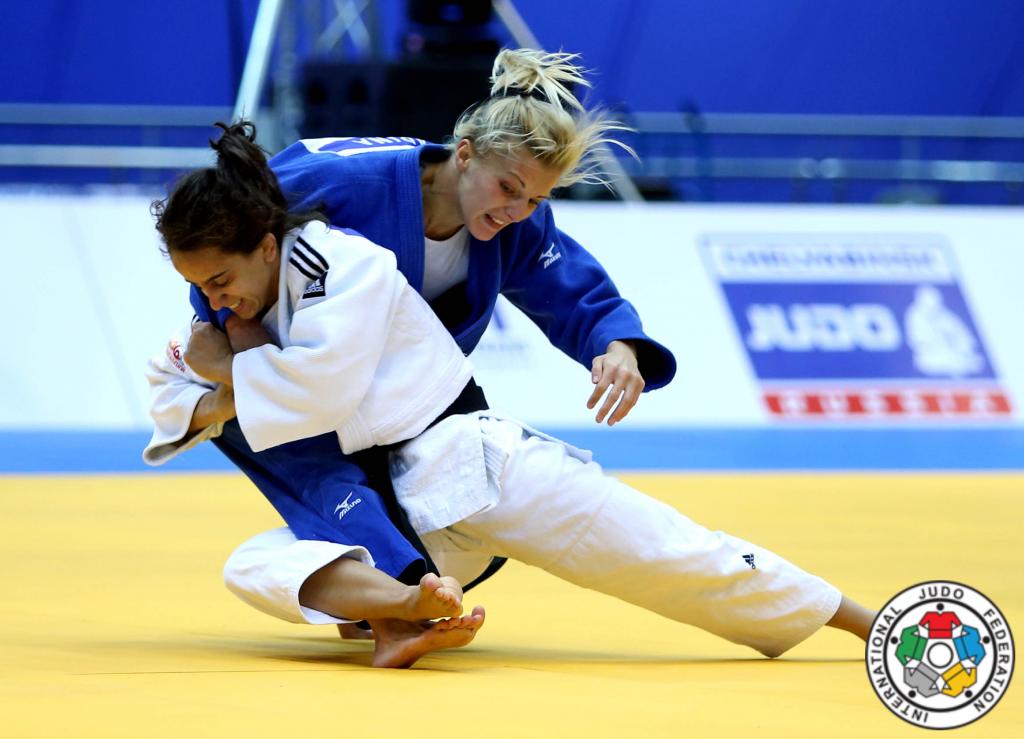 They don’t do things by half measure here in Astana. Everything appears to be bigger, better or stronger than elsewhere, or at least that’s the impression one gets from this modern city. The Grand Prix has attracted a good number of quality athletes from all over the world. Nevertheless, the Kazakh team will be looking to “better” last year’s five gold medals including a clean sweep of the -60kg category something that only a handful of countries have ever managed. 2009 world champion Maxim Rakov (-100kg) will lead the charge for Kazakhstan whilst recent Asian Games gold medal winner Yeldos Smetov (-60kg) will look to defend his Grand Prix title. Dzmitry Shershan BLR will be looking to improve on his silver medal in Kazakhstan last year and is seeded number one in the -66kg category. Sagi Muki is one of four Israelis seeded number one at this Grand Prix, the others being Amelie Rosseneu -48kg, Gili Cohen -52kg, and former world champion Yarden Gerbi -63kg. Gerbi has, on paper, the strongest opposition with six in her category coming from the top 20 in the world. In the -81kg category Russia’s Alan Khubetsov is the number one seed whilst team mate and defending champion Khasan Khalmurzaev RUS is seeded number three. Adam Okruashvili GEO is the number one seed in the +100kg category. The Europeans look particularly strong inn the -57kg category where Sabrina Filzmoser AUT is number one seed (Karakas HUN, Rogic SRB and Zeltner AUT go to make up the remaining top four). Laura Vargas Koch GER takes the number one spot in the -70kg category ahead of number 2 Bernadette Graf AUT (whom she has defeated in their three meetings), and number 4 Maria Portela BRA (to whom Vargas Koch has lost in their three meetings). Vargas Koch’s team Luise Malzahn is the number one seed in the -78kg category where all four top spots are taken up by Europeans 2 Natalie Powell GBR, 3 Asunta Galeone ITA and 4 VictoriaTurks UKR. The picture is pretty much the same for Europe’s athletes in the +78kg category where Germany’s Franziska Konitz is seeded number with number 2 Gulsah Kocaturk TUR, number 3 Sarah Adlington GBR and number 4 Svitlana Iaromka UKR making up the remaining top four places.