EUROPEANS SECURE EVERYTHING BUT GOLD

The final day of competition at the Junior World Championships saw the first ever mixed teams for juniors, and Europe was able to grab three of the four podium places. Today, 18 teams were competing for the medals and 9 of them were from Europe.

Whilst at the last Junior team worlds the Dutch female team was able to medal in Abu Dhabi, this time also the men could benefit from teaming up with the successful women and ended up with silver.

The Dutch team made it to the final having beaten Georgia (5:3) in the first round, then in the pool final the team of Uzbekistan (5:3). In the semi final their opponent was Germany and that contest proved to be strong one. Taking the first point in that match, the current Junior World Champion Amber Gersjes overcame the German Cadet World Championship silver medallist Mascha Ballhaus. Then like ping pong, both teams collected points alternately. In the end the Dutch team won that match by a score of 5:3 and went straight into the final. Waiting there as the current Junior World team champions – the Japanese (whose men and women won both gold medals at the last junior world championships). In the end the Netherlands lost 1:5 against the strong Asians. The one victory was gained by the double Junior European Championship winner and Cadet World Championships winner from 2015, Sanne Vermeer. Her fight was a personal pay back. It was the repeat of the Final at the individuals in the under 63kg category two days before. The 18-year old Dutch fighter defeated the Japanese Araki Honoka with a brilliant ippon.

“I am happy about silver. We were a great team and the spirit was amazing. I love my team. Concerning my fight against the Japanese, I am really happy. Because at the individuals I lost against that girl. It was a kind a revenge. So the plan worked very well. Our heavy weight Jur Spijkers had to contribute to the success more than once by winning the last and deciding contest.”

“Most of the time I have to do it, I am a quite used to it. But I did everything to win the match for my team and my country.” 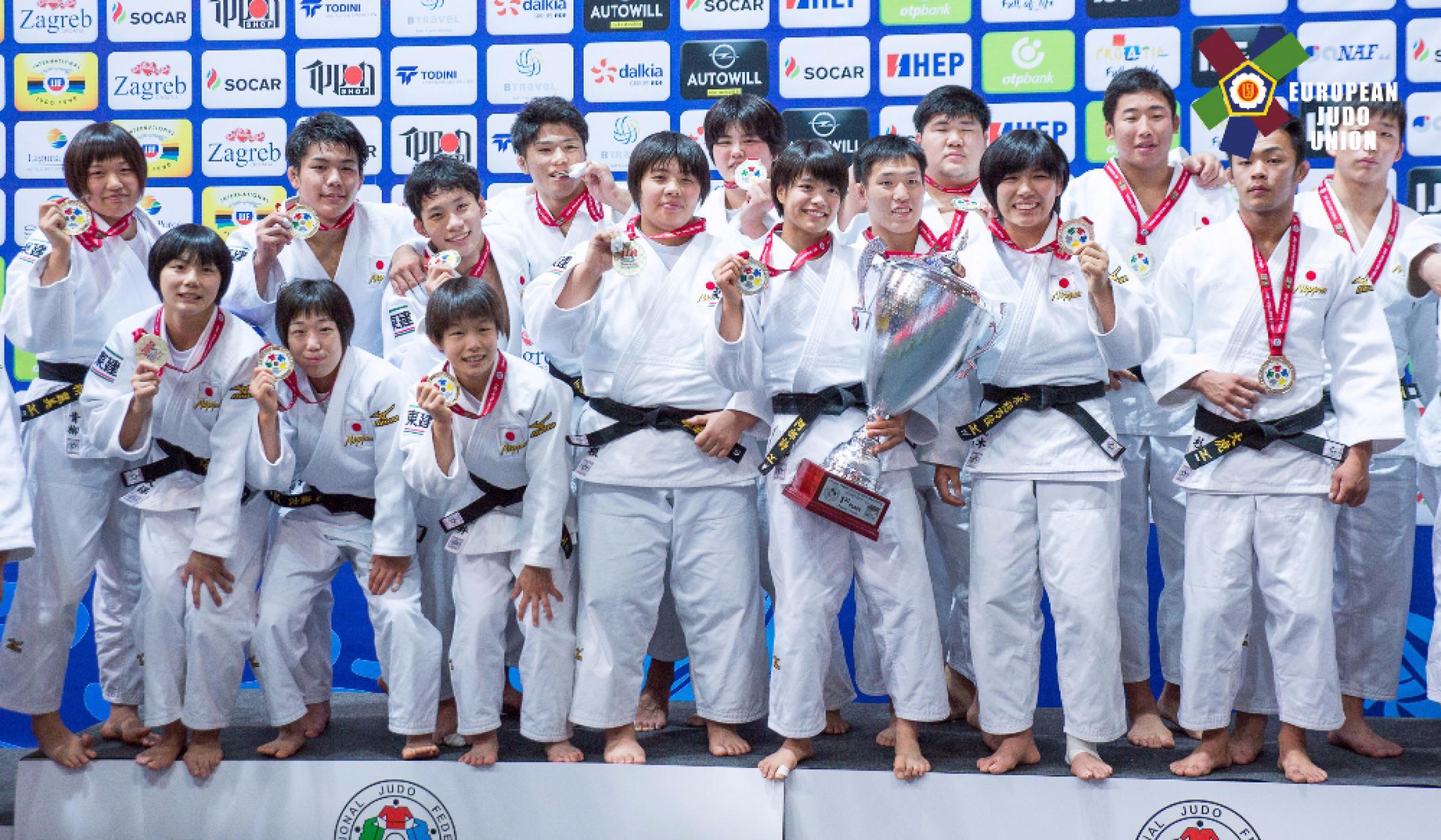 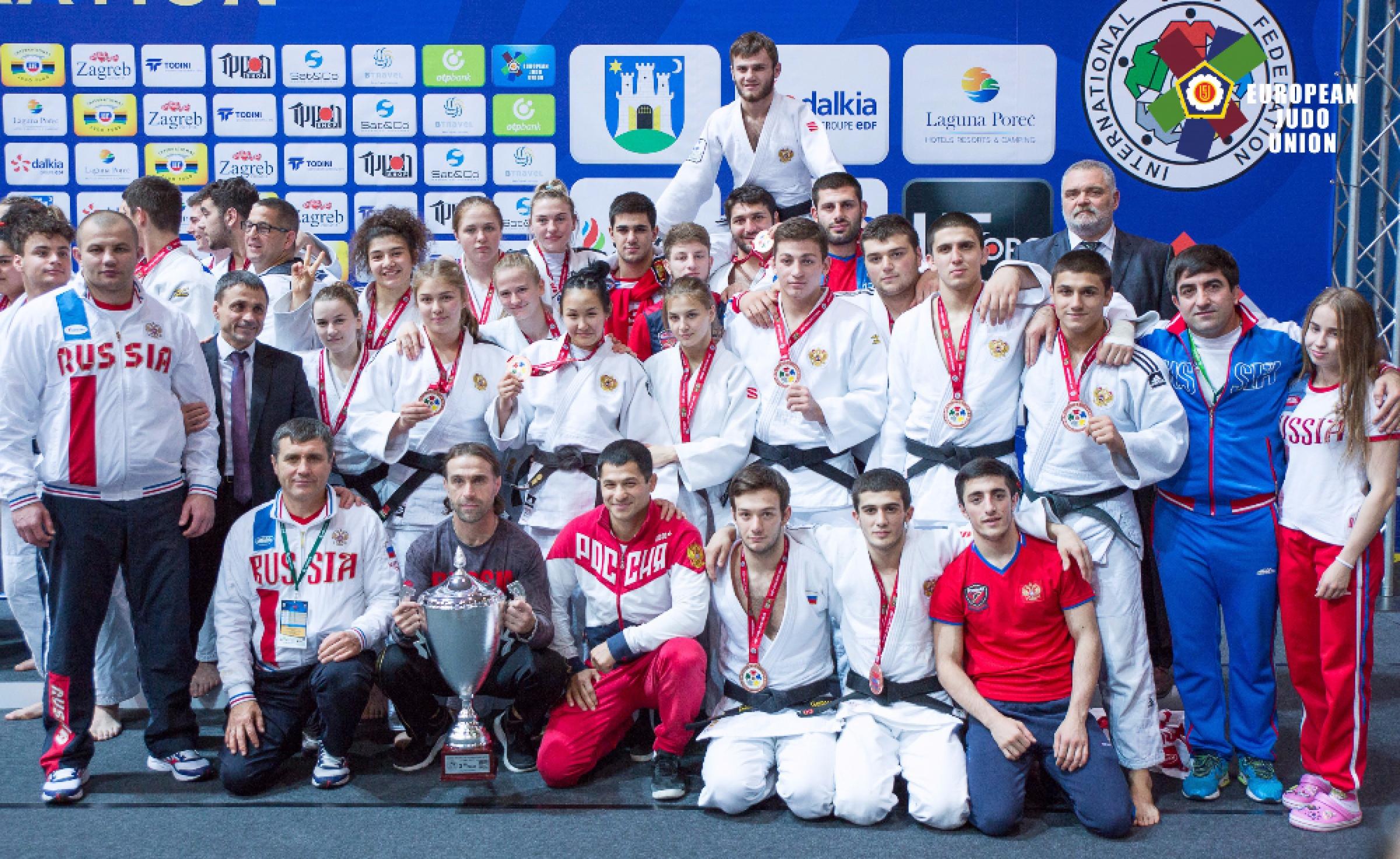 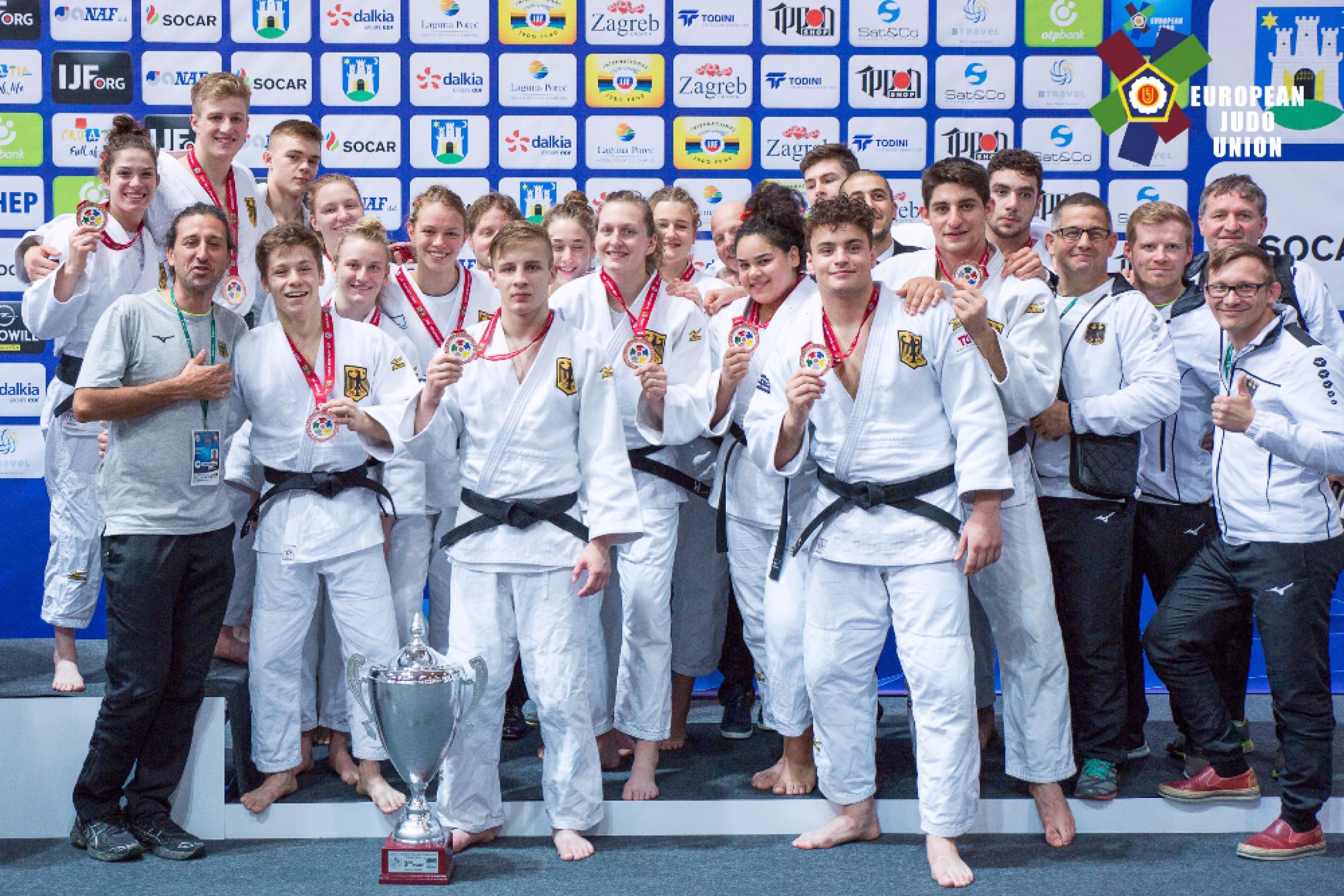 “I think they gave their all, their everything, they stuck to the plan. And well, the silver medal was very good. I am also very happy with the individual performance. But I think most of them were even better in the team. That made them stronger today.”

One of the two bronze medals went to Germany who had no problems winning against Hungary in the first match. They then had an incredible match against France, eventually winning by a score of (5:4). Then after losing the semifinal against the Netherlands, they showed how hungry they were to win Bronze. Against Kazakhstan they won 4:3. Two years ago, the German women were able to win Bronze, this time they won it with the whole team.

Pedro Guedes said directly after the awarding ceremony: “They were great; they did a very good job. The team worked together and everything went fine.”

“It was incredible today. The women were super strong today. I am very proud of them. Especially after the loss against the Netherlands in the semifinal they came back so strong for the bronze medal contest and really showed character. This tournament had had its ups and downs. And for me as the new women’s junior coach It couldn’t be a better debut.”

The second bronze medal was celebrated by the team of Russia. With wins over Austria (5:2) and Mongolia (5:1) the Japanese proved a little bit too strong in the semifinal. Although the result – 1:5 – was very clear, they kept motivated to get onto the podium. For Bronze they were up against Uzbekistan and beat them on points for the score after both nations won 4 contests.
The Russian Women’s coach said:

“We are sad that we couldn’t win against the Japanese today. At the individuals we couldn’t show a 100 percent so we are very happy about the bronze medial at the team event.”