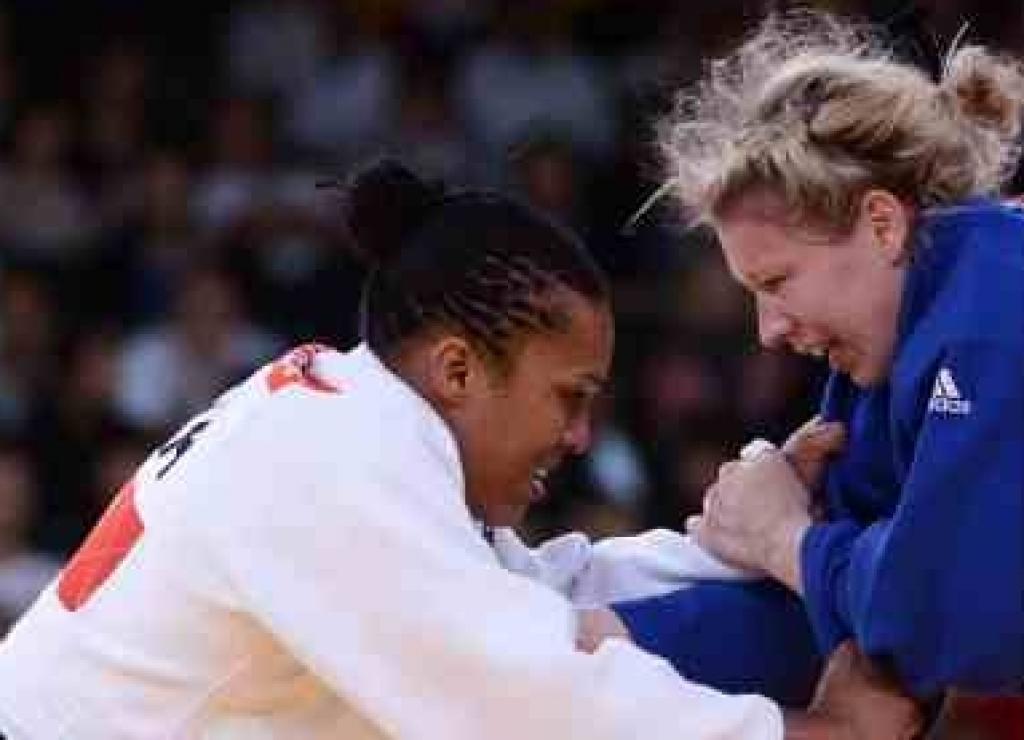 Europe it on its way to pick up the medals in the women’s U70kg category.
French top star Lucie Decosse qualified for the semi final after her convincing ipopn victory over 2009 World Champion Yuri Alvear of Colombia. Decosse defeated Kelita Zupancic (CAN) after having a bye in the first round. In the semi final she will meet Hwang Ye-Sul of Korea who may be able to stunt. She defeated Rasa Sraka of Slovenia in the quarter final. Sraka did win against Cecilia Blanco of Spain in her first match but lost to Hwang in the golden score.

German Kerstin Thiele is surprisingly heading towards a medal medal. In her race to the semi final she defeated to favourite Edith Bosch by waza-ari. Bosch is now sent to the repechage. Thiele really gave Bosch a hard time after scoring waza-ari early and kept her lead the whole match. Previously Thiele defeated Hungarian outsider Annett Meszaros as well and Moira de Villiers (NZL) in the first match.

Japanese Haruka Tachimoto was also expected in the semi final but lost the against Chinese Chen Fei by decision. She Chen has to face Thiele who she never fought before in her career. Hwang lost three times against Decosse so a European final is likely.
Decosse defeated Thiele four times, so the French is the undisputed favourite for a fifth European Olympic title this event and France’s fifth medal as well.

Surprises in the men’s event
In the men’s tournament not so many Europeans as expected, just one in the semi final. Greek World champion Ilias Iliadis was defeated by Kirill Denisov (RUS) in the quarter final, so Iliadis will go to the repechage. Denisov controlled the match and built out his lead with two yuko.
Denisov warmed up well with a victory over Ivan Remarenco (MDA) and was able to beat good old Winston Gordon despite the cheers of the public.
Iliadis started with a victory over Milan Randl (SLV) and continued his race successfully against Karolis Bauza (LTU), but couldn’t get to his usual shape against Denisov who he had beaten three times before.
A second big upset so far in this event was the defeat of European Champion Varlam Liparteliani of Georgia. He lost his second bout against Australian Mark Anthony.
The expected Masashi Nishiyama (JPN) was defeated in the quarter final by Korean Song Dae-Nam. Brazilian Tiago Camilo is also on course and qualified for the semi final as well against Dilshod Choriev (UZB).