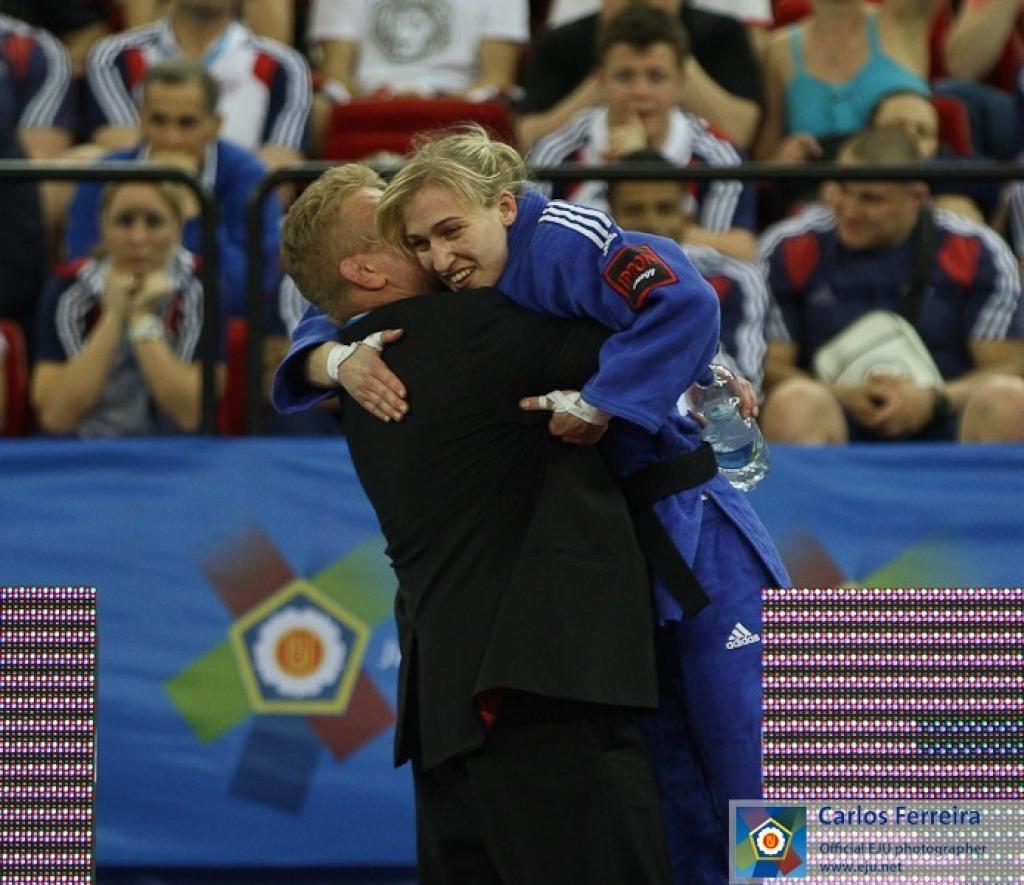 Eva Csernovicki gave the Hungarian team and organisation a great boost with her European title. She defeated Charline van Snick in the final and we spoke to her after her final.

Eva Csernoviczki (HUN): “This is my sixth medal and finally it is gold. I felt tired before the semifinal. I had a fever a week ago, but maybe the crowd support helped me to push through today. It also helped that I won my first matches quickly by Ippon. (on competing in Budapest) It has been 12 years since I competed (internationally) in Hungary.”

Finallist Charline van Snick (BEL) lost her second European final in a row: “I had tough matches from the very beginning so I felt tired today in the Final. Also, the matches were close to each other. (on the all-Belgian semifinal against Amelie Rosseneu) I didn’t feel any extra pressure because of that. Yes, I know her well, but to me she is an opponent like all the others. (On the Final) Obviously the crowd was behind her (Csernoviczki) and rooted for her. But I think I dealt well with it and I managed to stay in the match. (On having a problem with her eye) It was my contact lens falling out. It falls out when you get hit. It is very annoying.”

Ebru Sahin (TUR) who won the bronze said: “It is my first medal at the European senior Championships, so it is an outstanding result for me and for us. It was a tricky situation in the bronze medal match against the other Turkish girl, Sumeyye Akkus. We know each other very well. I am very happy to have won this medal and it was a good atmosphere all day.”

Laetitia Payet (FRA) confirmed her last year’s bronze medal again: “I am not completely happy. It is my third bronze medal. I was lacking just a little bit to make it to the final. I didn’t feel perfect today, sometimes it is just like this. At least I got a medal, although not the gold. I’ll try again next time.”