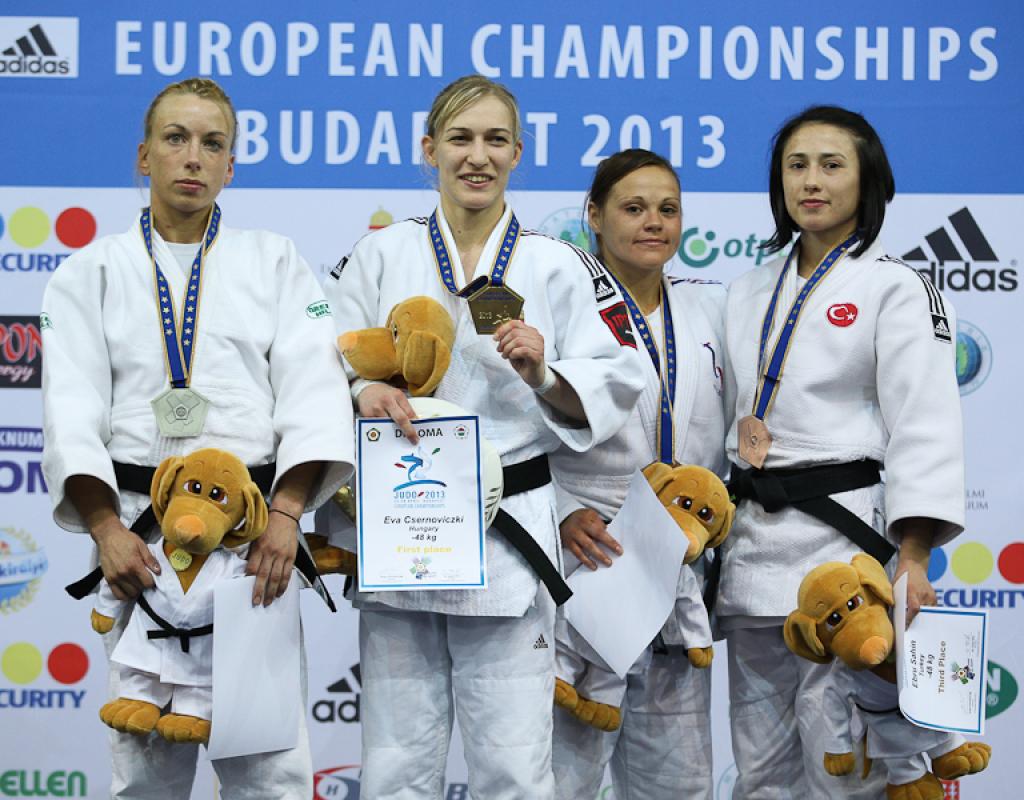 Finally she made it! Eva Csernoviczki takes the gold medal at the adidas European Championships. After three lost medals and the bronze last year, Csernoviczki confirmed her reputation as Olympic bronze medallist by winning the European title at home in Budapest.

Csernovicki easily advanced to the second semifinal. There she defeated Ebru Sahin of Turkey by a strong throw in the last minute. Sahin came back for bronze and defeated her compatriot Sumeyye Akkus. Laetitia Payet was too strong for Amelie Rosseneu, the second best Belgian.

Csernovicki started strongly with victories against Kuznetsova (RUS) and Kraus (GER) after she hit Ebru Sahin in the semi final.

Last year it was Van Snick who defeated the Hungarian in the quarter final of the Olympics but this was her revenge for the home crowd. For Van Snick it was the second loss of a final in a row at the Europeans.