EVERYTHING UNDER CONTROL FOR WELL-PREPARED BISULTANOV 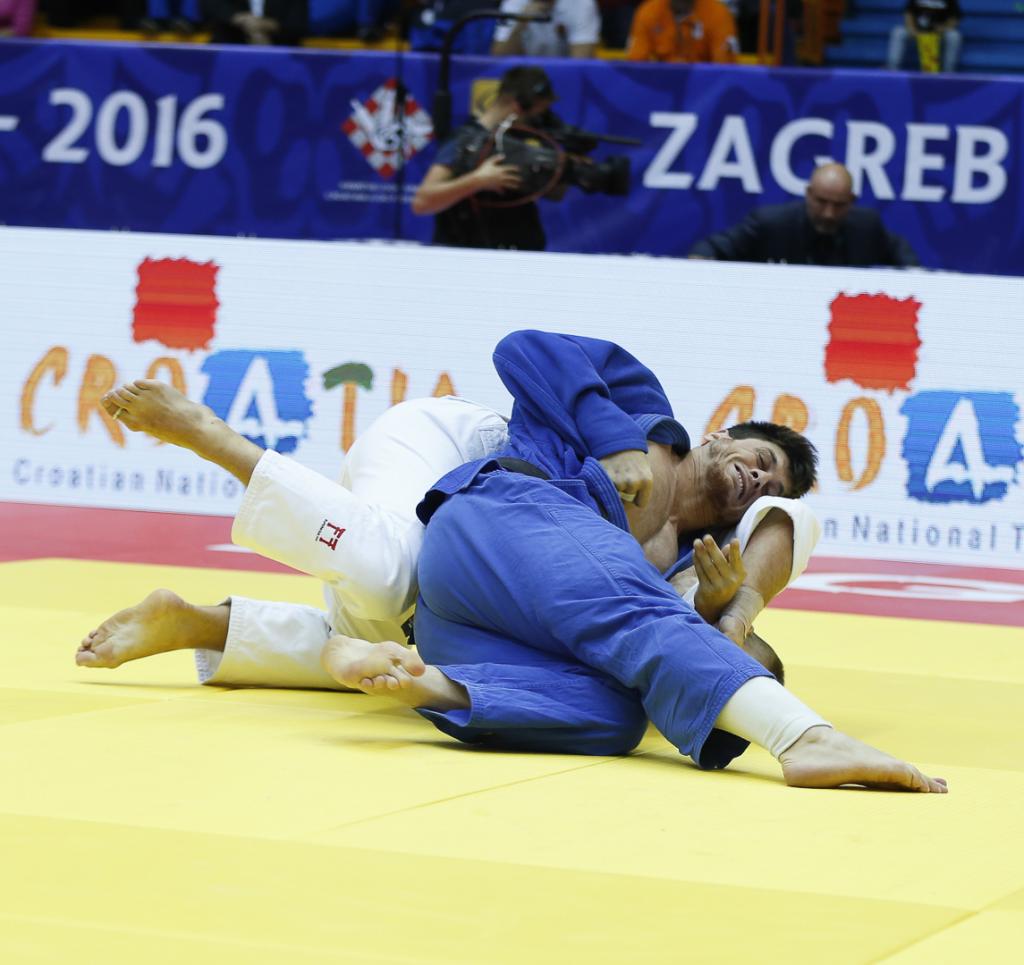 Without being fancy, and without being seriously tested, Adlan BISULTANOV won the gold medal in the -100kg category on the third and final day of the Zagreb Grand Prix. It takes some fighters time to work things out, get the fine-tuning correct. But Bisultanov showed today that he is primed and ready something that may prove costly for those who will face the Russian in the not too distant future.

Bisultanov began his day with a win over Philip GALANDI (GER), throwing the German after 30 seconds first for yuko with seoi toshi then a minute before the end of the contest Bisultanov threw with right-sided uchi mata for waza ari. This set up a quarterfinal contest with Milan RANDL (SVK). There was an exceptional piece of skill when Bisultanov countered a ko soto gake attack from Randl by turning swiftly and executing his own o uchi gari for waza ari. Randl was forced to attack after this and soon fell to a second waza ari when Bisultanov threw low on the left side with tai otoshi. In the semifinal Bisultanov face OHAT Zalan (HUN). However the Hungarian picked up a shoulder injury part way through the contest that forced him to withdraw. In the final Bisultanov again showed his class with two good strong scores (one yuko and one waza ari) against the number one seed Michael KORRELL (NED) that proved sufficient to take the contest and the gold medal.

Bisultanov said, “I was pleased with all of my contests today. I managed to throw in each of them and I was looking to be positive against all my opponents. I was given a real boost when warming-up for the final and I heard the Russian national anthem being played for my teammate Alexander GRIGOREV who won the -90kg category.” With regard to the Rio Olympics Bisultanov said, “I was ready for Rio but unfortunately I did not get selected. I trained with Tagir KHAIBULAEV and believed that he was a good choice. I was also with the team in Rio and enjoyed that experience very much.” As far as the future is concerned Bisultanov was excited when he said, “I am from Chechnya where we have a very strong tradition of success in judo. I’ll be fighting for my club in the Golden League competition to be held in Grozny at the end of the year.”