EXCITEMENT BUILDS AS DAY ONE OF EUROPEAN CHAMPIONSHIPS DRAWS CLOSE 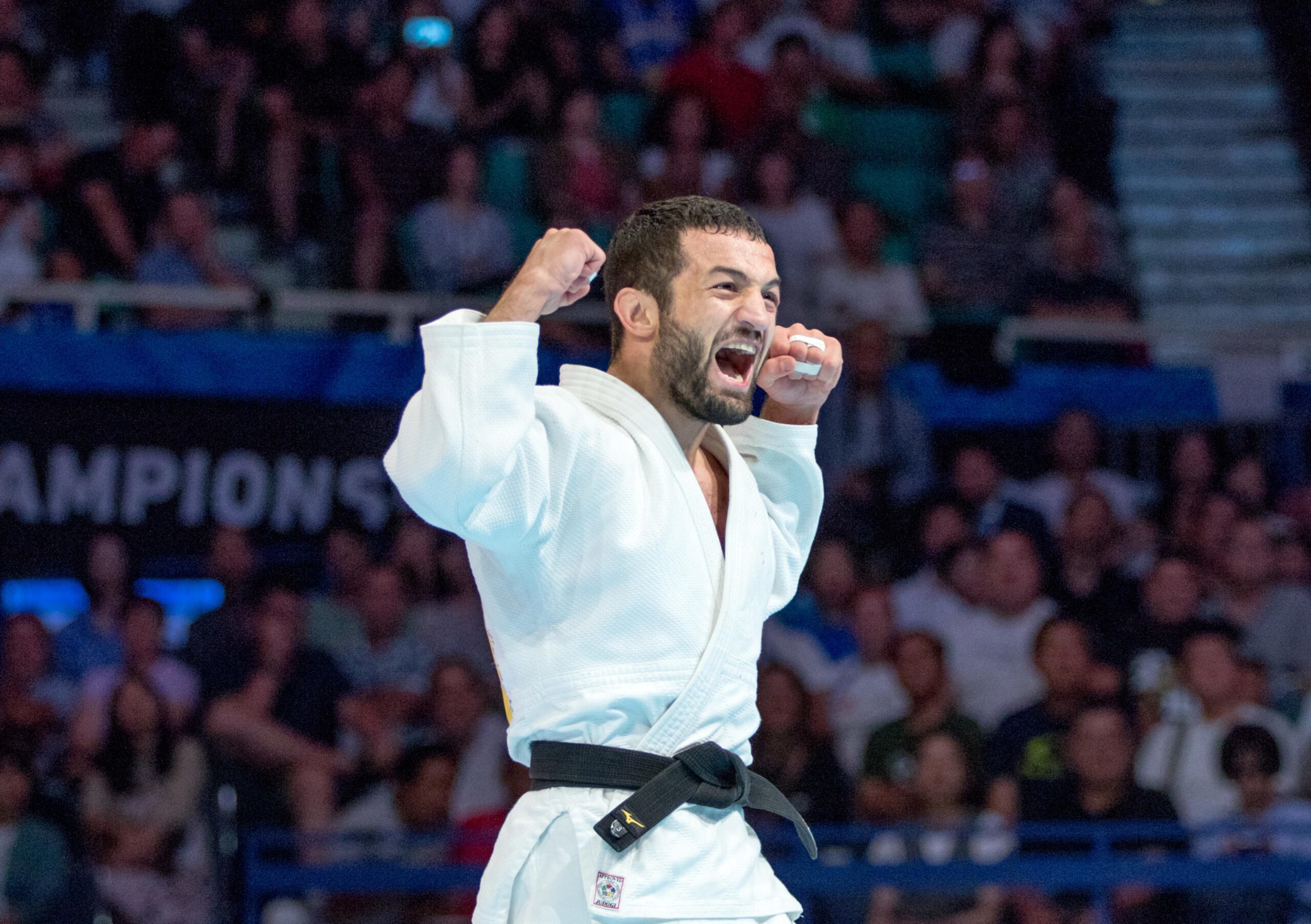 Current World Masters champion and gold medal winner at last month’s Budapest Grand Slam, Distria KRASNIQI (KOS) looks unstoppable and it will take an almighty effort to upset the form book. In the absence of defending champion Daria BILODID (UKR), Krasniqi will likely be tested by Irina DOLGOVA (RUS) gold medal winner in 2018, Marusa STANGAR (SLO), or one of the two French entries Melanie CLEMENT (FRA) or Shirine BOUKLI (FRA). As an outsider, unseeded 20 year-old Andrea STOJADINOV (SRB) may be worth watching.

There will be no world number one Amandine BUCHARD (FRA) nor a much anticipated match-up between world number four, Odette GIUFFRIDA and world number five, current Olympic Champion Majlinda KELMENDI (KOS), the latter not attending. However, there will be action enough as four-time European Champion Natalia KUZIUTINA (RUS) looks to add to her amazing collection. Giuffrida meanwhile will want to end her poor form at Senior European Championships, an event at which the usually dependable Italian has yet to win a medal. Champion in 2012 and 2015 Andreea CHITU (ROM) may yet surprise in what is likely to be her final senior European Championships.

The top ranked Europeans will be on show in the shape of number one seed Nora GJAKOVA (KOS) and number two seed Sarah Leonie CYSIQUE (FRA). Gjakova defeated Cysique for the bronze medal at the Paris Grand Slam at the beginning of the year. The Kosovar was runner-up to Daria MEZHETSKAIA (RUS) at the 2019 European Games having defeated her at the European Championships in Kazan in 2016 their only other previous meeting. Of interest will be the performance of 21-year old Eteri LIPARTELIANI who already has cadet, junior and -23 European gold medals.

This will probably be the category to watch on the opening day. It has more depth than any of the other weight categories. It features among the top seeds world number one Manuel LOMBARDO (ITA) as well as current European Games Champion, the irrepressible Georgii ZANTARAIA (UKR), number two seed 2016 European Champion Vazha MARGVELASHVILI (GEO) and Budapest Grand Slam gold medal winner Abdula ABDULZHALILOV (RUS). It is the unseeded athletes that are likely to cause the top seeds most concern. Early match-ups could see top seeds tumble to the likes of three-time World silver medallist Mikhail PULIAEV (RUS), 2019 Ekaterinburg Grand Slam gold medal winner Kilian LE BLOUCH (FRA) and 2019 World bronze medallist Denis VIERU (MDA).