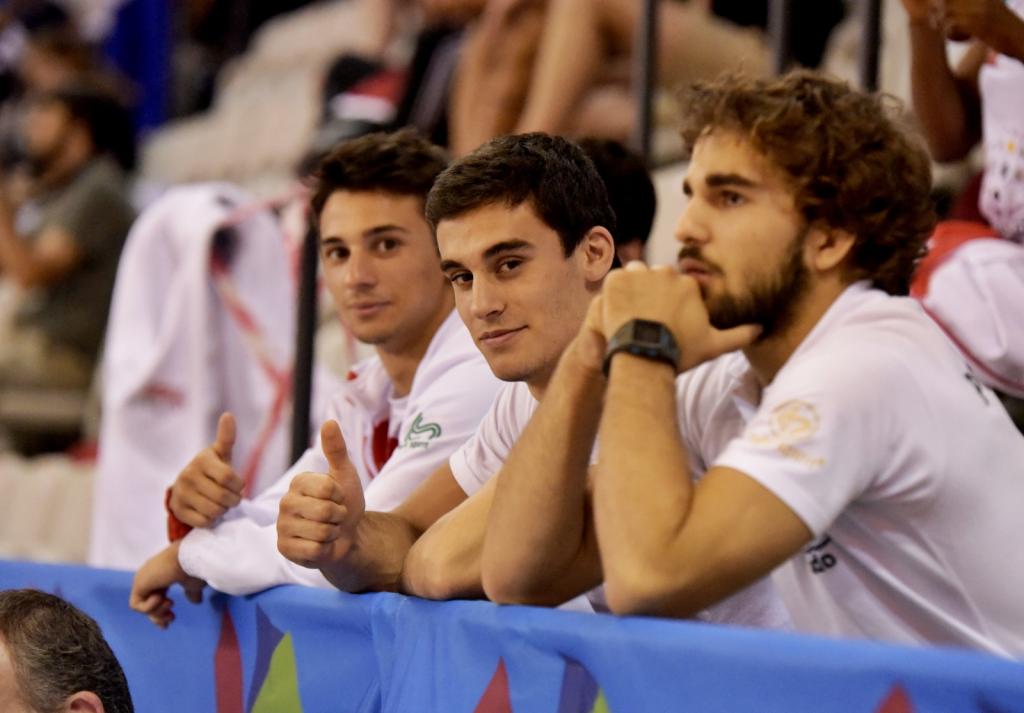 Warsaw and Prague are on the menu during the upcoming weekend for the next sets of European Judo Open 2018. Almost 200 female athletes from 24 different nations will be heading to Poland, whilst over 350 men judoka from 42 countries will be competing in the Czech Republic.

The total number of 27 Polish judoka will shine front of the home nation, including the A-Team: Karolina PIENKOWSKA, Agata PERENC, Anna BOROWSKA, Arleta PODOLAK, Karolina TALACH and Daria POGORZELEC. Rumours said that Olympic bronze medallist, Automne PAVIA of France will return for the first time since giving birth to her gorgeous little daughter. Now, she is not on the entry list, however, number four seed, Lola BENARROCHE will be forced to withdraw from the event due to a recent knee injury she picked up in Rome two weeks ago. Benarroche’s withdrawal could possible allow Pavia to step in. This will all be cleared during the -57kg draw this Friday evening. 2017 European Youth Olympic Festival winner and Cadet World medallist, Mariam TCHANTURIA moved up a division and will test herself amongst the -70kg category.

Meantime in Prague, Olympic Champion, Lucas KRPALEK will be competing on Sunday in the +100kg category. The local hero has not lost since 2010 at the Prague edition of the European Judo Open. The final block on Saturday will be attended by the Czech Prime Minister, Mr. Babis. Lukas Krpalek will personally explain judo to Mr. Babis during the final block. In addition, a special gift from Lukas is ready to be handed over to the Prime Minister. EJU President, Mr. Soloveychik will also be at present on Saturday. More awaits on the first day at the Arena Sparta as Olympic Bronze medallist and double World Champion, TAKATO Naohisa of Japan will be on show for the first time in the -66kg category. Counsellor of the Japanese Embassy, Mr. Toru FURUGORI expects success from Takato and will be at present in the venue on Saturday. In case Takato´s triumph, Mr. Furugori is ready to be part of the awarding ceremony. On Sunday, for the final block, the president of the Czech Olympic Committee, Mr. Kejval will join too.

Following the weekend in Prague, the yearly OTC Nymburk will proceed with 560 entries, including strong a French and Georgian national team as well as high-profile individuals like Majlinda Kelmendi, Fabio Basile and Lukas Krpalek.