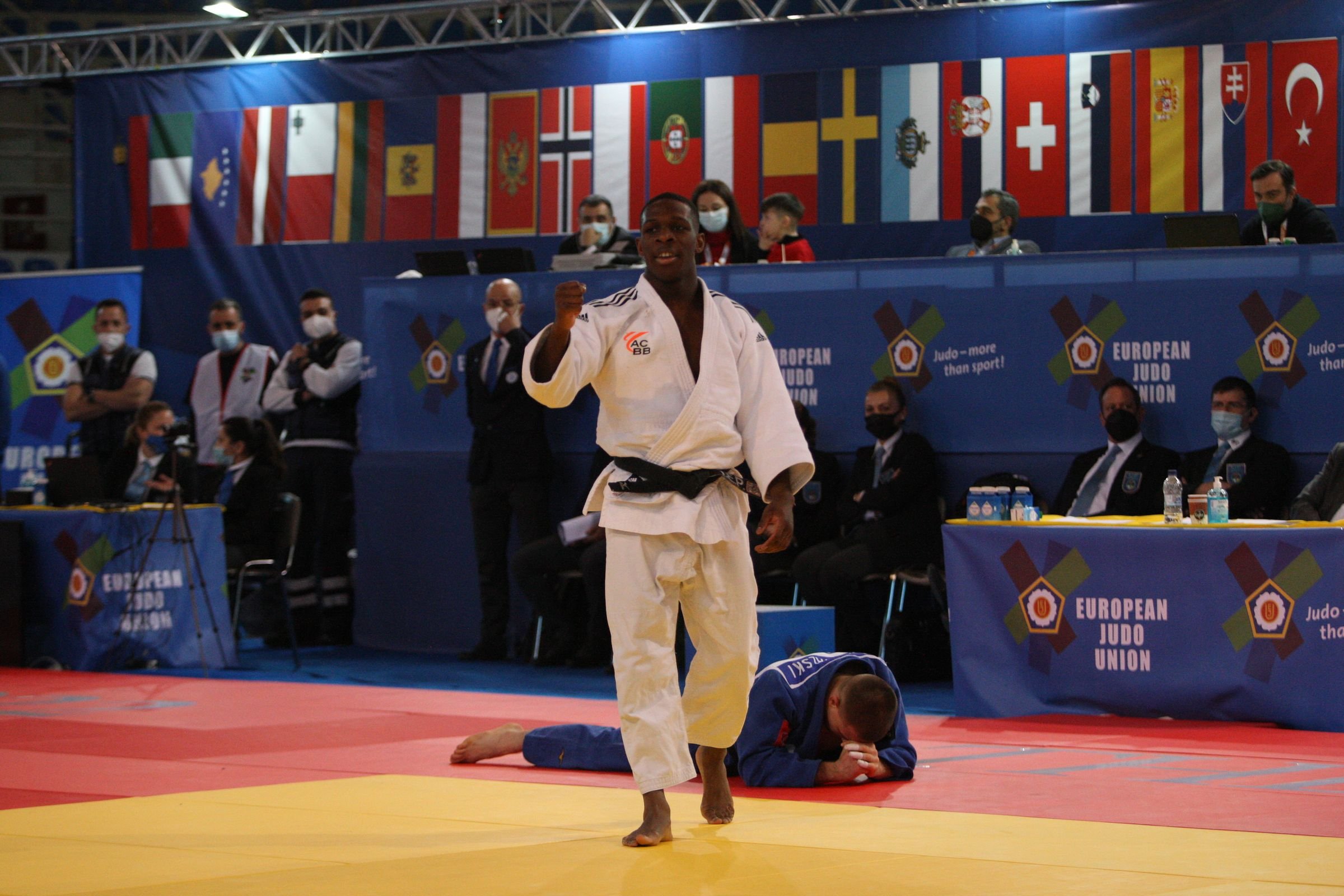 The first day of the Athens Junior European Cup 2022 was full of entertainment at “G.Stefanopoulos” stadium in Athens. On a sunny day in the capital of Greece, half of the 300 athletes who will compete in total in Athens, participated in 7 categories (-60kg, -66kg, -73kg in men and -63kg, -70kg, -78kg, +78kg in women) in an exciting afternoon, with Israel having the most success.

Yam WOLCZAK won the first gold of the day in male events against Petros CHRISTODOULIDES of Cyprus by ippon (-60kg). He was the one of three Israeli athletes who managed to win their events, followed by Ronald KOKOLAYEV at -66kg and Adelina NOVITZKI at -63kg in female competition.

Hans-Jorris AHIBO looked as the favourite at -73kg and against tough opponents he managed to win the event in golden score.

It was a tough competition and I had to play extremely physical in most of the fights. It was a difficult journey for me to get the gold so I’m happy that I managed to win.

Michael TSOUTLASVILI was the man for Greece during the first day of competition. He won the bronze medal at -73kg by beating with Ippon, Artak TOROSYAN (ARM).

It was a great event and to be honest I was hoping for the gold medal here in Athens. Hopefully to the next one. It was a good start for me for this year and hopefully more medals will come.

In womens events of the first day, beside Novitzki’s win in -63kg, Yelyzaveta LYTVYNENKO (UKR) won the gold medal after a tough final against Una DOLGILEVICA (LAT) for the -78kg category. Lytvynenko was the only female athlete from Ukraine and she dedicated the medal to her country.

I am extremely happy for winning the gold medal. Winning for my country is special during these times. I want to dedicate the medal to the people of Ukraine. My next target is winning a medal at Antalya’s Grand Slam.

In -70kg Julie ZARYBNICKA of Czech Republic won the only medal of the day for her country, beating Croatia’s Karla KULIC.

The +78kg was a Turkish case. Hilal OZTURK won the gold in the final against compatriot Duygu DIGREN, while another Turkish athlete, Yagmur YILMAZ, was at the third step of the podium with Greece’s Maria-Nicoleta VULASPIN.

Nikos ILIADIS, head coach of Greece and coach of Olympic champion, Ilias ILIADIS, talked about the importance of the Athens Junior European Cup, after two years of zero international competitions in Greece because of the pandemic.

It is a wonderful chance for us after two years of lockdowns and restrictions to have an international competition again in Greece. And we want to thank EJU for trusting us once again to organize a great tournament like Athens junior European Cup. The level of the competition was high on the first day and from our side, I think we managed to organize an international event with great success.

Mr Georgios Mavrotas, General Secretary of Sports, welcomed the teams and the audience at the Opening Ceremony.

It’s wonderful to have you here in such and important event. Athens welcomes the athletes from 27 countries around Europe and on behalf of the Government I would like to wish you to enjoy your stay in Athens and have a great success at the event.