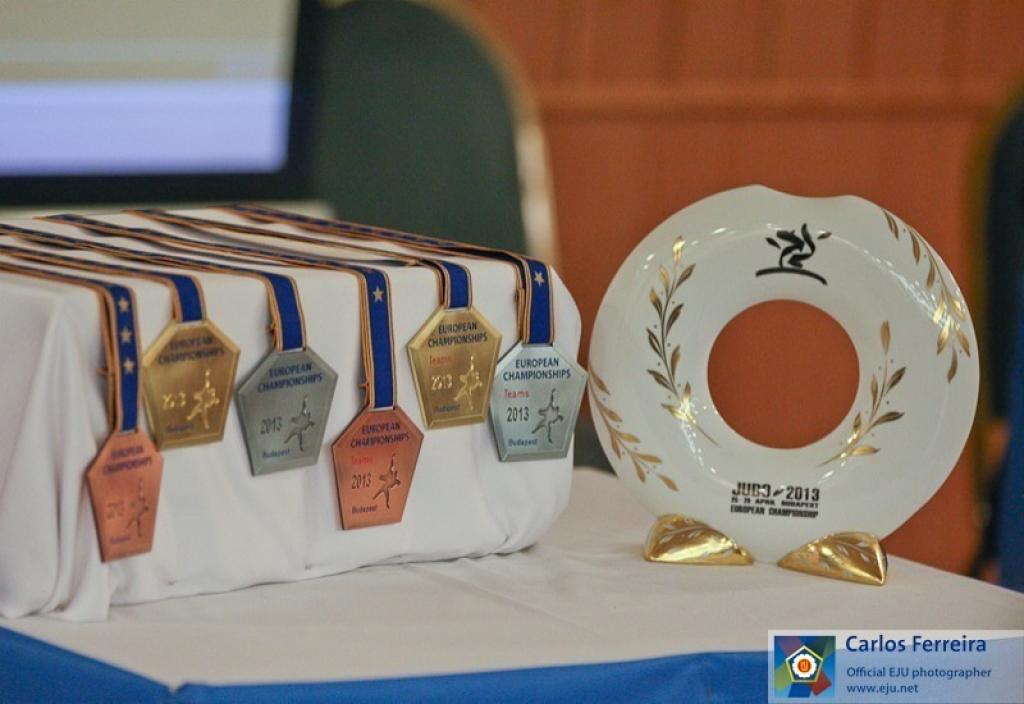 Experienced judo and talented debutants are taking center stage at the European Judo Championships this week in Budapest, Hungary. 361 athletes from 44 countries will compete at the Papp Laszlo Budapest Sportarena and are ready to prove again the high level of Judo in Europe at the first European Championships since the 2012 Olympic Games. “Europe was the best continental union at the Olympic Games in London. Now a new Olympic cycle has started and we hope for the same success”, European Union president Sergey Soloveychik said during the Opening Draw at Arena Hotel on Wednesday. “There are new names, new judoka but also Olympic medalists competing. It will be a very interesting event”, he added.

“Following the good result from the London Olympic Games with a silver and a bronze medal our minimum goal is to win two medals and to have two top-five placements”, commented Hungarian head coach Andras Nagy. “We have a young team with promising athletes, medalists from the under 23 European Championships and World Junior Championships”, he continued. “Competing here in Hungary is an unique opportunity for our athletes. Hopefully it will be an extra motivation for our team”, Nagy concluded. With the success from London, Judo has become much more popular in Hungary.

However, the top nations are not ready to give up their leading position. Russia and France have come with strong teams. “Our athletes are in top shape as they have to be for this competition”, Russia’s team manager Ezio Gamba said. Although he didn’t bring his Olympic Champions and medalists, Gamba is optimistic. “We have strong contenders in all categories and we expect good performances. We also expect some progress from the women’s team”, he explained.

France as well has high ambitions. “We want to win the (women’s) team title again after losing to Russia last year”, stated women’s head coach Martine Dupond. “We are looking to continue the good results from earlier this year with our top athletes. After the Olympic Games, our number one athletes have taken a longer break and started again only in November. So not all of them were quite prepared for the tournament in Paris”, Dupond noted.

Budapest hosts the event for the first time in history. Hungary hosted the European Championships once before in 1981, but it was the Men’s event only. Following a rule change, now a country can enter only one athlete per weight category, but can pick two categories with two athletes. As a result, a country can send a maximum of 9 women and 9 men to the event.

Watch the photos of the draw