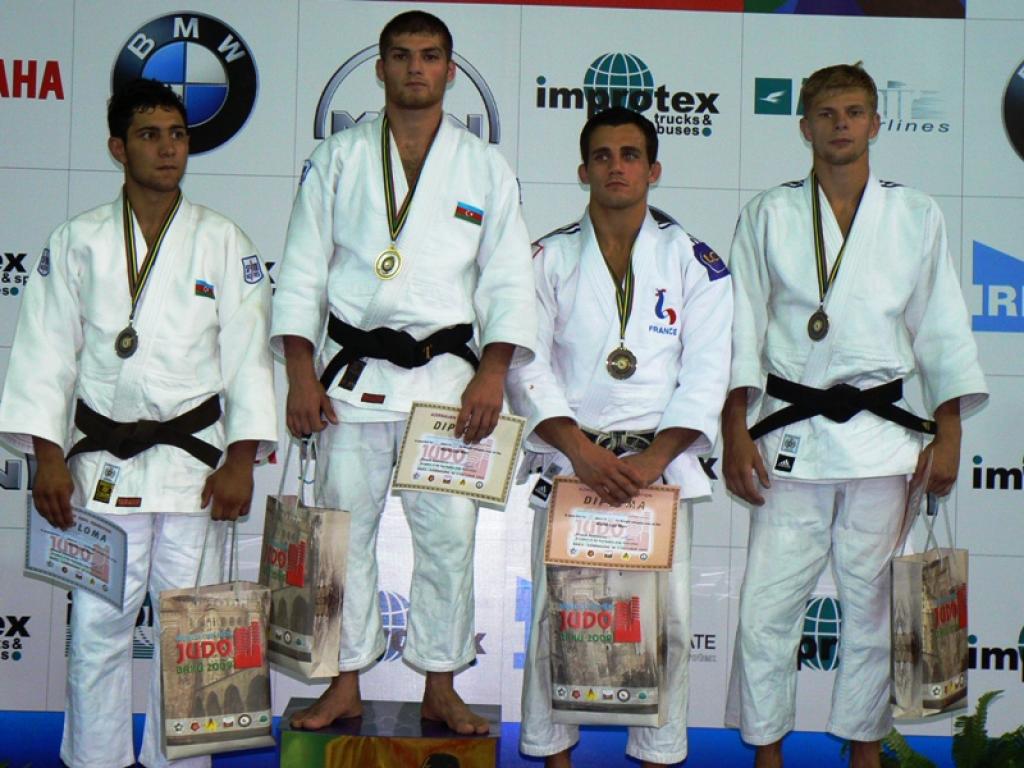 Azerbaijan, Georgia and Russia divided all gold medals this weekend in Baku. The home country was awarded with three gold medals and won the medal count. On Sunday another two gold medals where collected by Elkhan Rajabli (U81kg) and Elkhan Mammadov (U90kg).
Yesterday Azerbaijan was the absolute winner U66kg where it was an all Azerbaijan final.

On Sunday Russian judo celebrated the same stunt U100kg. Sergey Samoylovich defeated David Bitiev. And Artur Khursinov (RUS) took the third medal in this category. Georgia that finished second in the medal tally, won four bronze medals, one for Adam Okroashvili today in the heavy weight category, that was won by his compatriot Lasha Gujejiani. Both judoka didn’t fight eachother. Gujejiani beat Maciej Sarnacki in the final, and had beaten Soslan Dzhanaev (RUS) in the semi final.

29-Year old Elkhan Rajabli was the oldest medallist of this weekend, winning the gold U81kg. In the final he beat Antoine Jeannin. The French number three apparently likes the former Soviet states. He won three World Cup medals this year in Georgia, Estonia and Azerbaijan, however none of them in gold.
Rajabli who won a World Championships medal in 2001 in the same category as today now collected 11 World Cup medals. Baku has always been good for him. Last year he won silver, and he previously won the world military world title in his capital.