Fado in Portugal before spectacular finals 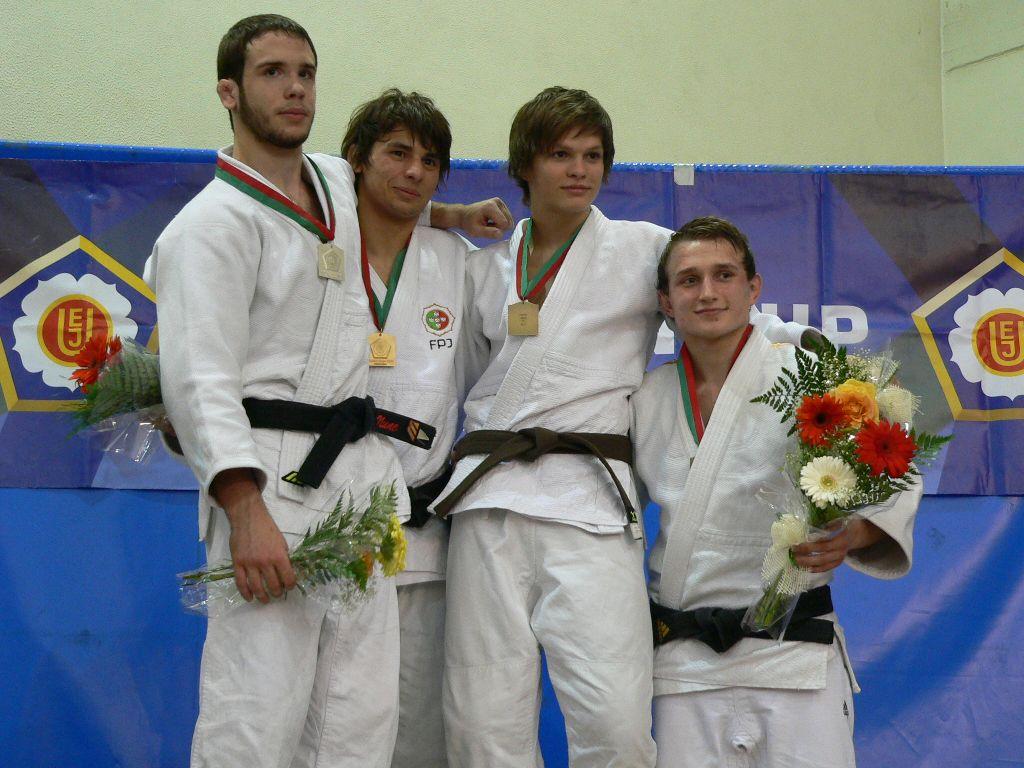 Brazil opened the series of finals today with a gold medal and closed the day. In the men U60kg it was Mike Chibana who won the European Cup for juniors in Coimbra. Chibana has already quite a reputation as he is the senior Brazilian Champion and 2009 Pan American Champion.
In the women’s division Fernanda Peinado won the final against Canadian Catherine Beauchemin-Pinard. U78kg Talita Morais won gold for Brazil.
Italy won two gold medals today in Portugal by 16-year old Matteo Medves. Heavyweight Elisa Marchio won gold +78kg holding of Brazilian Nogueira of gold.

The crowd enjoyed a performance by a “fado” singing group during the break before the final blocks.
Even more happy was the crowd to see an all Portuguese final U66kg won by Luis Mendes against Nuno Esteves (see picture).
U73kg and English language final between Max Stewart (GBR) who won the third gold medal for the Brits and Arthur Margelidon (CAN).

16-year old Barbara Matic of Croatia won the U70kg weight class. In her country she is in a friendly competition with Brigita Matic, her sister who was offered the Croatian junior title two weeks ago when she had to fight against Barbara, but Barbara didn’t fight Brigita and awarded her sister with gold.
On Sunday European Cadet Champion Matic (U63kg) defeated Andrea Sebastian (ESP) in the final. Sebastian is Spain’s European vice champion U17 years in this category.