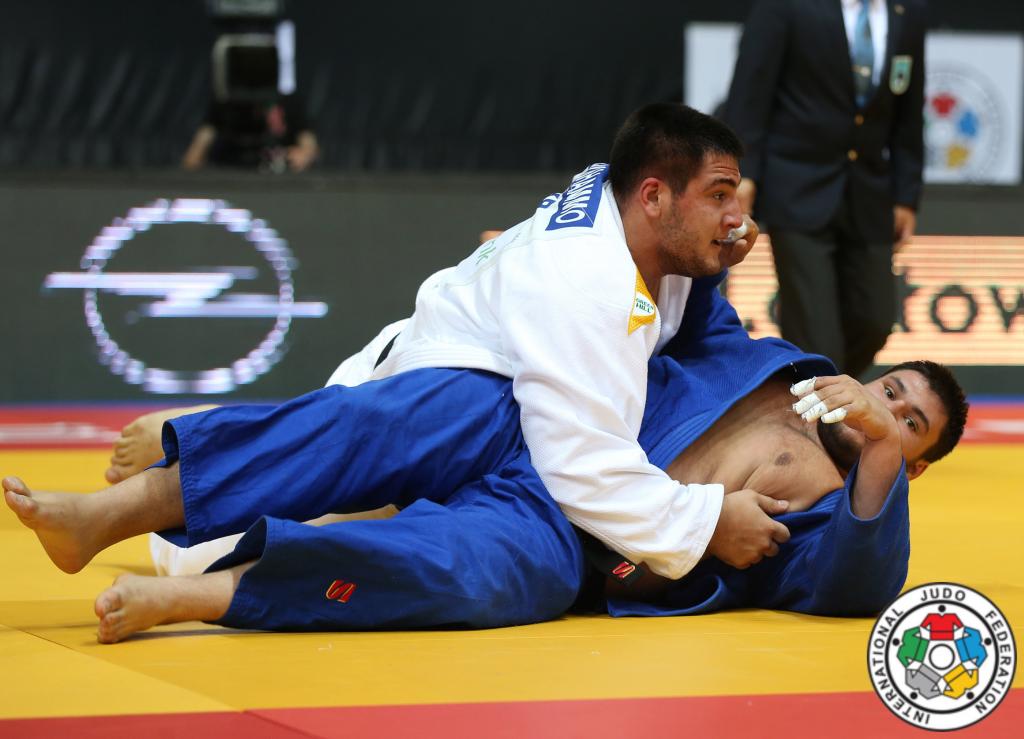 Unseeded Iakiv Khammo UKR took a major step toward his goal of qualifying for next year’s Rio Olympics by winning the gold medal in the +100kg category at the Zagreb Grand Prix. On the final day of competition the 20 year old Ukrainian showed his increasing maturity and ability to mix it with some of the world’s senior heavyweights. Khammo’s day began with a win against another junior. “It did not worry me that I was drawn here in the first round against Ulzibayar Durenbayar [MGL] to whom I had lost in the final of the junior world championships. I had seen the draw on Thursday so knew the quality of the opponents that I would be up against,” said Khammo. There followed a second round win against Germany’s Andre Breitbarth who was the only opponent to take Khammo the distance. Matjaz Ceraj SLO in the semi final and Vladut Simonescu ROU were both defeated by ippon to give Khammo his first ever IJF Judo World Tour medal, and a grand prix gold at that. “I’m thinking about Rio next year but I have two teammates both of whom also have an eye on qualifying for the Olympics,“ said Khammo.

The -78kg category saw Slovenia take its second gold medal of the tournament when Anamari Velensek defeated Victoria Turks UKR with jujigatame. “I was so pleased because my family could be here not only to see me win but also to see my sister (Klara Apotekar) compete,” said Velensek. There were also gold medal winning performances from Toth Krisztian HUN who defeated Aaron Hildebrand GER in the -90kg category, whilst teammate Dimitri Peters GER took the gold medal defeating Michael Korrel NED in the -100kg category. Belkis Kaya TUR made it two gold medals for Turkey when she won the +78kg category from Tessie Savelkouls NED.