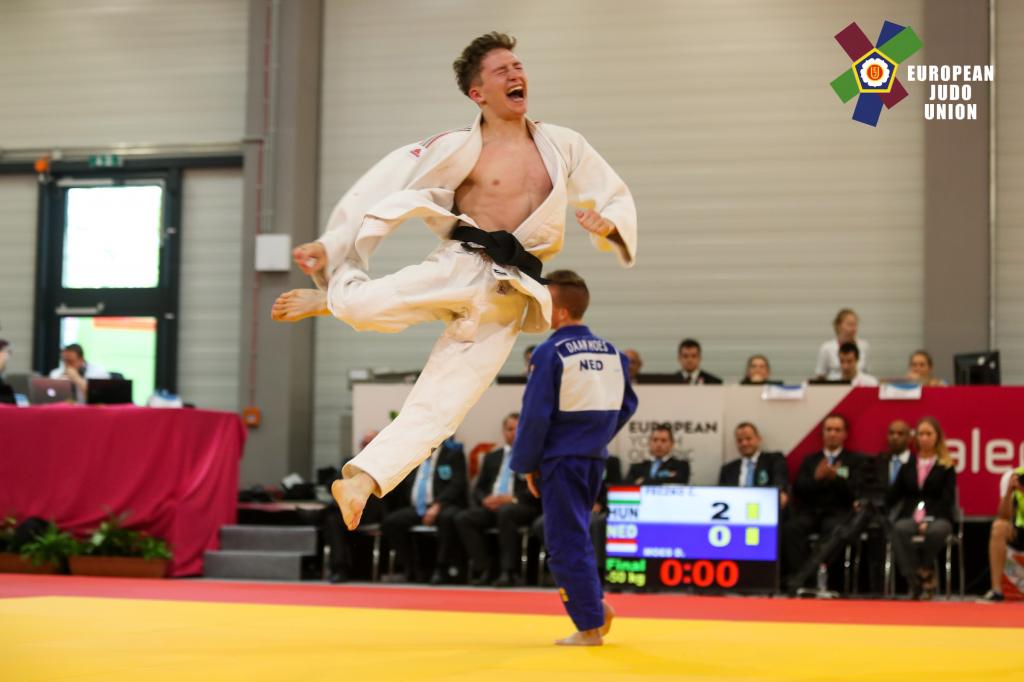 The player of the day is FECSKO Csanad of Hungary, who today, finally turned all his silver miseries into golden celebration at the Olympic Sport Park. The Hungarian judoka first defeated Lyuboslav GRIGOROV of Bulgaria by three very promising waza-ari scores. In the semi-final, Feczko faced Uladzislau DZVONIK of Belorussia, where first, Feczko scored for waza-ari by a tsurikomi-goshi and not long after, Dzvonik responded by waza-ari to even up the contest. With only 10 seconds to the end of this semi-final, Feczko managed to pull out the last effort from the bag and rolled Dzvonik in for another waza-ari to secure his place in the final.

“Yesterday, I felt pressured because of friends and family, but today I looked around and I saw loads of important people watching me and I felt I had to give my best.”

Daan MOES (NED) was standing opposite Feczko during the final of the -50kg category. The Dutch fighter strived through the lower half of the draw and at first, it seemed as it won’t be a walk in the park for the Hungarian until he [Feczko] pulled Moes through for waza-ari by an outstanding uchi-mata. To top up the scoreboard, Feczko threw again for another waza-ari, yet this time, by an effortful seoi-nage. The double Cadet European silver medallist managed to hold onto his scores and with a few seconds left to go he had a little peak at the clock before celebrating his victory by soaring up in the air. Feczko commented on today’s victory after the medal ceremony;

“Winning was an incredible feeling I really needed this medal because I won two silvers from the Europeans and with the help of the crowd it was really amazing. I cannot find words how I felt when the time was up and I won. The crowd was really amazing. I will rest tomorrow and I will start my final preparation for the Cadet Worlds after tomorrow.” 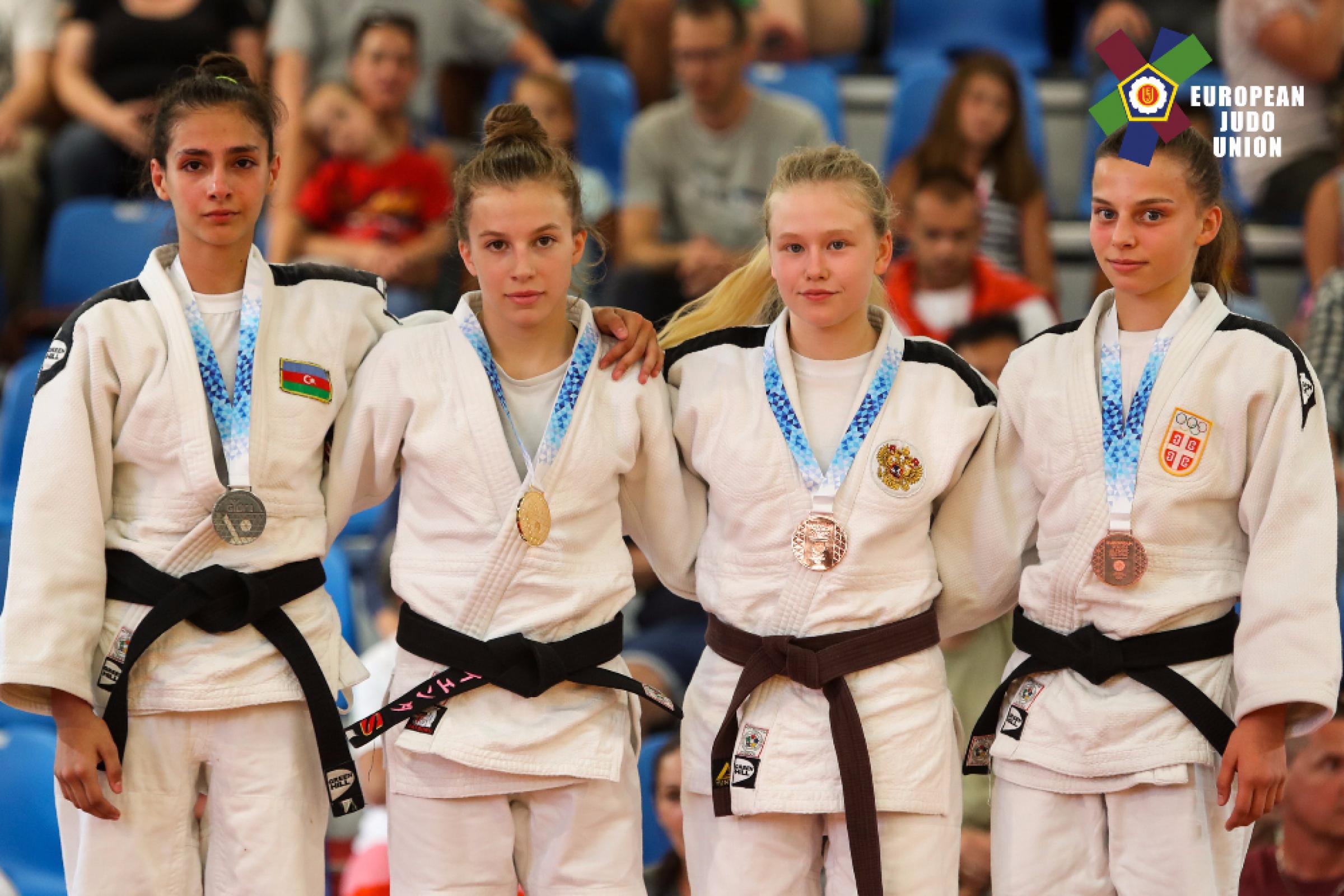 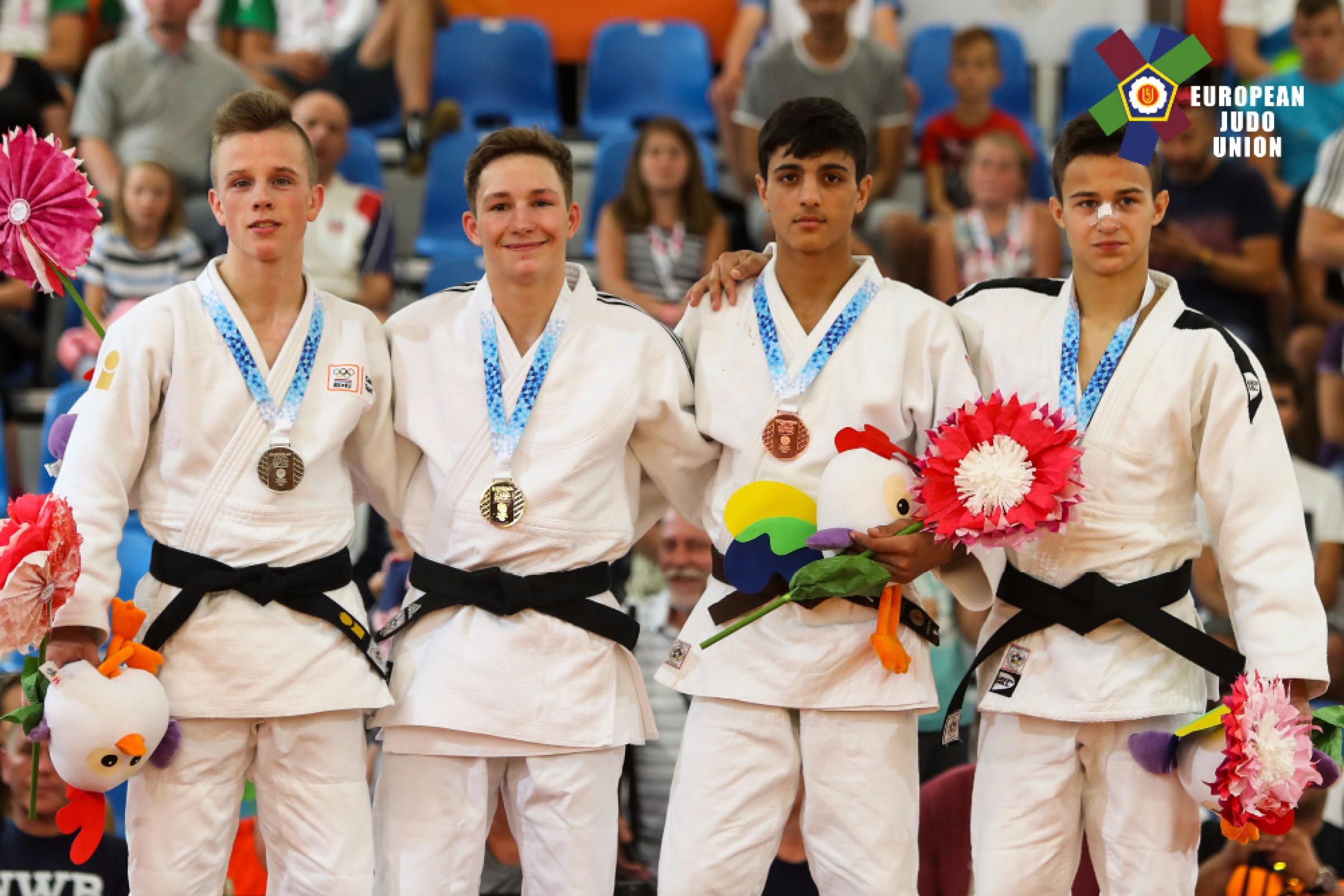 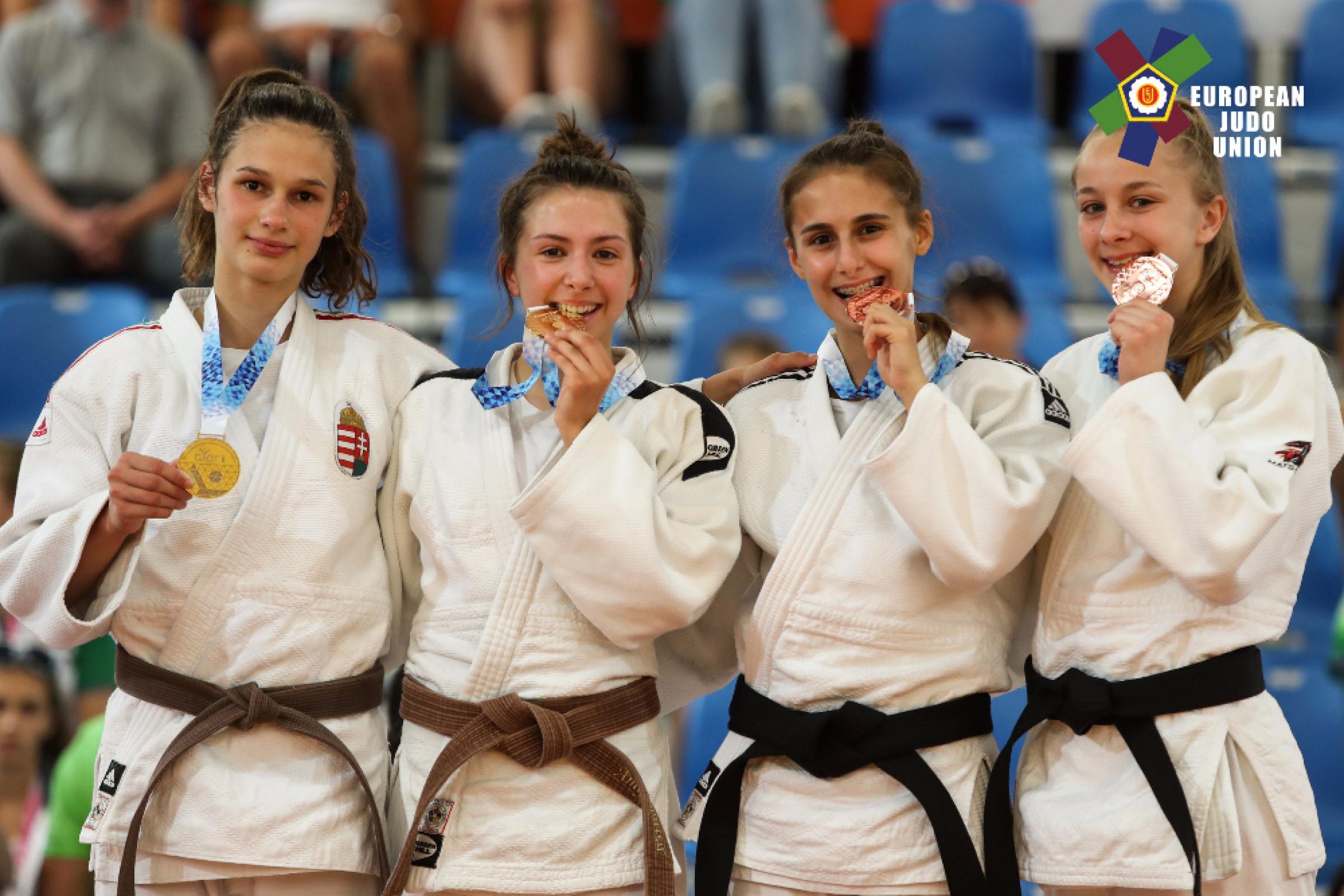 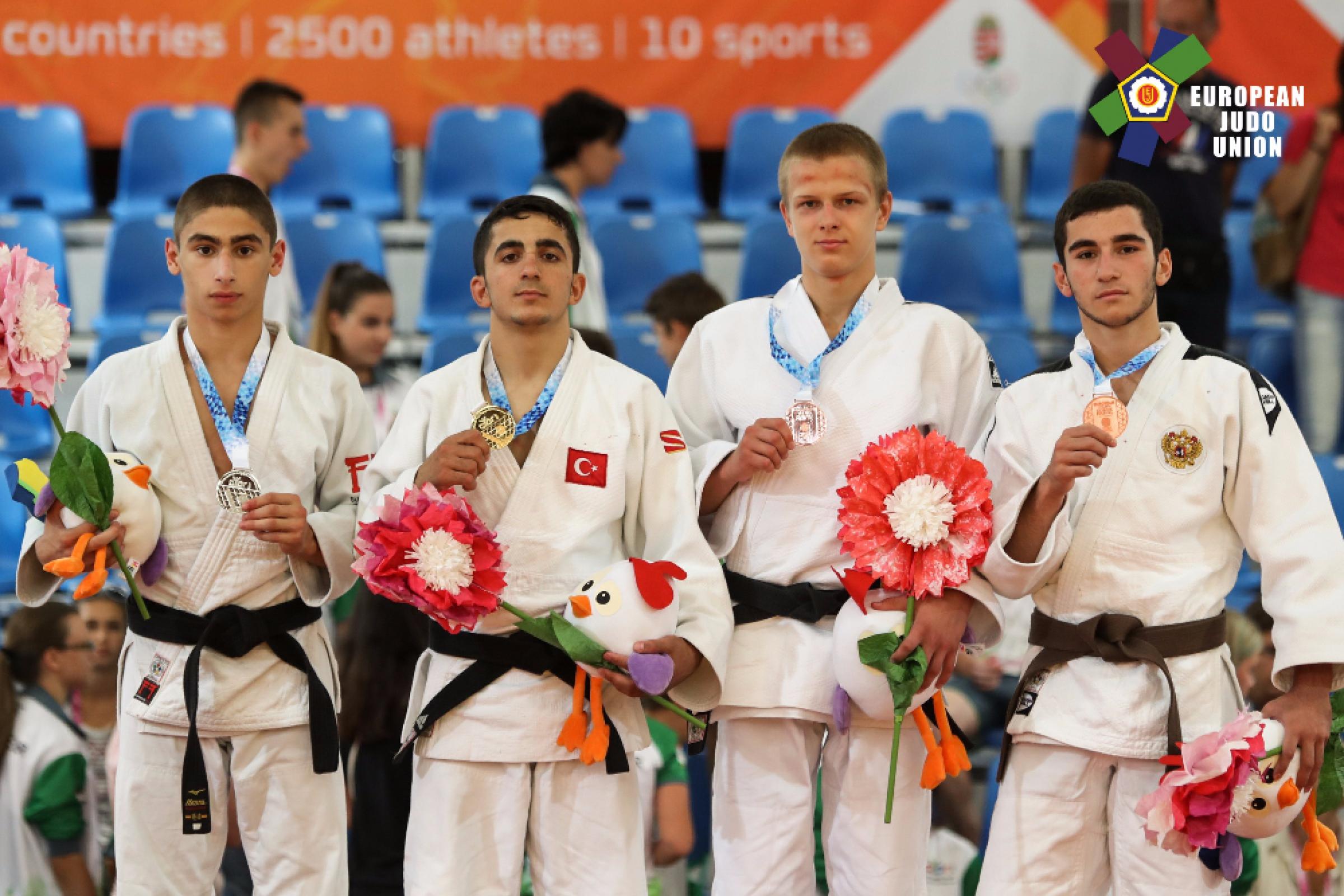 Quotes from the Gold Medallists 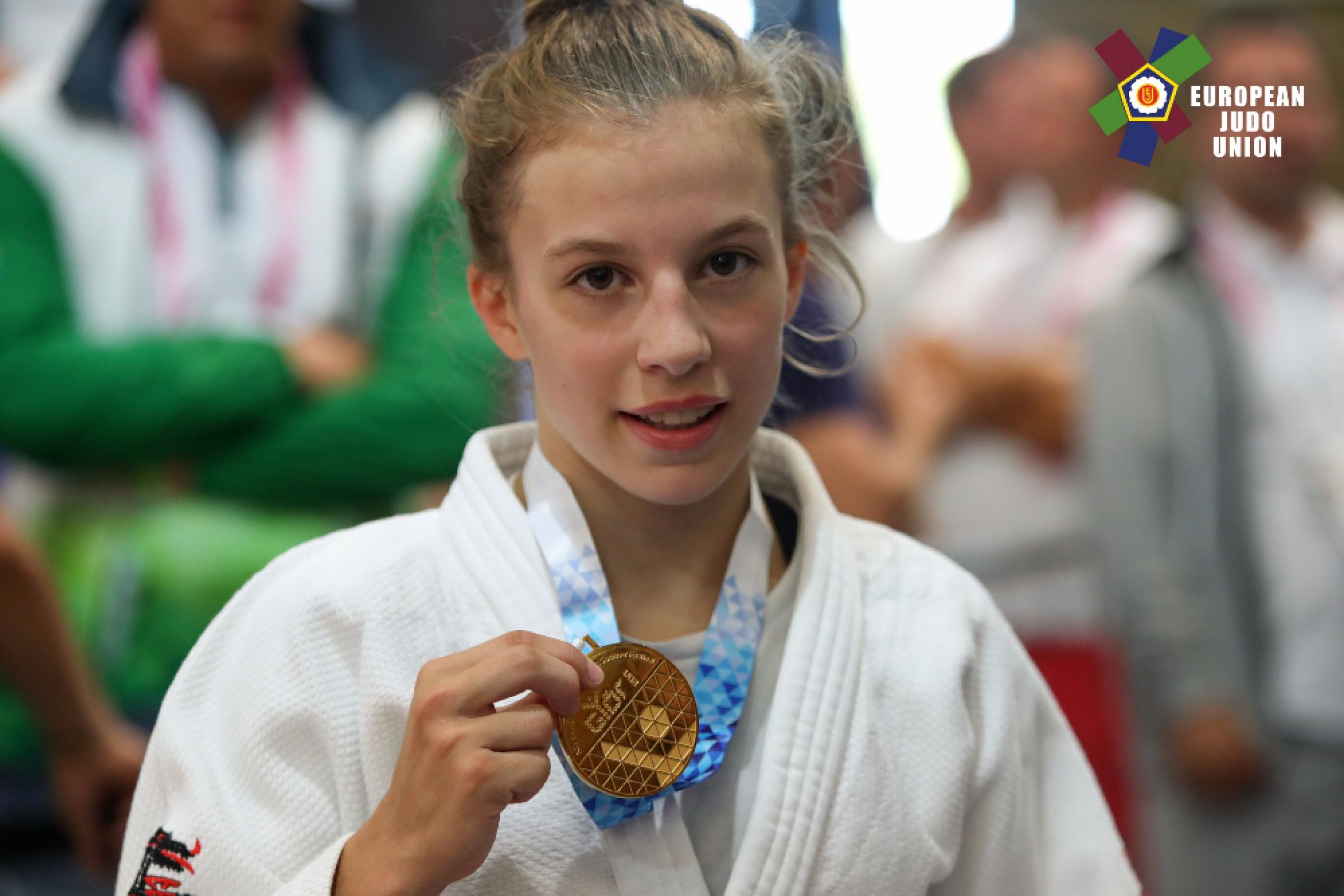 Jente VERSTRAETEN (BEL), winner of the -40kg category: “I’m of course very happy to win here, I’m satisfied with my performance today. It’s always nice winning from the European Champion, it was obviously the hardest match of the day but I’m happy I came out on top.“ – Gabi Juan 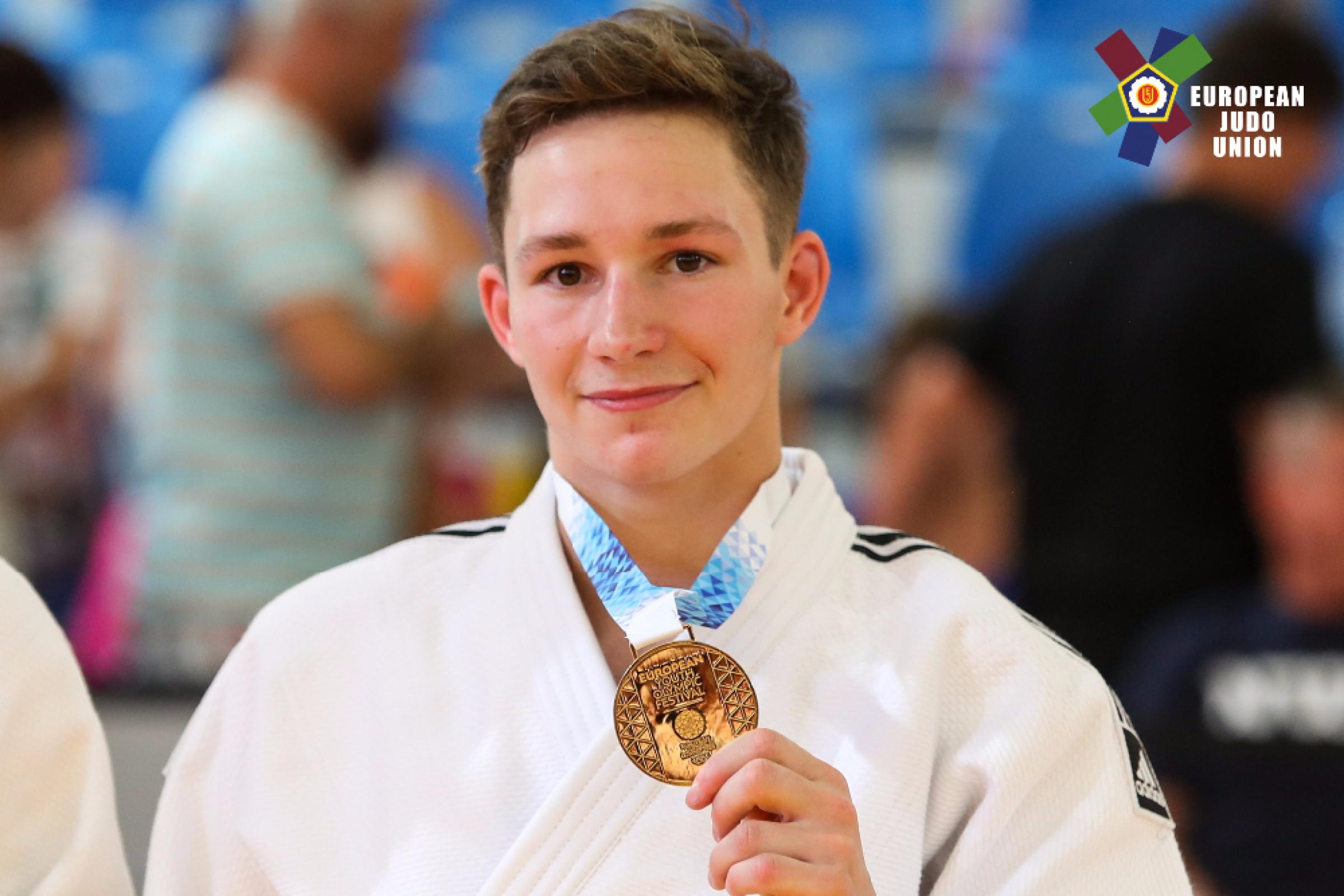 FECZKO Csanad (HUN), winner of the -50kg category: “Winning was an incredible feeling I really needed this medal because I won two silvers from the Europeans and with the help of the crowd it was really amazing. I cannot find words how I felt when the time was up and I won. The crowd was really amazing. I will rest tomorrow and will start my preparation for the Cadet Worlds after tomorrow.“ – Gabi Juan 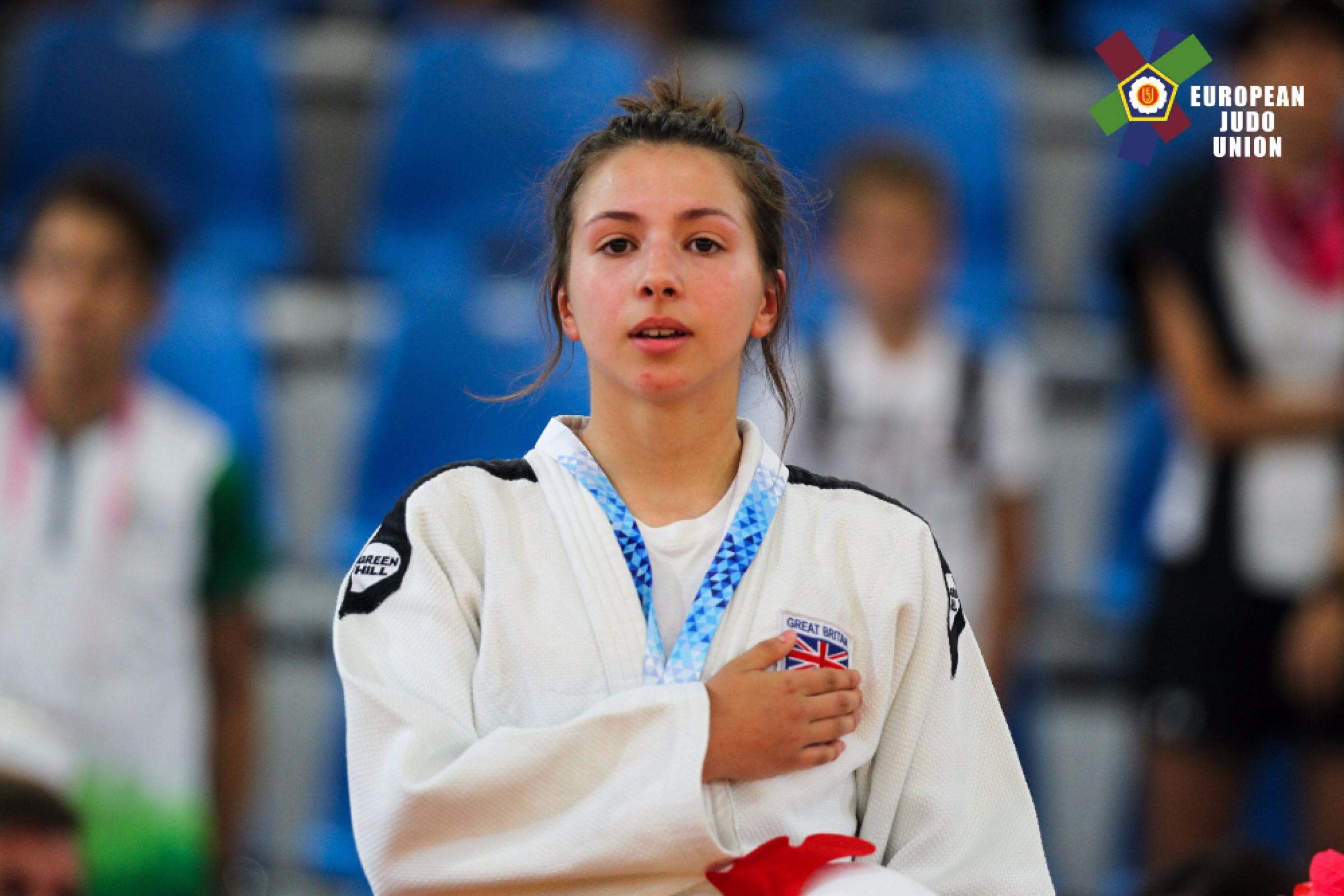 Amy PLATTEN (GBR), winner of the -44kg category: “The gold was the goal obviously, but I didn’t really think of it. I just wanted to take it fight by fight. When I got to the final, I thought this is it, I am going for gold, I don’t want a silver…I want gold. The semi-final was tough but I beat her tactically. I am just so happy and proud of myself, I worked so hard. Now, I have to cheer-on the rest of the team.“ – Gabi Juan 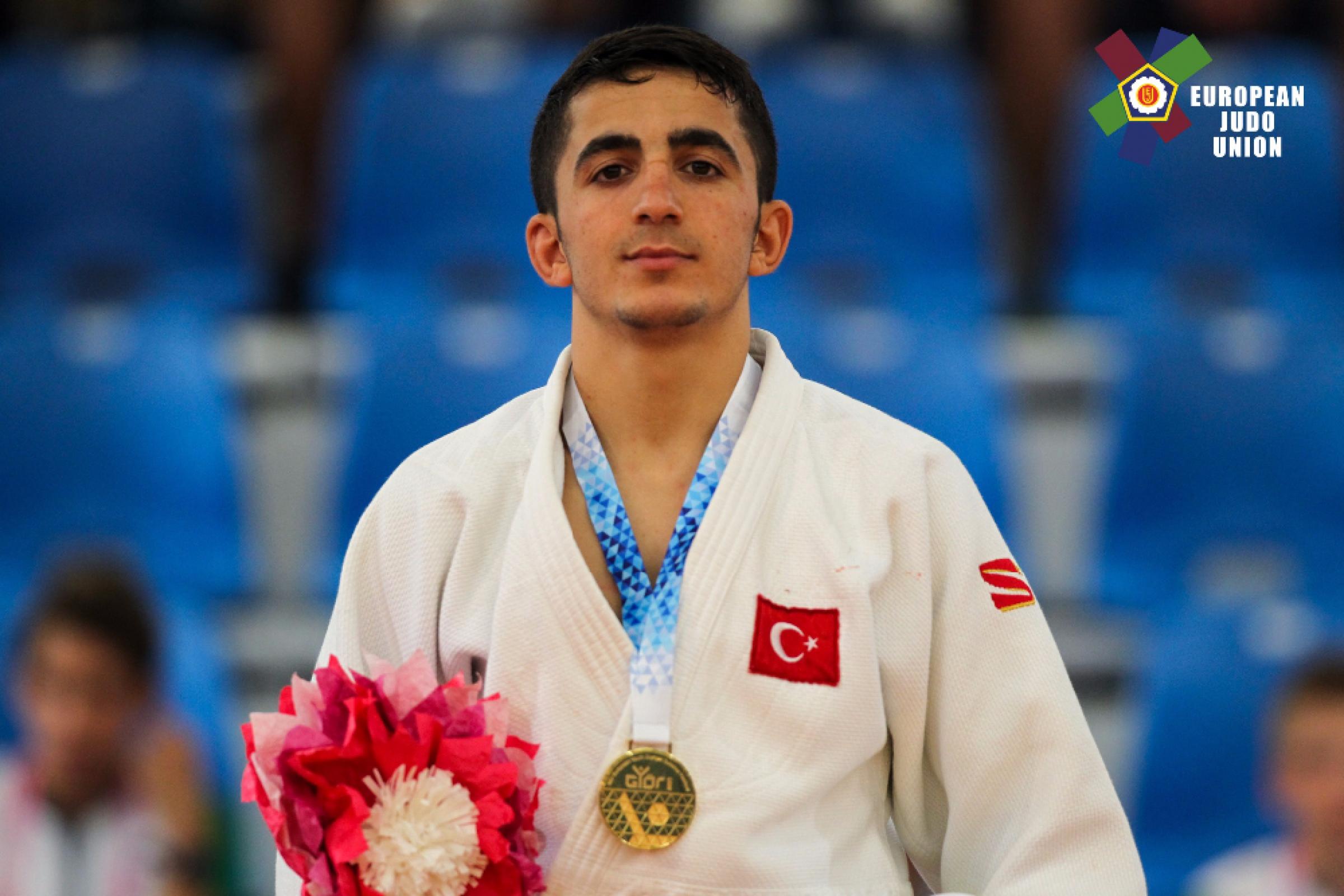 Mihrac AKKUS (TUR), winner of the -55kg category: “The semi-final was hard because it was the first time I faced Gambarian and he was working to the left sided and that is difficult for me when I have to fight against left sided opponent. In the final, against the Georgian [Beka TSIFIANI] also it was my first time facing him so it was not easy, I didn’t want to take any risk. I wanted to defend my champion title and didn’t want to take risk but I wanted to show that I am really the best.“ – Gabi Juan