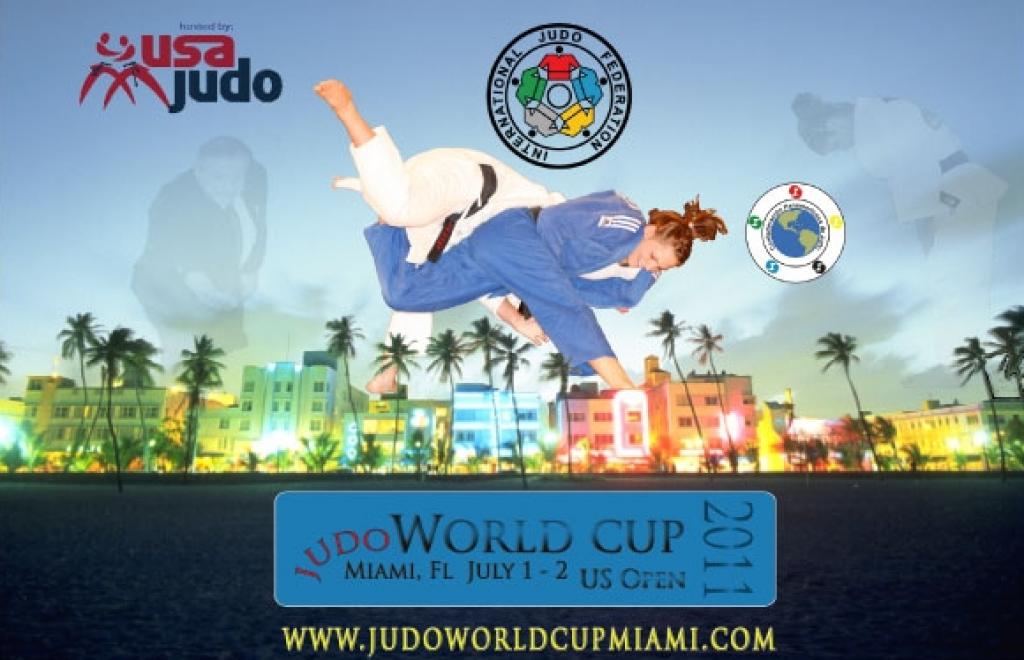 26 European nations are competing at the Judo World Cup in Miami this weekend. In total 111 judoka from Europe are fighting in this World Cup, part of the American tour.
Most successful were the European women who were able to win three out of four categories at day one in Florida.
In the category U48kg Oiana Blanco defeated two Europeans before she finished Olympic medalists Paula Pareto from Argentina to win the gold. Nataliya Kondratyeva (RUS) and Roni Schwartz (ISR) won the bronze.
The final in the category U52kg was totally European with Romy Tarangul who defeated Natalia Kuzyutina in the final. A quality final and for Tarangul her first international victory since 2008 at the World Cup in Sofia. That was also the last time that she beat the double European Champion Kuzyutina. Since then the German lost four bouts in a row. Recently Kuzyutina defeated her at the World Cup in Lisbon and last year at the Worlds in Tokyo.
Kathrin Frey of Switzerland won her first World Cup medal. She won the bronze in her last match against Lucie Chytra (CZE).

The women’s category U57kg was won by American Marti Malloy who prolonged her title of last year. Malloy defeated German Miryam Roper for the gold.
British middleweight Sarah Clark won the division U63kg being victorious over Yarden Gerbi from Israel. The podium was completely European with Yahaira Aguirre from Spain and Marta Labazina from Russia picking up the bronze.

In the men’s category Juan Postigos of Chile defeated Beslan Mudranov (RUS) in the final U60kg. Ludovic Chammartin of Switzerland won the bronze. Brazil was good for two medals U66kg. Leandro Cunha won gold in his final versus Francesco Faraldo from Italy. Alim Gadanov lost the bronze in his fight against Sasha Mehmedovic (CAN).
The only European medal U73 was for Estonia’s Kunter Rothberg who wasn’ty able to shine at the World Cup in his own country but won bronze in Miami against Sao Jereb (SLO). Earlier he lost to 2009 World Champion Khashbaatar Tsagaanbaatar.

The Brazilian leads in Miami for Germany and Spain after day one.