FIGHTER TBILISI BACK ON FORM TO TAKE EUROPA LEAGUE 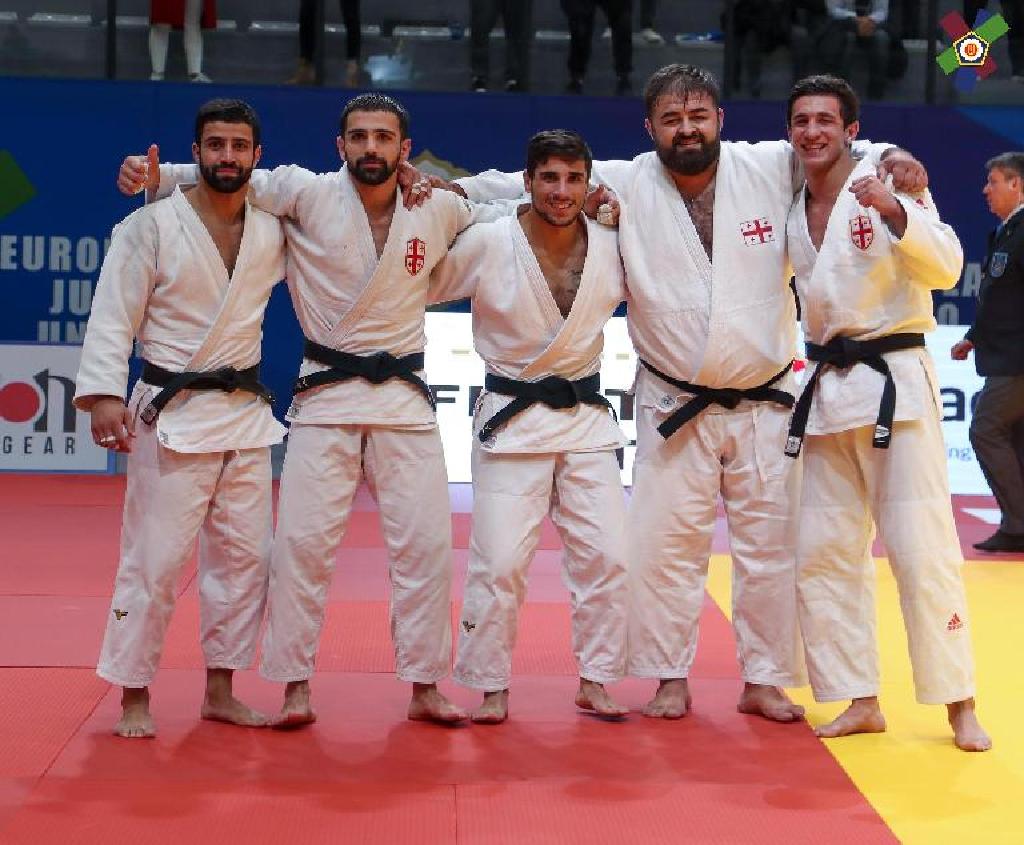 In the quarter finals, Fighter Tbilisi pulled out the fastest team win of the weekend, spending under five minutes on the tatami between all five athletes, establishing their pace and standard for the day. With a 5-0 win already under their belts, the last two contests secured by Junior European and World Champion, Lasha BEKAURI and World bronze medallist and European Games Champion, Adam OKRUASHVILI, the momentum carried them on.

They started off equally as dynamic in their semi final against Grozny Edelweiss (RUS), another strong team. This turned out to be a much tougher match up but still, the Georgian lightweights pulled it out the bag with some big wins from Bagrati NINIASHVILI, Phridon GIGANI and Nugzari TATALASHVILI, also securing their place in the final.

Coming up against the French side, Sucy Judo, in the final including the likes of Axel CLERGET, World bronze medallist, posed a threat but the Tbilisi team were ready. Wins once again from NINIASHVILI and GIGANI put them in a great position, with only one more win needed to take the Europa League title.

It wasn’t an easy contest for TATALASHVILI with the athletes evenly matched, but with the support of the crowd and team mates he battled in to golden score and his opponent picked up three penalties, awarding the opposition the gold medal.

I am happy about this victory. Now we are qualified for the Champions League. So next year two teams from Georgia will be there. Maybe we will see an all-Georgian final.

19 year-old BEKAURI gave CLERGET a good fight and moments before the end, an ura nage attempt looked as if it might have evened the score but it was not awarded. Regardless of the outcome of the -90kg contest, Fighter Tbilisi came back for one thing and left knowing that in the next edition they will be fighting for the Champions League title, alongside another Georgian team, Golden Gori.

The women’s tournament saw a strong Portuguese team, Academica, with a brilliant support narrowly miss out following a last second defeat in the fifth contest to Ujisk Slavija (SRB), who ultimately took the place in the final against US Orleans Loiret Judo (FRA).

The Serbian side had a great run with players Nadezda PETROVIC and Eteri LIPARTELIANI (GEO) managing to secure the first two contests. Unfortunately for them, the French proved to be too strong in the final three contests which gave them the win.

The final contest was confirmed by World Champion and Olympic medallist, Audrey TCHEUMEO who celebrated with her team as they snatched their place in the next Champions League.

I didn’t feel any pressure on my shoulders in the final match. The +78kg is not my normal weight category so I was here to help my team. Unfortunately some team mates couldn’t come to Odivelas because of injuries, so we were not complete but we fought with pleasure and strong mentality and won the gold medal.

Coach of the US Orleans Loiret Judo team and World silver medallist in 2007, Anthony RODRIGUEZ was very happy with their performance,

We were back with 2:0 but I was not nervous because I knew that three strong women were coming next. The plan worked out. We are looking forward to next years Champions League and the we will come back with an even stronger team.

This success did not come without hard work today and it wasn’t the first time that TCHEUMEO has been the deciding factor. Their semi final was against a rival French team, Sainte Genevieve Sports Judo and had also fallen 2:2 before TCHEUMEO took on Junior European Champion Lea FONTAINE. Although SGS Judo missed out on the final, they took a bronze medal, putting two French teams on the podium.