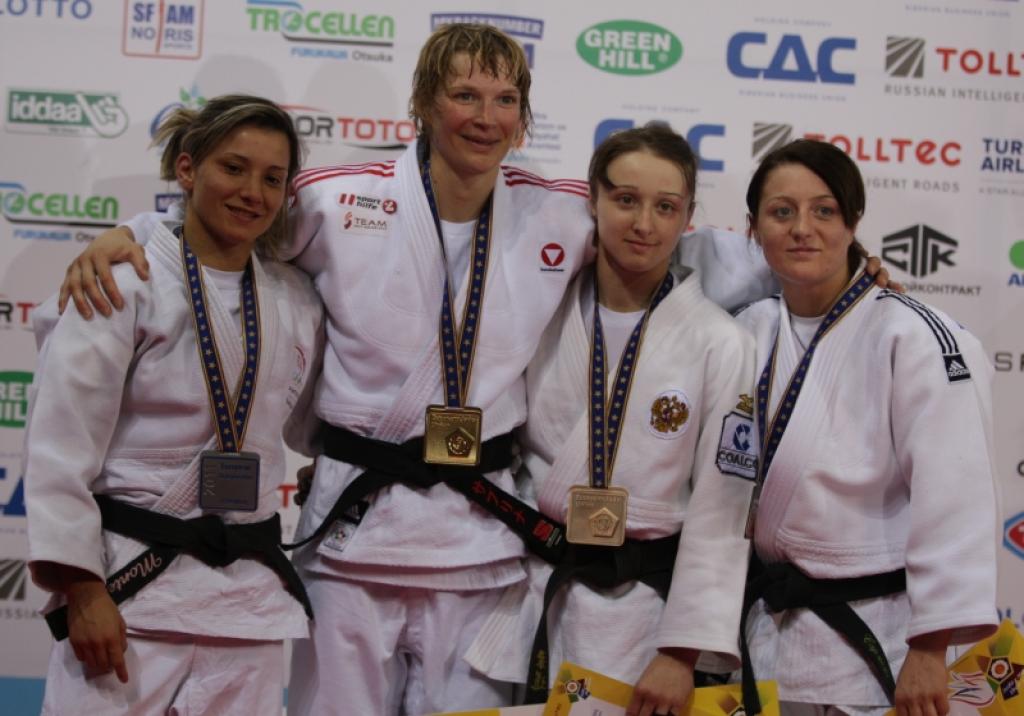 Maybe not the best final, but definitely a thrilling final between Telma Monteiro (POR) and Sabrina Filzmoser (AUT). Sabrina Filzmoser decided the match in the last 80 seconds by a penalty for Telma Monteiro and won her second European title. A very valuable one as she reminded the death of Claudia Heill in March. Just last Tuesday she was buried in Vienna and Filzmoser and her colleagues all joint the funeral. “Today was extra special. This was for Claudia” said Filzmoser who won her second European title. Previously she won in 2008. Last year she reached the final and lost to Caprioriu who was now defeated in the semi final as a pay-back.
Monteiro remains European Champion (2006, 2007, 2009) but had never lost a European final.