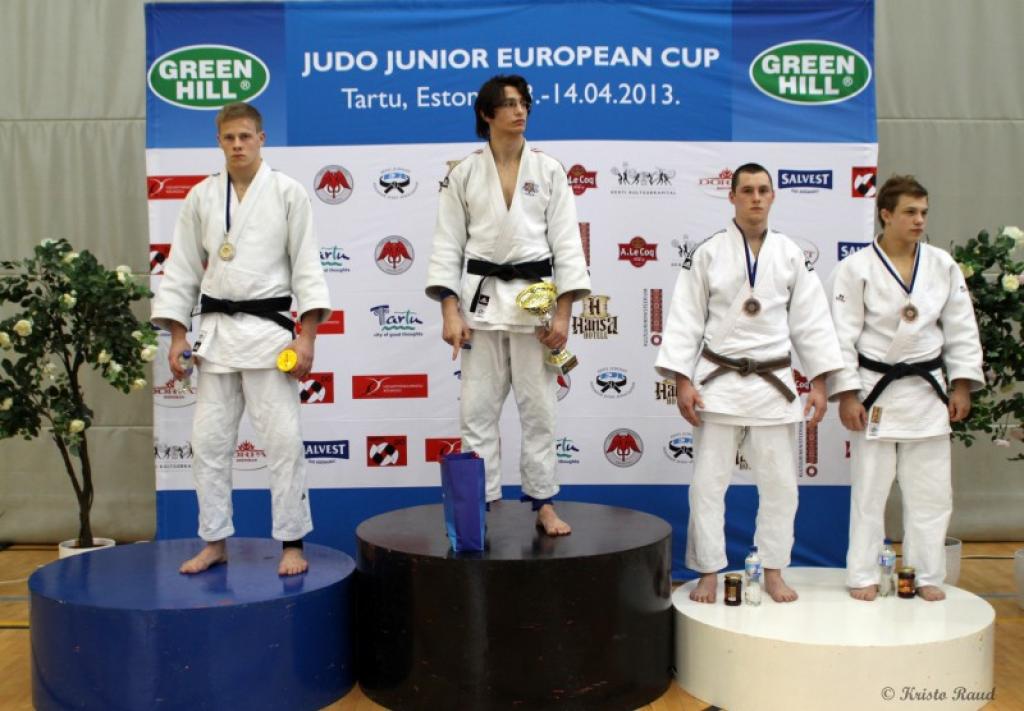 The most successful nation of the first day of the Green Hill Junior European Cup in Tartu was Finland. Estonia’s northern neighbours won three  gold medals and one bronze. Gold medals also went to Latvia and Belarus who were both represented by big teams. The organizing country Estonia got only one medal claimed by Kristjan Tõniste U73kg, but Estonia has high hopes for the second day. In total 84 competitors from 11 countries were in action today.

The most exciting match of the day was the final match in men’s category U66kg, which was between Rene Villanello (FIN) and Connor Ireland (GBR). Villanello was awarded 3 shido during the match and was very close to losing it, but he managed to get a score 30 seconds before the end. Then it was the British fighter’s turn to attack, but no results for him. So the Finnish judoka got a deserved gold in a close fight.  Gold medals  in the women  categories went to Katri Kakko (-52kg) and Laura Jauhiainen (-57kg) – both from Finland. They were the only Finnish girls fighting on Saturday and both got a chance to stand at the highest podium level.

A satisfying day though for the Finnish team. In the men’s division U55kg the gold medal went to Latvian competitor Ruslan Soha and U60kg the first place was reserved for Maksim Klimau (BLR).