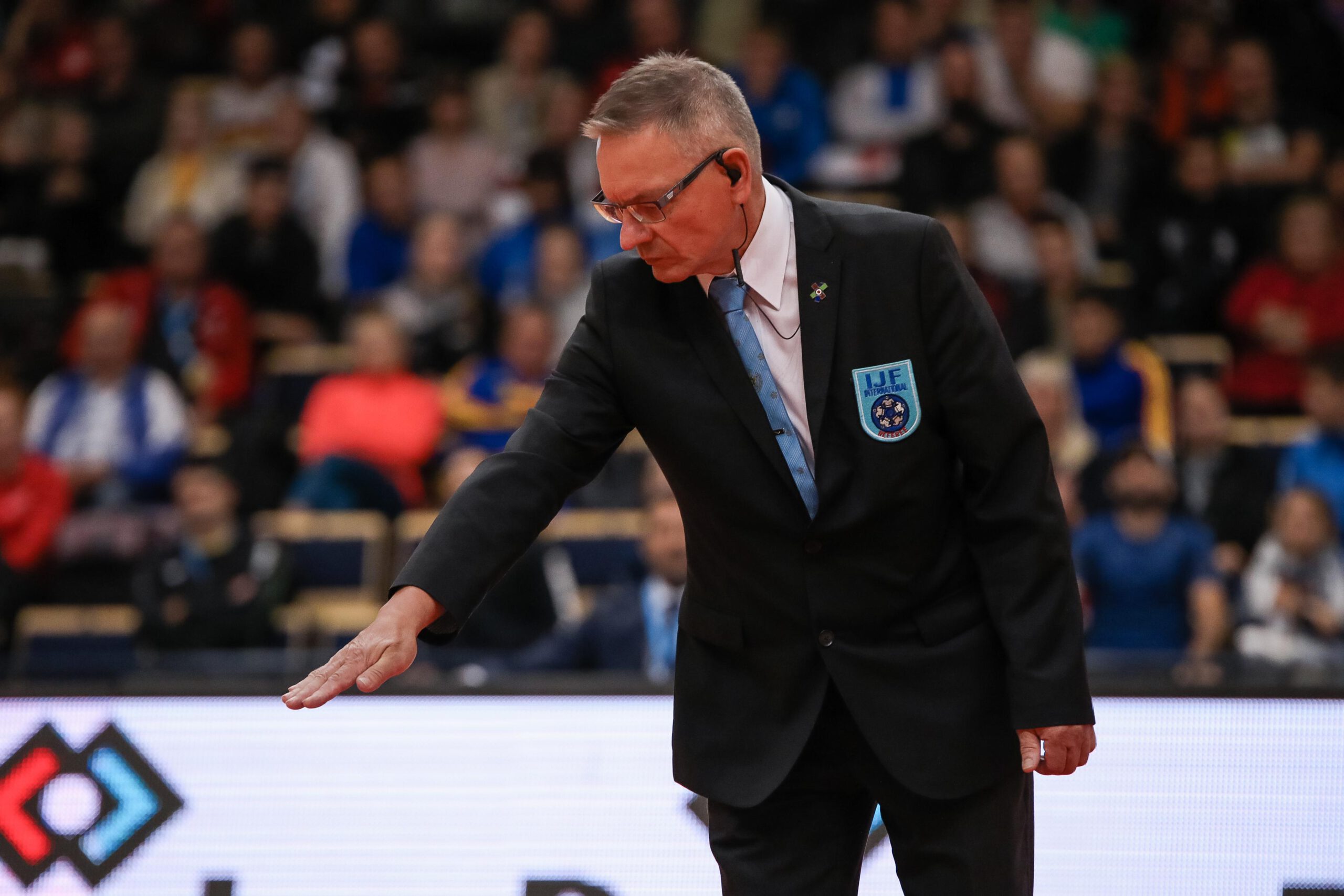 Kari Neuvonen started judo in 1969 in his hometown Joensuu, Finland. He competed on a national level at juniors and seniors winning three medals at Finnish Championships. In 1976, he received his 1 dan and in 1977 began his national refereeing career.

After the military service and studies, he moved to Kuopio (FIN) where he met his wife Anna-Leena. The couple got married in 1983 and had their first-born son Miikka in 1985 and daughter Riikka in 1988.

Neuvonen participated in the Continental-license exams in 1990 in Leonding (AUT). The first major international tournament was in 1991 at the Paris Open (Paris Grand Slam) followed by the first European Junior Championships in the same year at Pieksämäki Finland. Thus began his nearly 30-year career at continental championships.

The highlights of my career are the two selections to referee at senior World Championships. Both the 2005 event in Cairo and 2007 event in Rio de Janeiro bring back many great memories. I had been an international referee for over a decade already and felt comfortable refereeing at that level too.

When asked about individual matches that stood out,

My first senior World Championship final. Women under 57kg in Rio de Janeiro. It was the North Korean Sun-Hui Kye versus the Spanish legend Isabel Fernández. Kye won and I can still feel the excitement of the packed arena.

The year 2020 will be internationally remembered as the year of the pandemic meaning that the journey that begun in 1991 in Pieksämäki Finland finished at the Junior European Championships at Vantaa, Finland in 2019. Even if Covid-19 stopped his long-lasting international refereeing career, Neuvonen has no regrets.

I had a good run while it lasted. My career as referee was far greater and definitely much longer than I ever could have anticipated. I have thoroughly enjoyed being a member of the international judo family and I have formed many lifelong friendships through judo all over the world. I enjoy seeing Veli–Matti Karinkanta carrying the Finnish refereeing torch at the highest possible level having been selected as the first Finn ever to referee at the upcoming Tokyo Olympics.

Neuvonen still follows both the national and international judo closely. Rest assured that when the first hajime comes at the Tokyo Games, Kari will follow the refereeing with almost the same intensity as the actual matches. Once a referee, always a referee.