Fireworks at European U23 Championships in Prague 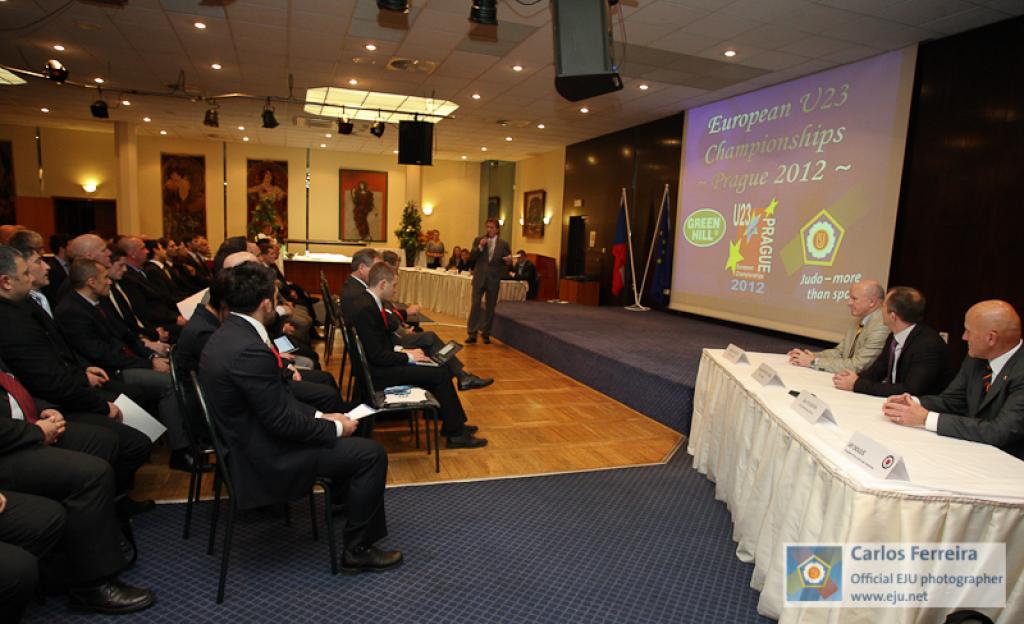 On Thursday evening the draw was executed at the tenth European U23 Championships in the official athlete hotel in Prague. Czech Judo Federation president Jiri Dolejs was present among the VIPs to welcome the coaches. EJU President Sergey Soloveychik thanked the organization and was happy with the draw. “However the performance at the Olympic Games was our best presentation for us as a continent.” President Soloveychik referred to the 29 medals Europe won at the Olympic Games.

At the European U23 Championships fantastic fighters are at the start on Friday. In total 362 athletes will appear in Prague representing 38 nations.
AT the draw the 2006 Championships were reminded were Tagir Khaibulaev won a medal, and in 2008 Mansur Isaev won a gold medal. Both fighters are now at the top of the worl when they claimed the Olympic title in London. This underlines the importancy of this championships and the coaches sent their best teams.
Among the coaches European, World and even Olympic Championships to give the best guidance to their potential athletes in Rio in 2016.