FIRST AND ONLY DELIVERED BY SKRABL IN KOPER 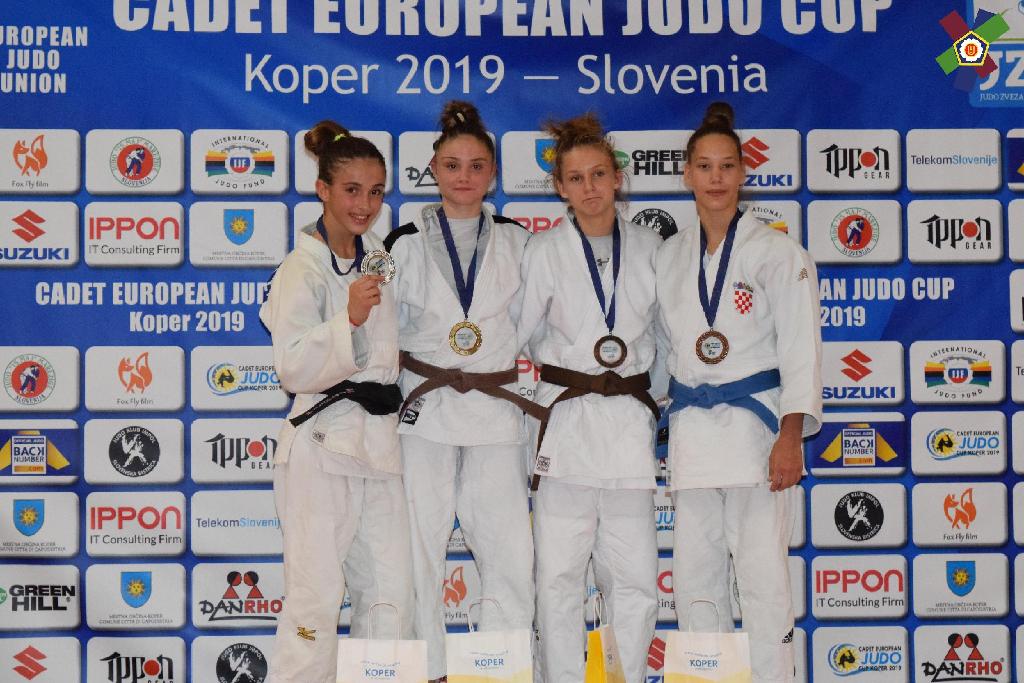 Altough the big events are over for the cadets this year, there were still almost 400 judoka from 25 different nations attending at the cadet European Judo Cup in Koper, Slovenia. The overall medal table shows Italy winning a total of 14 medals with Switzerland and Serbia following behind.

The most exciting final came from the -52 kg category, where Ana SKRABL (SLO) faced Micaela SCIACOVELLI (ITA). Both judoka were aiming to dominate with thair favoured right sided attacks which proven to be pretty even. Therefore, the contests had to go into golden score where all eyes were fixed onto the only contest in the venue. The very same contest shown remarkable spirit from both athletes, ended after a longlasting 10 minutes of extra time and with the only gold for Slovenia from this event. It was also Skrabl’s first cadet European Judo Cup medal. Her coach concluded his thoughts after the final;

This was her first final fight on European cup. The fight was long and tie, they were both persistant, they both were agressive in fight, so at the end trivial things decided who the winner will be, of course support of home crowd was in help too. This is great result for Anja, it will give her strenght and motivation for her further sports career.