FIRST CADET GOLD MEDAL SHINES LIKE A DIAMOND FOR MACEDONIA 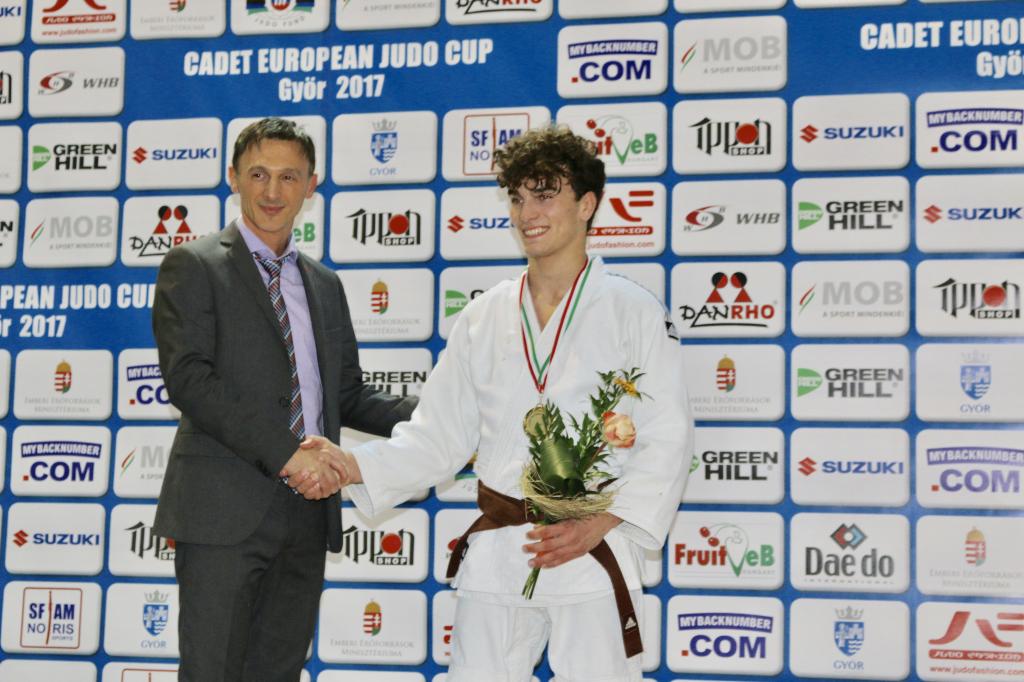 The first Cadet European Cup ended with a great success for Macedonian Judoka Hamza Jashari (-66kg) who won gold after doing judo 9 years. This is the first Macedonian gold medal from a Cadet European Judo Cup.

“This is amazing to get the first Macedonian gold medal in the Cadet EJU Cup. I have been doing judo since I was seven years old and live for that since then. I have never tried any other sport, because it was love for first time. My family strengthen me to achieve very pleasing success, however they are not interested in judo as much as I am. My first competition was in 2012 and now I have a gold medal. This is unbelievable. I hope to achieve such a success in the near future.”

Hamza had to win five fights to reach the shiniest medal. Firstly, he won against with Gergely Gábor (ROM) by an amazing ippon. His second contest was against Matusowitz Dan (GER), Hamza won against his german opponent by 2 vazari. In the semi-finals Hamza had to fight against Italian, Luigi Centracchio, and Hamza won by 2 vazari similar.

Finally, in the last contest for the gold medal he faced with Mateo Cuk (GER). He believed to defeat his German opponent and managed to do it.

“I am so fortunate to be able to do judo and never give up my lifestyle.”