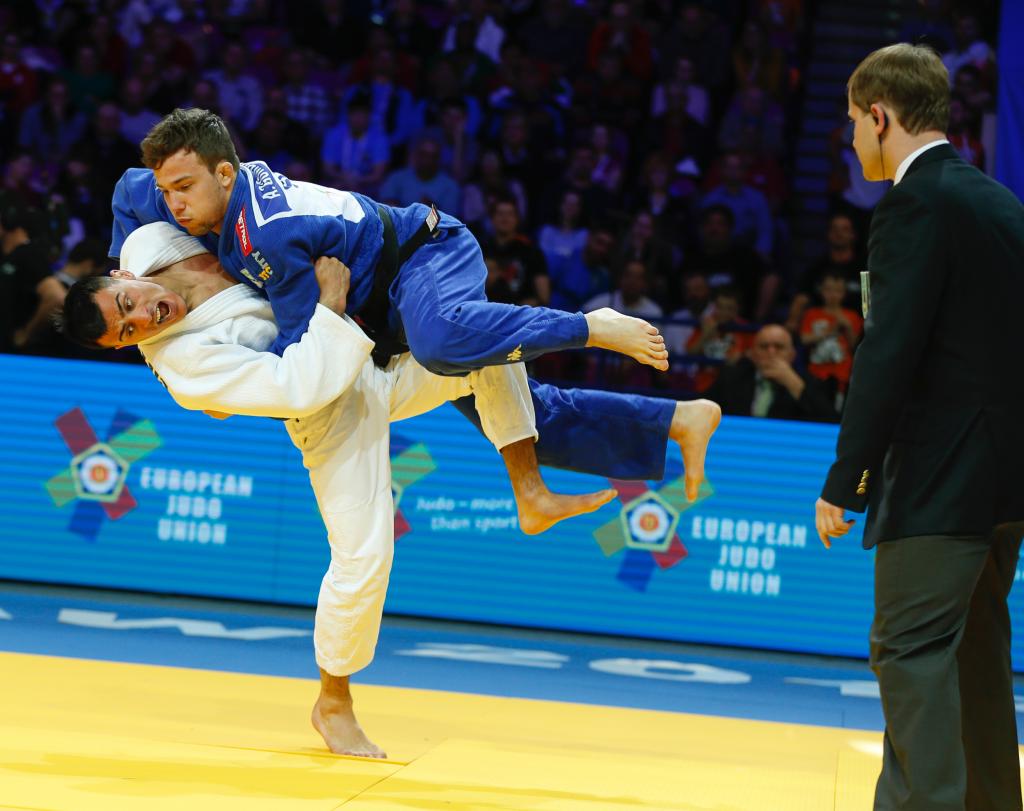 The first day of the 2017 European Judo Championships saw five of the lightest weight categories on show. Day one resulted in Ukraine finishing top of the medal table with a double golden celebration. Russia, Kosovo and France all shared a gold in-between. The most ecstatic performance came from 16-year-old Ukrainian judoka, Daria BILODID. On her way to gold in the -48kg category, Bilodid defeated Olympic bronze medallist and double European Champion, CSERNOVICZKI Eva (HUN).

The celebration continued for the Ukrainian team after the end of the final of the -66kg category, where judo legend, Georgii ZANTARAIA stood atop the podium. The last time Zantaraia claimed a European title was in 2011 in Istanbul. The former World Champion had his ups and downs recently, and it has been some while since we last saw him shining. Well, today, he certainly made his comeback with a very dedicated and promising performance. The only opponent who was able to score on him today was Matteo MEDVES of Italy.

Robert MSHVIDOBADZE won the gold medal and became 2017 European Judo Champion in the -60kg category. The Russian judoka only showed signs of struggling during his first contest against Maksim Klimau (BLR) and from the second round onwards, he became unstoppable. Majlinda KELMENDI defended her title in the -52kg category whereby she delivered what was expected. Latter bronze medallist, Evelyne Tschopp (SUI) was the only person able to throw Kelmendi throughout the whole day and yet she ended up as the second bronze winner, Joana RAMOS (POR) whom Kelmendi could not throw for a score. Instead, Kelmendi used her tactical skills to defeat Ramos. The last national anthem of the day came with a celebration for the French team. Whilst all expected top seed of the -57kg category, Helene RECEVEAUX (FRA) to claim victory, it was her teammate, former -52kg player, Olympic bronze medallist, Priscilla GNETO winning gold. On her way to glory, Gneto defeated some of the bigger names of this weight class, such as, Nora GJAKOVA (KOS). In the final, she overcome 2017 Dusseldorf Grand Prix winner, Theresa STOLL (GER).