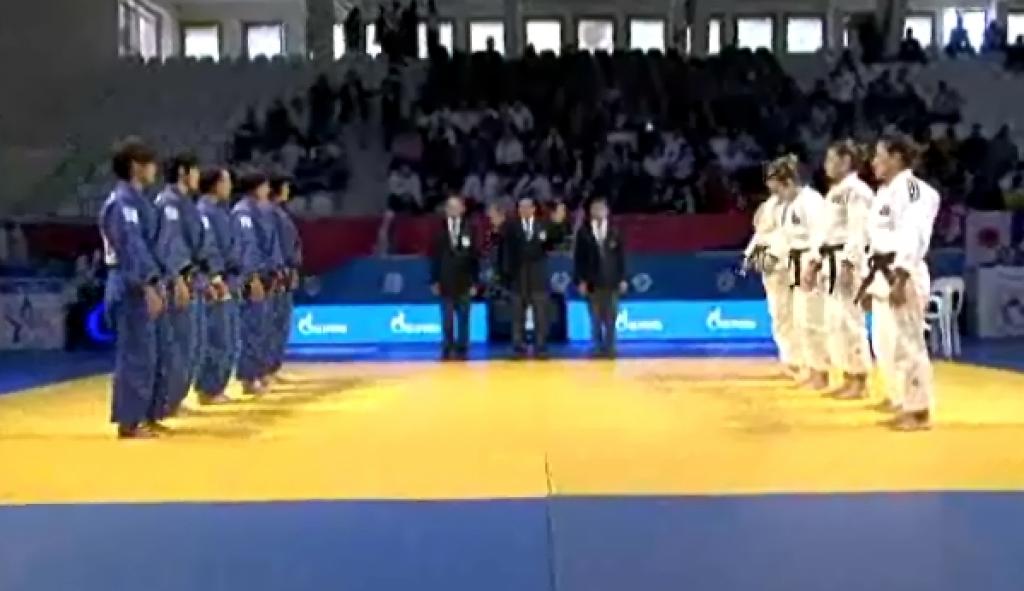 On Saturday the World Team Championships have started in Antalya.
For the first time ever two European times have qualified for the final. Holland defeated Japan in the semi final while Germany defeated France. Since 1997 always Japan and/or Cuba was in the final. Not this time as the Dutch women’s team surprised Japan. Must be notified that the Japanese didn’t send their best possible line-up but it was exciting to see the Dutch team defeating their opponents with lots of pleasure.
The Netherlands defeated Mongolia in the preliminaries by 5-0. Germany defeated China 3-2 and France with the same result.

For the first time, a new format of the competition will be tested on Saturday and Sunday, with teams composed of five athletes, where before it was seven. This will give opportunities for more countries to qualify at that level. Nevertheless, only 8 men’s teams and 8 women’s teams will participate this weekend. The first match first immediately give access to the semi final and thus the final block.

The President of the Turkish Judo Federation, Fatih Uysal, is really happy with the proceedings of the organisation. Initially scheduled in Istanbul, the championship was moved to Antalya only last April, but the Organising Committee did a great job to be able to offer an unbelievable event. Within two days, the competition hall, which was already used last year for the under 23 Judo European Championship, has been transformed according to IJF and TV standards.
Japan is the current title holder in the women’s division, Brazil the number one seeded.

In the men’s events the following matches will start: Japan v Russia, Georgia (the current European Champion) v. Korea, France vs. Brazil (just like the women), Turkey v. Mongolia.
Georgia is the last World team Champion (2008) when they won the final against Uzbekistan, currently not present.

For an individual sport like judo, a team event represents something different and always increases the passion and the emotion, but in a very respectful atmosphere. This is exactly what the IJF wants to promote with the organisation of this important championship. Next year this event will be held in Paris in August, on the last day of the Judo World Championship. But the objective is to have the team competition as new event in the official program of the Olympic Games, in Rio 2016. This decision will be taken in 2013, after London 2012.