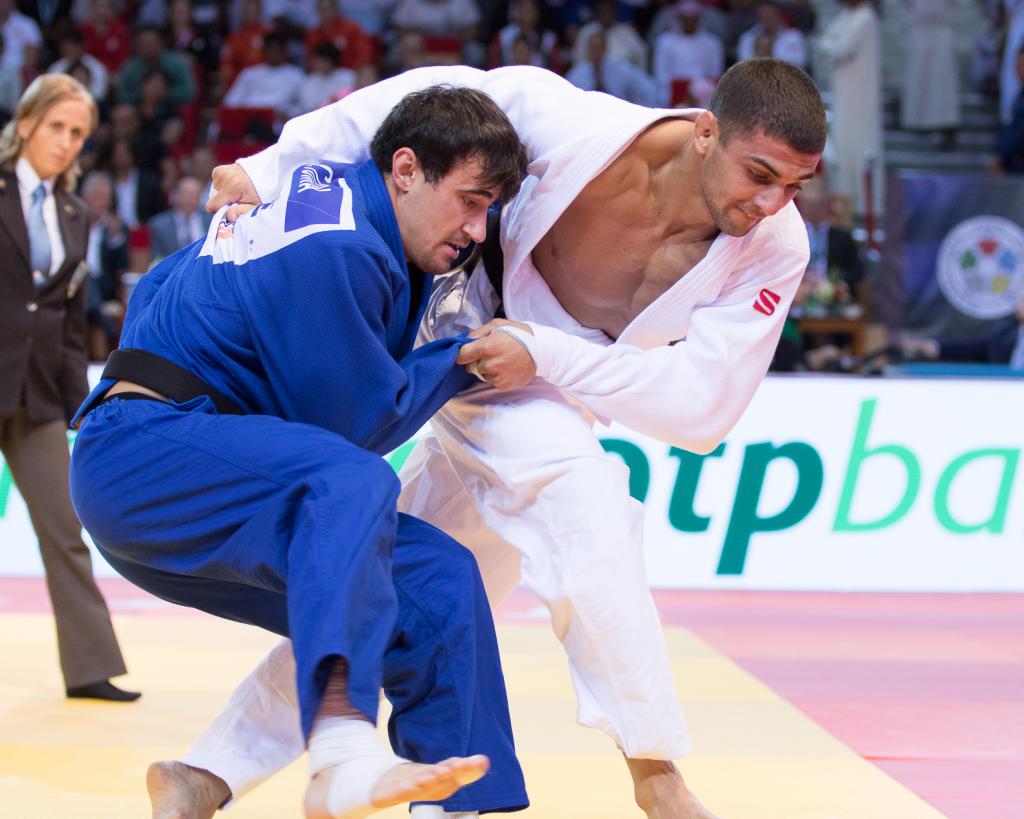 The second day of competition at the Abu Dhabi Grand Slam was the most successful day of Ivaylo IVANOV’S (BUL) burgeoning judo career to date. For not only did he take his first ever IJF grand slam medal, it was also a first for his country.

Ivanov’s first round opponent was Alexios NTANATSIDIS (GRE) whom he threw with sumi gaeshi for waza ari then held the Greek with ushiro kesagatame.  Next up was Vladimir ZOLOEV whom after a penalty strewn contest, Ivanov defeated by two yukos. In the third round Ivanov faced his stiffest challenge against reigning Olympic champion KIM Jae Bum (KOR). Ivanov managed to make things difficult for the Korean who in the last minute scored waza ari with morote seoi nage. However, Ivanov managed to dig deep and came back with 18 seconds left on the clock to throw Kim with a “Khabarelli” pick up and then held Kim with tateshiogatame for a shock win.

In the quarter final Ivanov faced CSOKNYAI Laszlo (HUN) whom the Bulgarian had fought and lost to once before at the European Cup in Belgrade in 2012. Here in Abu Dhabi, after a minute and a half, Ivanaov threw the Hungarian with o soto gari for ippon. In the semi final Ivanov faced Sirazhudin MAGOMEDOV (RUS) whom he threw with o goshi for waza ari and then uchi mata sukashi to take his place in the final.

Home favourite, Srgiu TOMA (UAE) was Ivanov’s opponent and, in a final that promised much for the home fans it was the Bulgarian who ended up taking the gold eventually throwing Toma for ippon to begin Bulgaria’s first ever Grand Slam winner.

Ivanov hails from Montana in north western Bulgaria, a city with a population of around 40,000 people. He now trains under his coach Atanas Gerchev in Sofia where he lives with his girlfriend.  “The win against Kim gave me the most pleasure. I’d been working on that technique with some Georgian friends and with only a few seconds left I put everything into it and caught him [Kim],” said Ivanov.