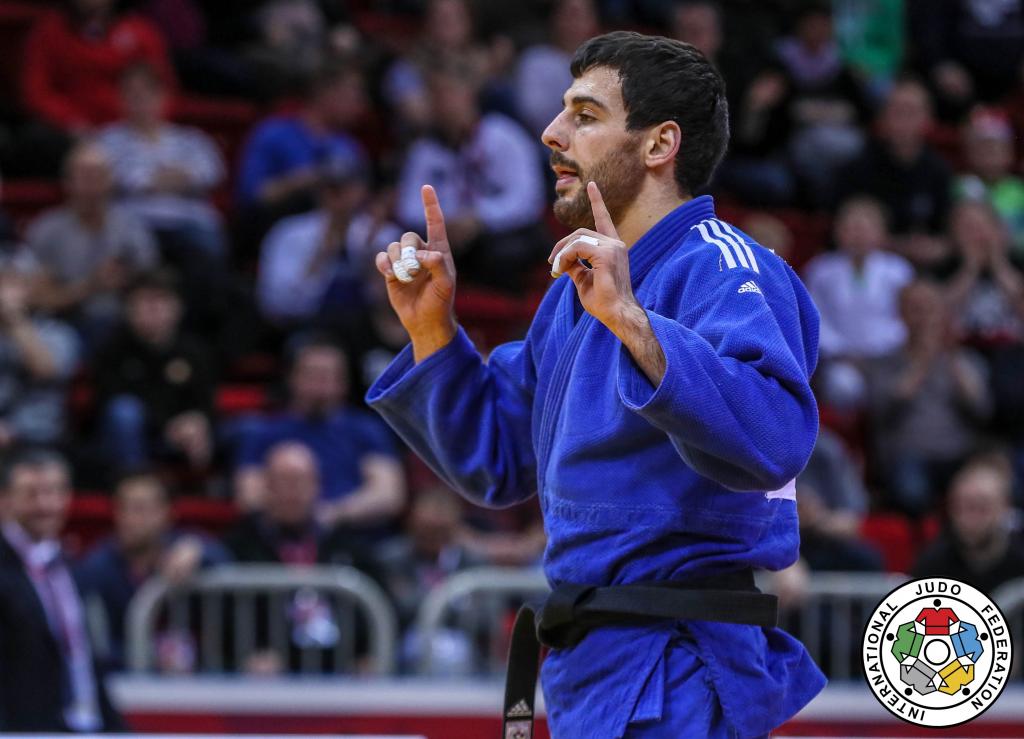 The third and final day of the Dusseldorf Grand Slam saw Mammadali MEHDIYEV (AZE) grab the biggest prize of his international career to date. In a field of 62 judoka, the largest weight category in the competition, Mehdiyev battled ferociously in what must surely have been his longest day on the IJF World Tour. Without the benefit of a first-round bye, Mehdiyev was required to defeat six opponents on his way to the gold medal in the -90kg category, to place him atop the Grand Slam podium for the first time.

There may be those who will consider Mehdiyev to have been lucky to have found himself in the lower half of the draw, given that the top half contained four world champions including current title holder Nikoloz SHERAZADISHVILI (ESP), GWAK Donghan (KOR), Avtandil TCHRIKISHVILI (GEO) and Loic PIETRI (FRA). With that concentrated a line up, the crowd in the ISS Arena did not have long to wait for the carnage to begin. With each round came a new victim.

The first of the “famous four” to fall was Tchrikishvili who, to be fair, could hardly be considered to have fallen; an injury picked up in the warm-up area kept him from reaching round one and the tatami at all. In round two it was Pietri who lost out to Mikhail IGOLNIKOV (RUS). Round three saw Gwak lose to MURAO Sanshiro (JPN). That left Sherazadishvili whose quarter final loss to Jesper SMINK (NED) consigned the Spaniard to the repechage and meant that at the very least there would be no world champion (current or otherwise) battling for the top spot.

Sailing serenely through the lower half then was Mehdiyev, who on his way to the semi-final enjoyed wins over Li KOCHMAN (ISR), BU Hebilige (CHN), Robert FLORENTINO (DOM) and world silver medallist Ivan Felipe SILVA MORALES (CUB). Number two seed Aleksandar KUKOLJ (SRB) had made his way to the semi-final but he too fell at the hands of the unstoppable Mehdiyev. In the final even the dangerous Murao found Mehdiyev too hot to handle, the Japanese being thrown for waza ari and it with that single score the Azeri hero secured the gold medal. Quite by chance (call it luck if you wish) not one of the “four”, nor Mehdiyev, had to face one another. 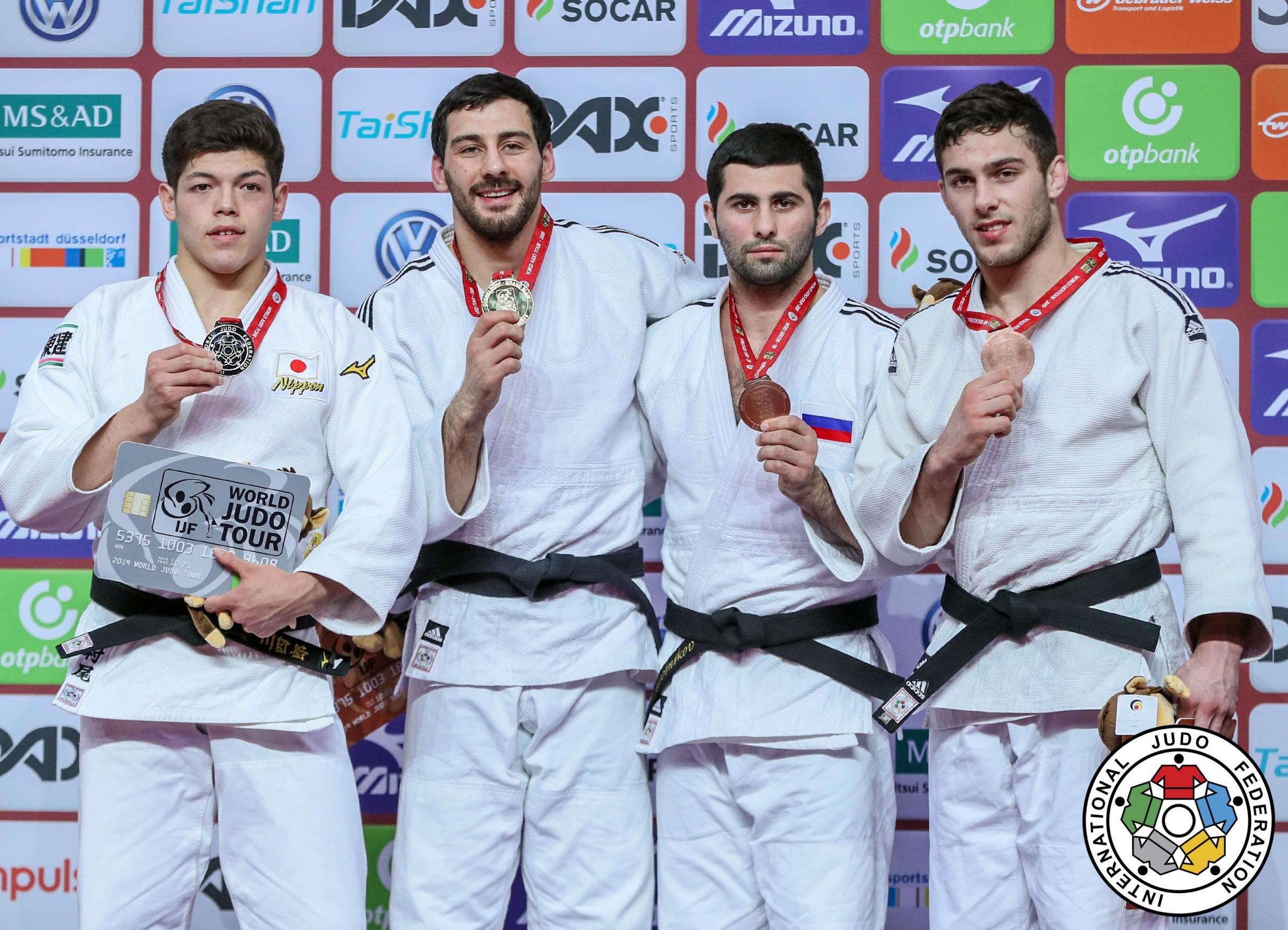 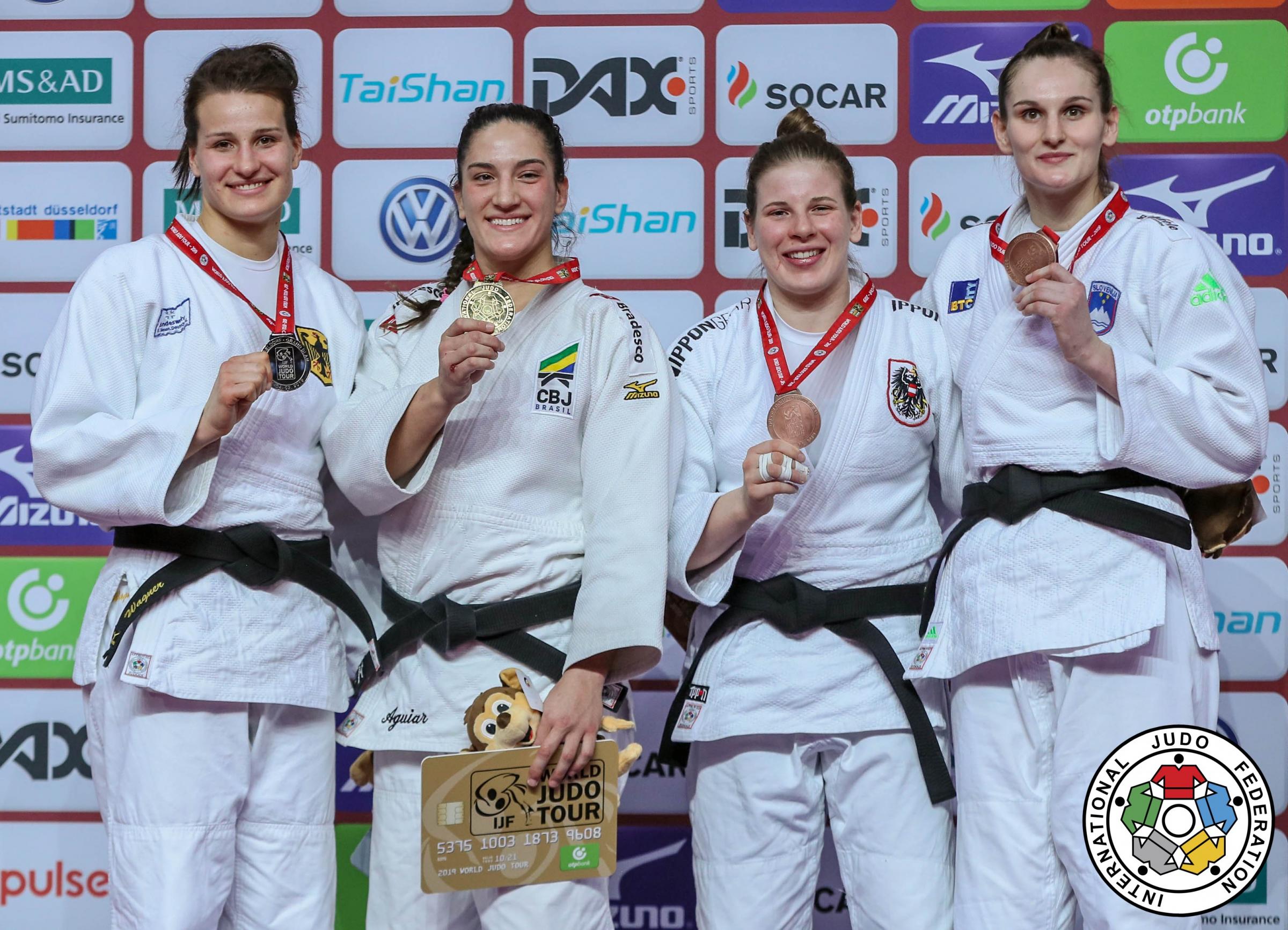 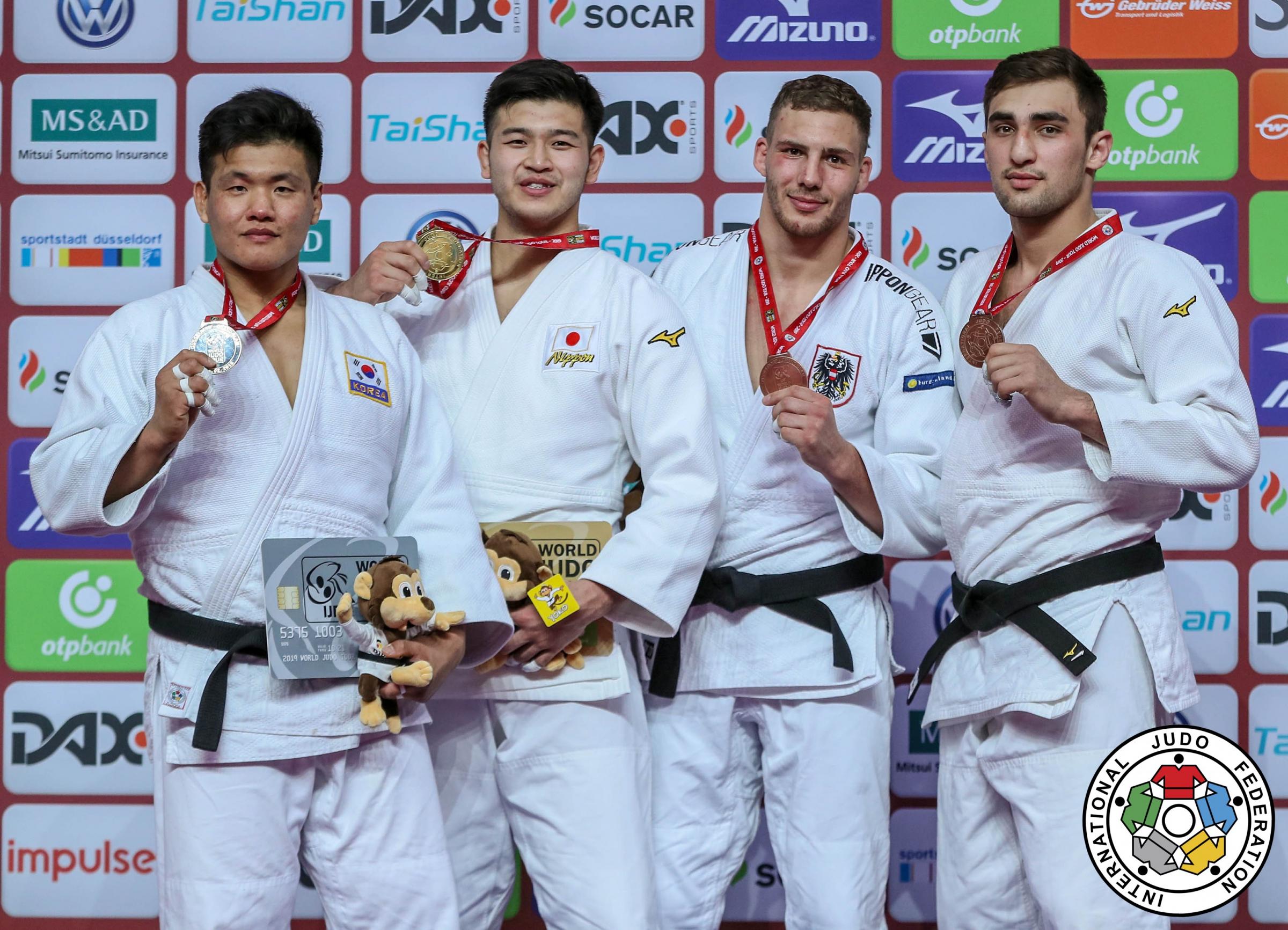 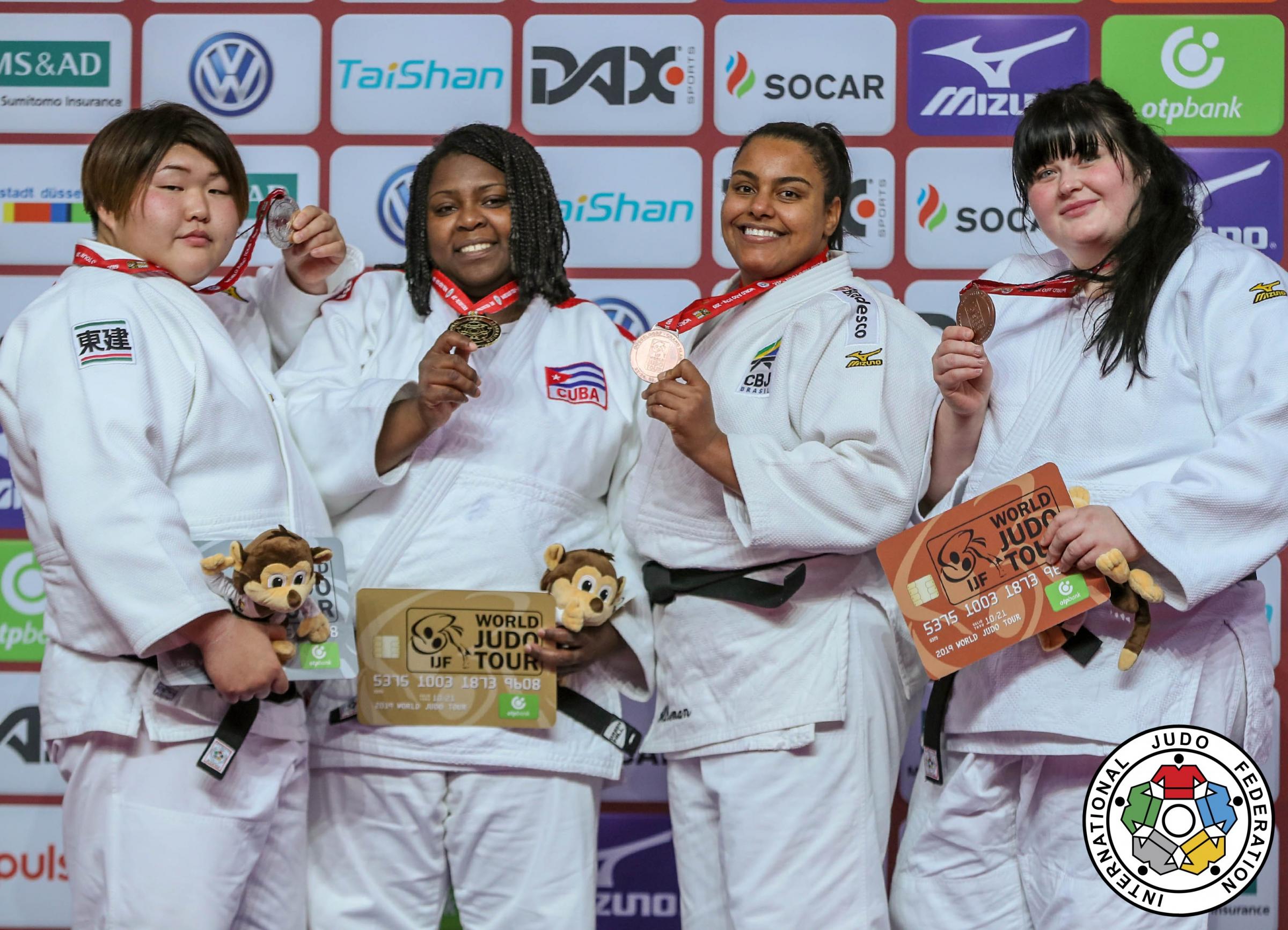 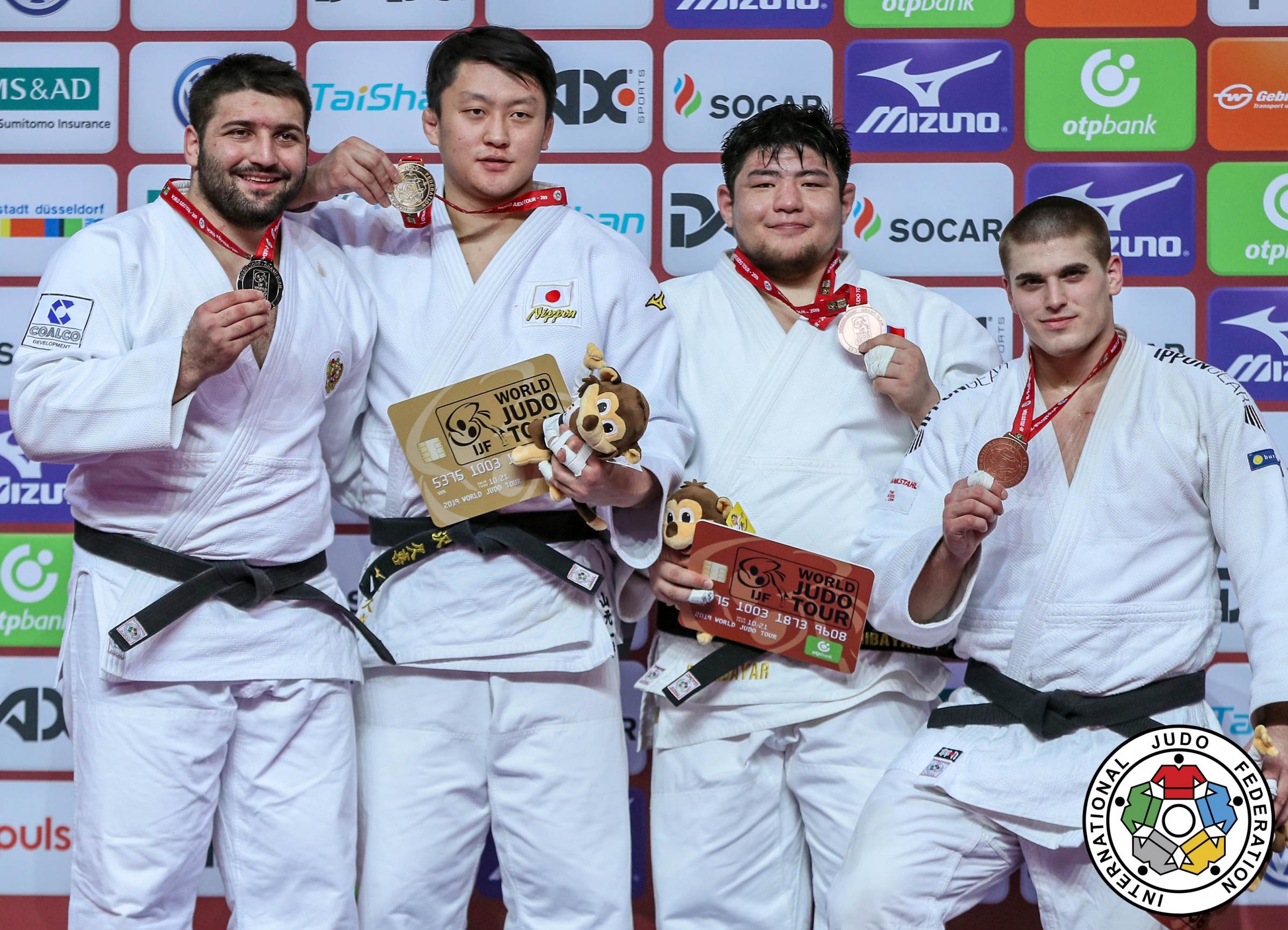 In the -90kg category the gold medal was won by Mammadali MEHDIYEV (AZE) when in the final he defeated MURAO Sanshiro (JPN). The bronze medals were won by Mikhail IGOLNIKOV (RUS) and Jesper SMINK (NED).

In the -100kg category the gold medal was won by IIDA Kentaro (JPN) when in the final he defeated CHO Guham (KOR). The bronze medals were won by Laurin BOEHLER (AUT) and Zelym KOTSOIEV (AZE).

In the +100kg category the gold medal was won by HARASAWA Hisayoshi (JPN) when in the final he defeated Inal TASOEV (RUS). The bronze medals were won by Stephan HEYGI (AUT) and ULZIIBAYAR Duurenbayar (MGL).