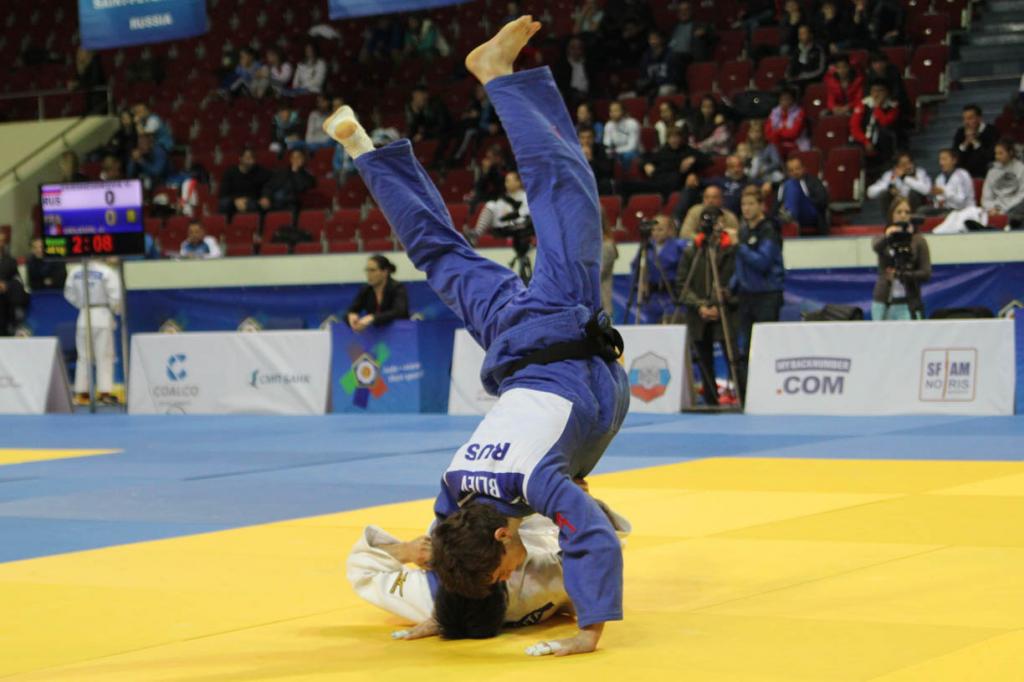 On the 18th of April in Sport complex Jubileiniy of St. Petersburg (Russia)

there started Junior European Judo Cup among the sportsmen aged before 21.

57 (girls) competed for the first set of awards. Judokas from Scotland (included to

part in the tournament of the city on the banks of the Neva River for the first time.

– We are very lucky to be here, in Saint-Petersburg. The city is lovely, the

people are very friendly here, and the strongest sportsmen came to the competition,

French debutants showed their best: Amina Abdelative, who for the first

time came to Saint-Petersburg as a coach, noticed, that the best expectations were

connected with Sephora Coher, 48 kg: “We are waiting for the victory”.

The hopes turned into reality: Sephora Coher got the golden award.

Saint-Petersburg. He mentioned Amber Gersjes, who won in 44 kg. The second

of them – golden). Japan got 5 awards. The teams of Azerbaijan and Kazakhstan