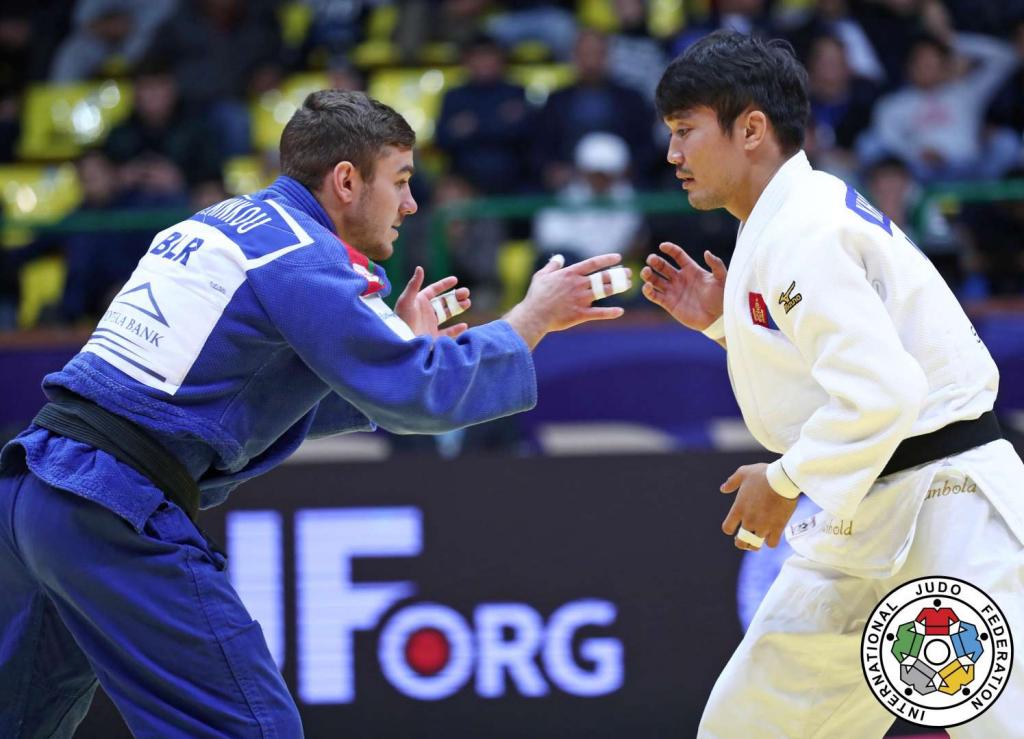 Dzmitri MINKOU (BLR) followed up his promising 7th place finish at last month’s senior world championships in Budapest by taking gold in the -66kg category on the opening day of the Tashkent Grand Prix. The 21-year old Belarusian began in devastating form when, after a first round bye, he threw Abilkaiyr MAULENIN (KAZ) for ippon with a huge ura nage after only 20 seconds. This put Minkou into the quarter final where he faced Kenneth VAN GANSBEKE (BEL). Both judoka battled strongly and wee evenly matched. But, with 18 seconds left on the clock, Minkou launched a powerful left sode tsuri komi goshi attack that catapulted Van Gansbeke on to his back for ippon. In the semi final Minkov made it three out of three ippons when he threw Sardor NURILLAEV (UZB) with a beautifully timed ko soto gari. Ganbold KHERLEN (MGL) stood between Minkou and the Belarusian’s first ever IJF World Tour gold medal. Minkou was helped, to some degree, by the attacking nature of Kherlen who in attempting a slightly ambitious ko uchi gari was countered by Minkou with te waza for waza ari. Kherlen made a good effort to pull back the score but, with only 30 seconds left, became slightly desperate an, whilst attempting an uchi mata, was countered by Minkov with ko soto gari for a second waza ari after which Minkou the young man from Minsk closed out the contest.

When asked about his thoughts at the outset of the competition Minkou said, “I felt strong this morning and thought that I could win the gold medal. I would have been disappointed to have been in any position on the podium.” Coached by former Belarusian heavyweight, Leonid SVIRID, Minkov will compete next month at the Junior European Championships to be staged in Podgorica. With regard to his favorite player on the circuit at the moment, Minkov had no hesitation in picking out Japan’s ONO Shoei.