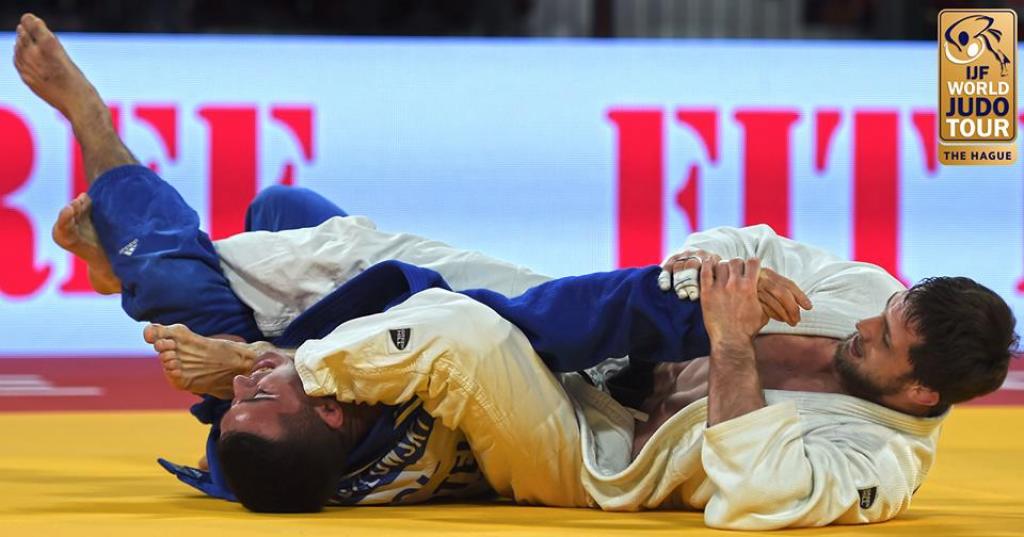 World number one in the -90kg category, Alexander KUKOLJ (SRB), put in a solid performance to take the gold medal on the third and final day of The Hague Grand Prix. With only three of the world’s top 20 in attendance in the weight category, early predictions were for a final match-up with world number four Nikoloz SHERAZADISHVILI (ESP). But the Spaniard suffered two inexplicable losses to opponents ranked well outside that top 20 (indeed one could add a zero to the respective rankings of the challengers and still not locate them on the ranking list).

En route to the final Kukolj defeated first Mihail MARCHITAN (UAE) whom he threw with a huge o goshi for ippon. In the quarter final Kukolj came up against 21-year old newcomer Bas VAN EMPELEN (NED) making his debut on the IJF World Tour. A single waza ari scored with uchi mata by Kukolj was enough to put the Serbian into the semi final where he met Rafal KOZLOWSKI (POL). But Kukolj was in no mood for putting out the welcome mat for the promising Tour debutant. A competent display in newaza saw Kukolj apply jujigatame from which Kozlowski submitted to put Kukolj into the final. In the end it was Magomed MAGOMEDOV (RUS) who ended up facing Kukolj in the final. Kukolj had lost to the Russian two months earlier but this time made no mistake when, with only 30 seconds on the clock, the Serbian scored waza ari with ko uchi gari that proved enough to take the gold medal.

This was a first IJF Grand Prix gold medal for Kukolj but that was not something that featured in his thoughts today. Perhaps the strength of the opposition was on his mind? “I can’t really say who my toughest opponent was, heh they are all tough. I focused today on what I had to do, taking one contest at a time and I was pleased with the way I was able to concentrate.” There will be little or no opportunity for Kukolj to rest. “I will be competing for my club at the European Club Championships next week and then on to Tokyo for the Grand Slam,” said Kukolj.