Paris may be a happy hunting ground for Frank DE WIT (NED) as he collected his first ever IJF Grand Slam gold medal here today when he won the -81kg category. This was not his first appearance in Paris as he had won bronze in 2015 when making his debut.

De Wit began his day with a first round bye, after which, in his second round contest against Bilgee BAYANAA (LUX), he launched a huge te waza to score ippon and take a place in the third round. This brought about a match up with Emmanuel LUCENTI (ARG). It was the first time that the pair had met in competition and it proved an unfortunately lack luster contest resulting in hansokumake for Lunceti who collected three shidos. This put De Wit into the quarter final against NYAMSUREN Dagvasuren (MGL). Again, it was to his explosive te waza that De Wit turned successfully, countering the Mongolian’s ko soto gake attack in golden score for waza ari that ended the contest. With his te waza working so well De Wit must have thought that it was a technique worth persevering with as, in his semi final with Eduardo SANTOS (BRA), he succeeded in throwing the Brazilian after only 35 seconds for ippon. In the final De Wit overcame by waza ari Zebeda REKHVIASHVILI (GEO) and with the win his first ever IJF Grand Slam gold medal. 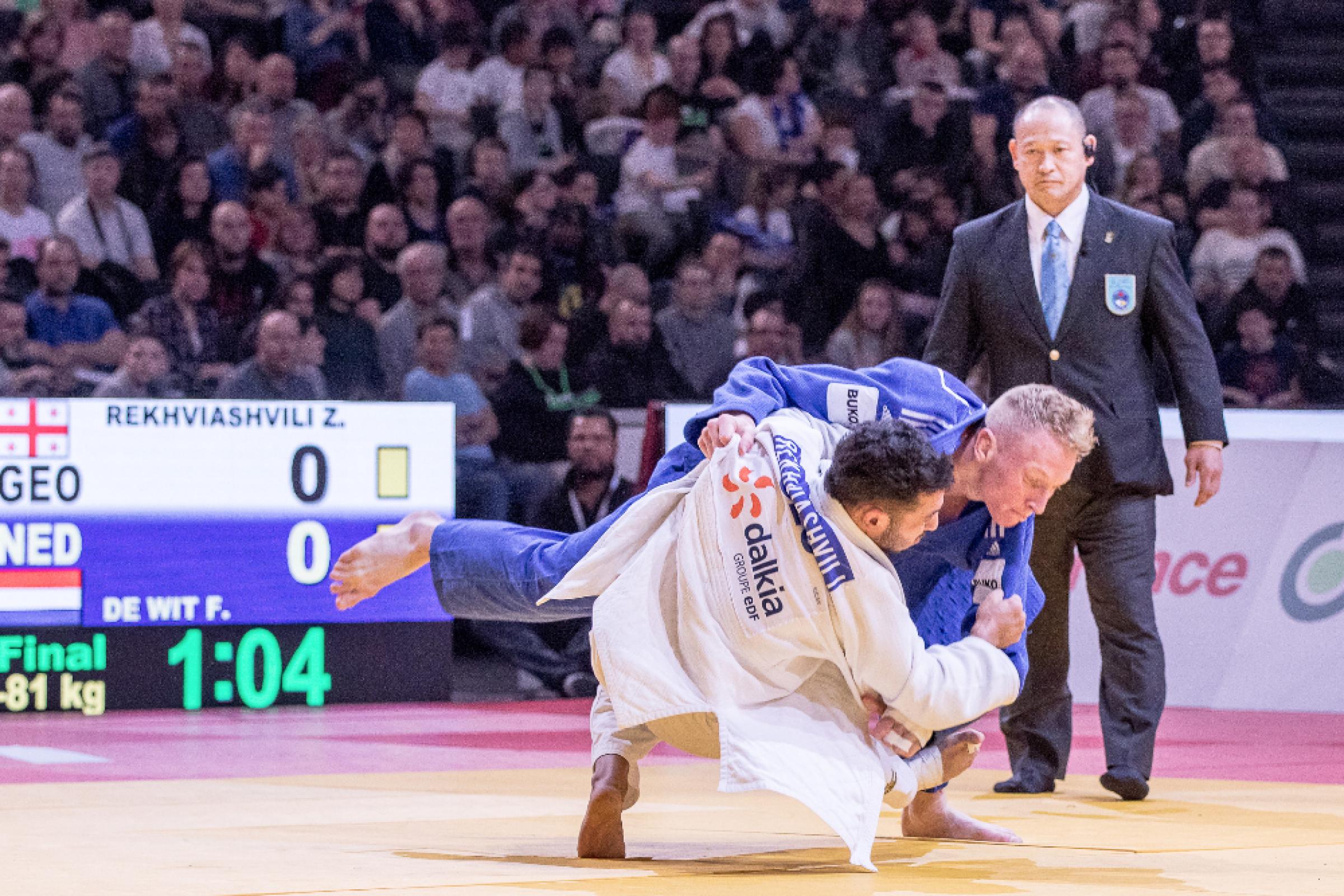 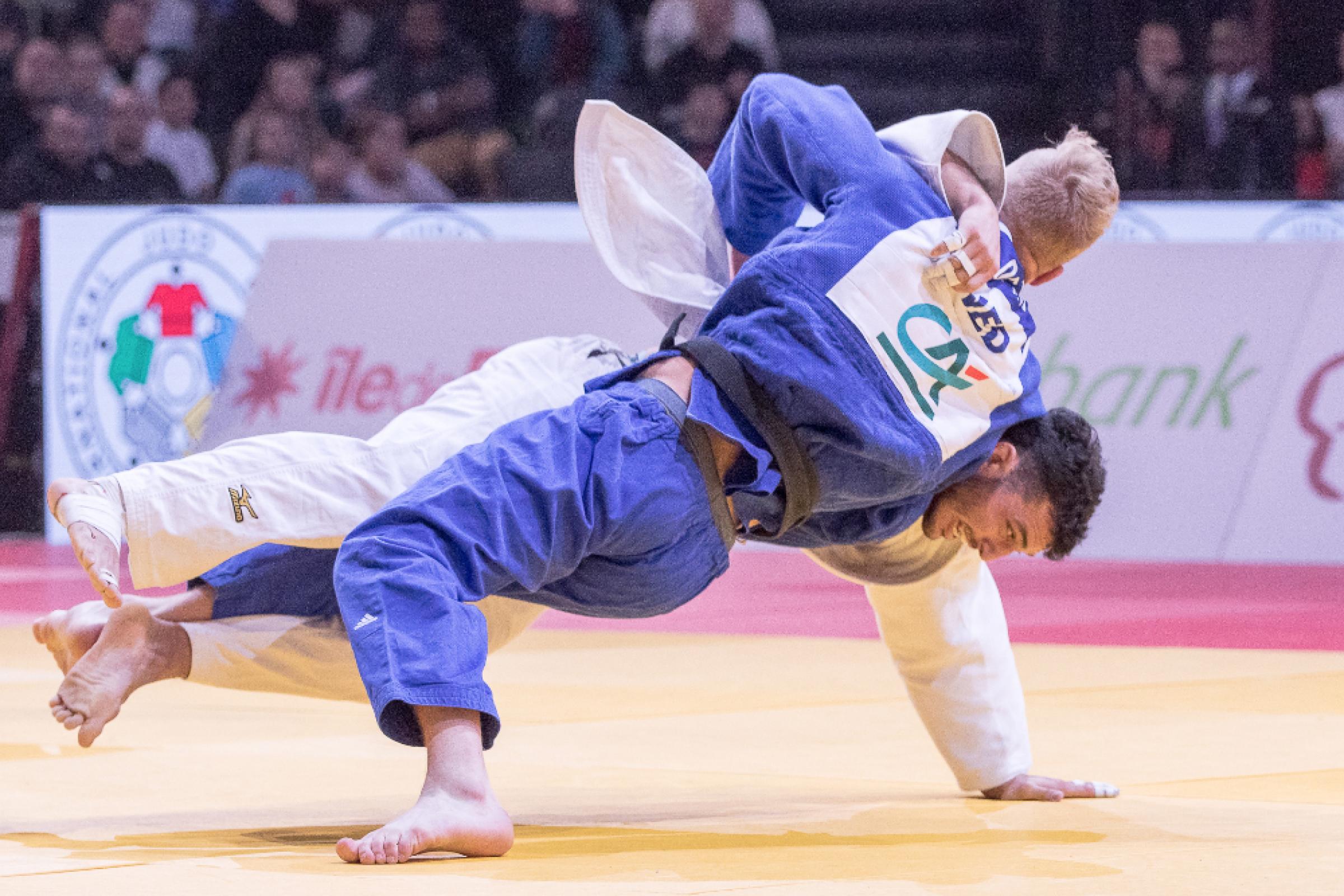 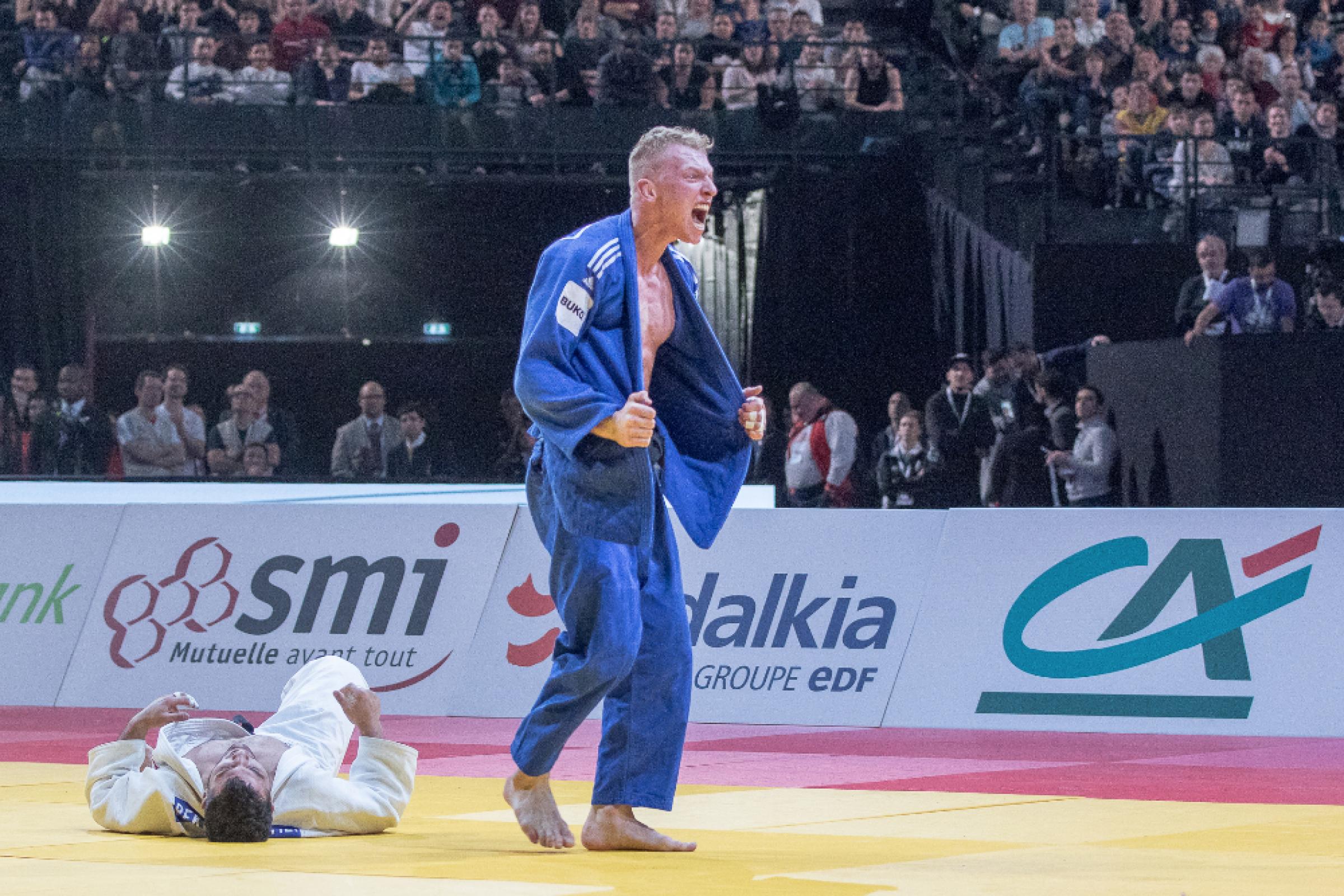 With regard to facing Rekhviashvili, De Wit said, “I knew that he would be a tough opponent. But I was confident that the longer the contest went on, the better I would perform and so it proved.” With regard to whether he [De Wit] had made any special plans for facing Rekhviashvili, De Wit said, “My coaches had watched his contests and we of course discussed some things before the final. But in all honesty I concentrated on simply doing what I know I do best. I have to say that the whole atmosphere in Paris is so special that when the final began I felt a big boost from the crowd. Perhaps it was because I defeated all the players who had defeated the French!”