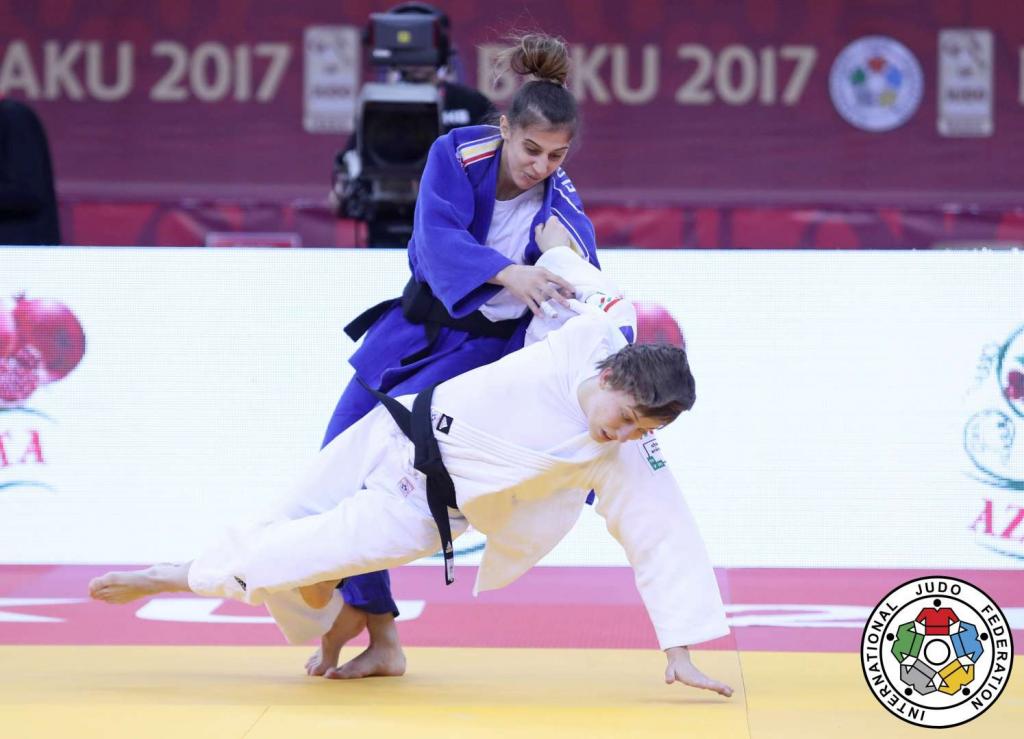 The opening day of competition at the Baku Grand Slam saw 21-year old Alexandra-Larisa FLORIAN (ROU) take gold from a trio of newcomers in the -52kg category. With an entry of 13 in the weight category number two seed Florian was one of three competitors to benefit from having a first round bye.

Her first opponent was London Olympic bronze medallist at -48kg Charline VAN SNICK (BEL) who was making only her second appearance in her new weight. In an intriguing and keenly fought contest it was Van Snick who, after a little over a minute of golden score, was given a penalty for passivity (her third of the contest) handing Florian a place in the semi final.  The next newcomer to stand in Florian’s path was 2012 Olympic champion Sarah Menezes for whom Baku was her third outing at -52kg. Florian must have thought that it was her birthday as yet another opponent committed three errors gifting the Rumanian a place in the final. There Florian faced 20-year old PUPP Reka (HUN) for whom, like Menezes, Baku was her third competition at the new weight.

This time around Florian was not relying on another “gift” and within 20 seconds threw Pupp with left uchi mata for waza ari. From that point on Florian maintained careful control of the contest to secure (at her fourth attempt) her first ever Grand Slam gold medal.  When asked about the significance of today’s win Florian said,

“I am more relieved than anything else to have finally made it to an IJF World Tour final, but to have have won is obviously great.”

As to what is her next goal Florian responded by saying,

“I hope to be on the podium at the Senior European championships next month.”