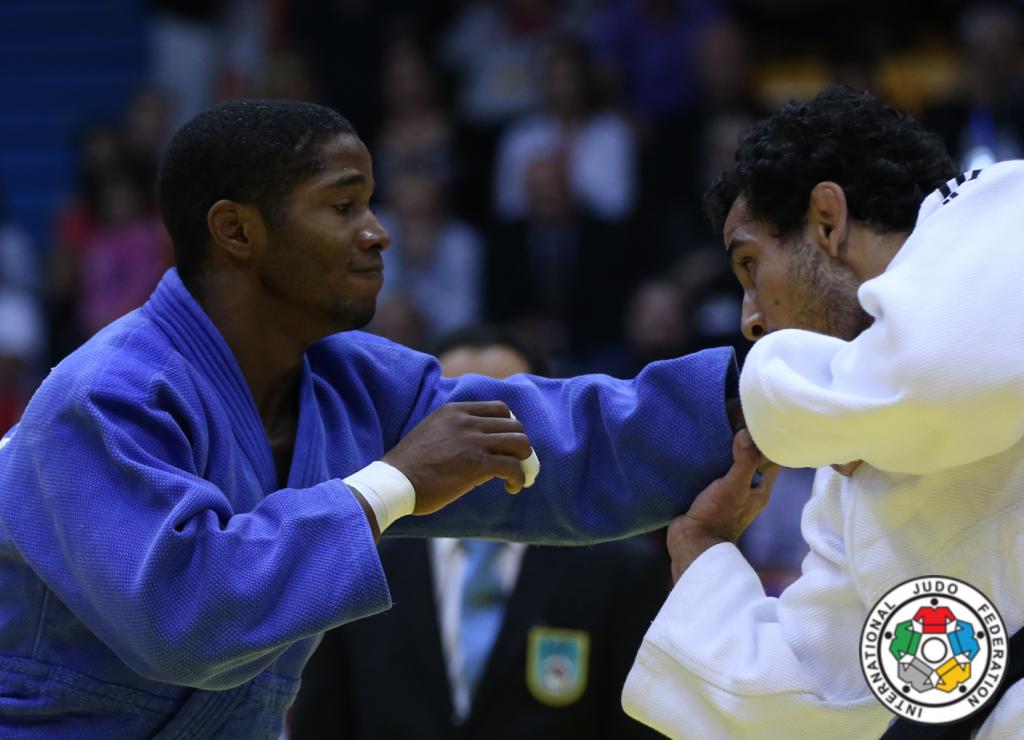 Current European champion at -73kg Dex Elmont NED won gold today at the Zagreb Grand Prix and in doing so cemented his place in the top ten on the IJF WRL. In a strong field, number 2 seed Elmont, managed to find the podium, indeed the top of it, something that Rok Draksic SOL (1), Denis Iartcev RUS (3) and Ungvari Miklos HUN (4) all failed to do, all three bowing out in their opening contests. First to fall was Draksic who came unstuck in a bruising battle with Belgium’s Jean-Yves Bottieau. Ungvari, who lost out to Andre Alves POR, followed him quickly. One of the best contests of the day featured Iartcev, but it ended up with the Russian losing to Kiyoshi Uematsu ESP the latter being then to “burned out” to get past his next opponent, Andrea Regis ITA. But Elmont avoided any such obstacles and moved through the field by defeating firstly Bayram Ceylan TUR by ippon with sangaku gatame. In the third round Elmont threw Jakub Jecminek CZE for ippon with a huge left o soto gari. This set up a quarter-final match with Brazil’s Leandro Cunha and, in a very close contest, it was Elmont who won the contest on the back of a single yuko scored with right sided ippon seoi nage. In the semi-final with Nick Delpopolo USA neither fighter was able to come up with a score. However, Delpopolo committed three errors punished with shido whilst Elmont managed to escape with just a single shido to take the contest and a place in the final. His opponent in the final was Alves the two never having previously faced one another. Elmont proved superior, throwing the Portuguese for waza ari with morote seoi nage the only score of the contest. Elmont is missing one medal in his collection and that is an Olympic medal and, after a fifth place finish in London the 30 year old Dutchman is eager to be well placed for Rio. This win goes some way to bringing that dream closer. There were gold medals in the -63kg for Tina Trstenjak SLO, in the -81kg for Sirazhudin Magomedov RUS and in the -70kg Kelita Zupancic CAN.